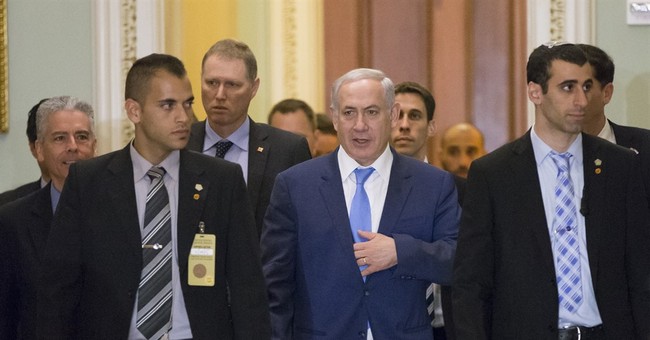 Americans could learn a thing or two from Bibi Netanyahu.

The Israeli prime minister was in Washington this week to receive the American Enterprise Institute's Irving Kristol Award. He made some controversial remarks -- at least controversial at AEI, where I am a fellow, and where the freedom agenda is alive and well -- about the need to be realistic about what's going on in the Middle East. Sometimes, he said, brutal dictators are better than the real-world alternatives: even more brutal Islamist movements hell-bent (or, if you prefer, paradise-bent) to conquer the world.

Less controversial but more intriguing was his description of the turmoil in the Middle East. "The core of the conflicts in the Middle East is the battle between modernity and early primitive medievalism," Netanyahu explained.

Everyone understood what he meant, of course. The Islamic State believes the Muslim world took a wrong turn more than a thousand years ago.

The Taliban, the Wahhabis, al-Qaida, the Muslim Brotherhood and all the other Islamists share this same worldview to one extent or another. Not every Islamist believes in crucifying Christians or throwing acid in the face of little girls going to school. But they all reject modernity, pluralism, secularism, democracy and, in many cases, even science.

"Medievalism" isn't a perfect word, but it's a better word than "terrorism" or "Islamism."

President George W. Bush settled on "the war on terror" to describe our fight with Islamic terrorists. But there are problems with using "terrorism" as a euphemism for Islamic radicals. I'll give you three.

Second, in a war, tactics are secondary. Let's imagine the Islamic State kept growing and became a major military power. If it replaced typical terror tactics with tanks, ships and armies but continued to make war against the U.S. and our allies, that wouldn't change the fact that we'd still need to destroy our enemy.

Last, there are many terrorist groups that are not Islamic at all. The self-described "Real IRA" is certainly a terrorist outfit, and I have no problem with it being crushed, but it is not a strategic threat to the United States.

This is why many conservatives prefer terms like "jihadism" or "radical Islam" -- for the simple reason that it is more accurate. Conceptual clarity is essential to national security strategy.

Still, one can understand why Bush didn't want to declare war on Islamism or jihadism. Put simply, such labels create a propaganda problem because they make it easier for the radicals to claim we are at war with Islam itself. There are more than a billion Muslims in the world, and while far too many are sympathetic to the jihadists, there are still hundreds of millions who reject terrorism. It does not help us with our Muslim allies when we sound like we are at war with their faith.

Israel certainly can't afford to sound like it's at war with Islam, not when it needs to work with Muslim countries like Egypt and Jordan. Hence the term "medievalism." While not perfect, the term is far more clarifying and accurate than "terrorism." It also helps to illuminate why the left is so wrongheaded in its knee-jerk tendency to condemn criticism of Islamic radicalism as intolerant.

At the core of progressive ideology is the Whiggish idea that modernity is preferable to the customs of the past. As a conservative, I think progressives often go too far -- way too far -- in applying and misapplying this thinking. But they are right on the big picture. Modernity -- by which I mean tolerance, pluralism, equality, democracy -- is preferable to absolutism.

In February the U.N. issued a report chronicling how the Islamic State was burying alive, beheading and crucifying children. The next day, President Obama went on a tear about how we in the West shouldn't get on our "high horse" about it because Christians did terrible things a thousand years ago.

I'd still rather live under medieval Christians than under the Islamic State, but that's beside the point. The reason Obama's statement was so morally obtuse is that he was comparing medieval Christians from a millennium ago to monsters who proudly videotape their crimes in the here and now. If we can't get on our high horses about that, what use is there in having high horses at all?