How to Kill the Summer Job 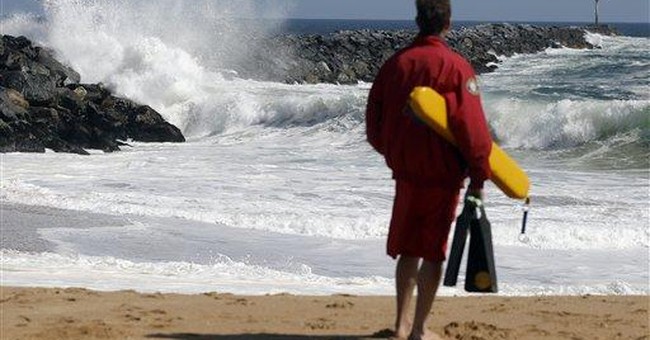 I had a lot of summer jobs. I was a foot messenger in New York for a couple of summers. I worked as a receptionist and mail room flunky. Before my junior year of high school, I briefly sold ice cream snacks -- sort of yuppie bonbons -- on the street for a company called Love Bites. The uniform was a tight red T-shirt (with a cupid over the heart), a straw hat, cane and snug brown shorts. When my manager asked me to work weekend nights in the (famously gay) West Village, I defected to a company that sold Italian ices. First, I didn't want to work nights. But at 16, I also wasn't ready to say, "Hey mister, would you like a Love Bite?" to the gang leaving the Stonewall Inn.

Truth be told, all I wanted out of most of these gigs was beer money. Today, however, psychologists, educators and economists all talk about the benefits of summer jobs in the context of acquiring "life skills."

These early part-time or temporary jobs teach young people to manage money. (I learned to buy cheap canned domestic beer, for instance, not the trendy imports or microbrews.) They help develop good work habits: show up on time, follow instructions, be courteous to customers, etc.

Basically, working teaches young people how to work. There's no substitute for it.

That's one reason I find the race to raise the minimum wage across the country so problematic. I understand the good intentions underlying it. But the idea that the minimum wage -- at least for young workers -- should be a "living wage" is absurd, even immoral. Employers are taking a risk when they hire people with no work experience. Why further discourage that?

Subsidize something and you get more of it. Tax it and you get less. There are plenty of ways to subsidize low-skill hiring -- an expanded earned-income tax credit, for instance. Instead, a higher minimum wage taxes the employers who hire low-skill workers. That's nuts.

Meanwhile, the summer job isn't extinct -- yet. In 1999, 52 percent of teens worked summer jobs. These days it's a third, and dropping. That's not just because of a bad labor market. This summer, even as the economy picked up, youth employment continued to decline. Indeed, according to the Pew Research Center, teen employment has been going out of fashion since 1990. Why?

The answer for one slice of the labor market -- college-bound teens from relatively affluent families -- seems to be that they are focusing all of their energy on enhancing their transcripts with unpaid internships (which Charles Murray calls "affirmative action for the advantaged"), self-interested volunteer work and test-prep or other courses. Affluent parents encourage their kids to study Mandarin or sponge oil off sea birds to prove how "selfless" they are to admissions officers.

Kids who've already gotten into college have turned their backs on summer work too. Visit summer tourist spots such as North Carolina's Outer Banks, Delaware's Rehoboth Beach or Martha's Vineyard in Massachusetts and you'll find that the positions once held by students from Eastern colleges are now filled by kids from Eastern Europe. It's interesting that many of these decidedly liberal communities would rather import labor from Belarus than from Baltimore.

(It's also telling that the very same unions that campaign for hikes in the minimum wage also want union members to be exempt from it. That way unions can pad their membership rolls while becoming a monopoly supplier of cheap labor to businesses. It's a disgustingly cynical ploy.)

Affluent kids may be less well adjusted and self-confident because they lack real work experience. Poorer youth truly suffer when they can't get a foothold in the workforce as early as possible.

But there's another long-term problem. America is raising a whole generation of "leaders" who see the people they are supposed to represent as abstractions rather than as individuals they have served, worked with or worked for. Just as we want civilian leaders who know what it's like to wear the uniform, we want policymakers who know what it's like to work -- and hire -- in the trenches.