Lawfare is Killing the Death Penalty 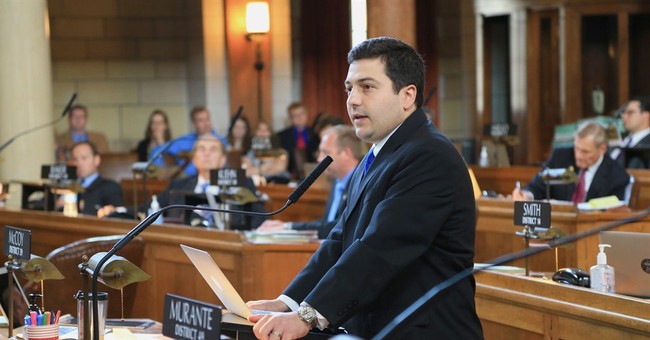 Last week, the Nebraska legislature voted to do away with the death penalty. I think that was a mistake. But that's a conversation for another day. Instead, I want to talk about a lesson we might take from the decision.

Charles Murray (my colleague at the American Enterprise Institute) has written a book, "By The People: Rebuilding Liberty Without Permission." The first third of the book is the best diagnosis of America's governmental sickness ever written for the non-specialist.

I say "diagnosis," but Murray might call it an autopsy. "The founders' Constitution has been discarded and cannot be restored," Murray writes. The framers never imagined -- and would have never consented to -- the massive welfare state we have today.

The demise of the founders' constitution was a death of a thousand cuts, but the fatal blow was arguably the 1937 Supreme Court case Helvering v. Davis, which made the phrase "promote the general welfare" in the Preamble of the Constitution into a license for runaway government. The New Deal court redefined "general welfare" to mean pretty much anything Congress wanted to spend money on, from Social Security, to (later) Medicare, Medicaid, mohair subsidies, ethanol, etc. The decision, according to Murray, "destroyed the limits on the federal government's spending authority."

Murray says we can't go home again. Desirable or not, restoring the old Constitutional guardrails would "throw the country into chaos," he writes. The court would never do it, and no Congress or White House would comply with the decision if it did.

But our problems don't end there. Thanks to Congress' generosity with money it doesn't have, government has become akin to a supercomputer that has become self-aware. It protects its own interests at all costs. Specifically, the bureaucracy has become a political class unto itself. Without the consent of the governed, regulators have created a regime of legalized lawlessness in which they get to create rules essentially for their own amusement.

Murray's remedy is to fight back through a mixture of lawfare and outright civil disobedience. He wants to create a "Madison Fund" that would bankroll a massive effort to flood the courts with lawsuits challenging this undemocratic and arbitrary government-within-the-government. The hope would be to raise the costs of regulation to the point that the government could not afford to waste time and effort on stupid rules. Needless to say, the idea is controversial and not without risks or flaws. Even many who are sympathetic to his diagnosis are skeptical of his remedy.

But then there's the example of the death penalty. One of the chief arguments cited by conservative Nebraska lawmakers opposed to the death penalty is that capital punishment has simply become too costly.

It's true that the death penalty has become wildly expensive. But why? Shouldn't executions cost less than lifetime room and board? The reason is simple. For decades, the anti-capital punishment bar has flooded courts with expensive appeals and challenges and then used the costs they've generated as an argument against the practice.

Obviously, some of these appeals have been warranted, as far too many have been wrongly sent to death row. But the well-funded opponents of the death penalty make no such distinction. They make the executions of even the most heinous and transparently guilty murderers as expensive as possible. It's a deeply cynical strategy deployed in service of sincerely held conviction. And it works. Who's to say the strategy wouldn't work elsewhere?