The "to Hell with Them" Doctrine 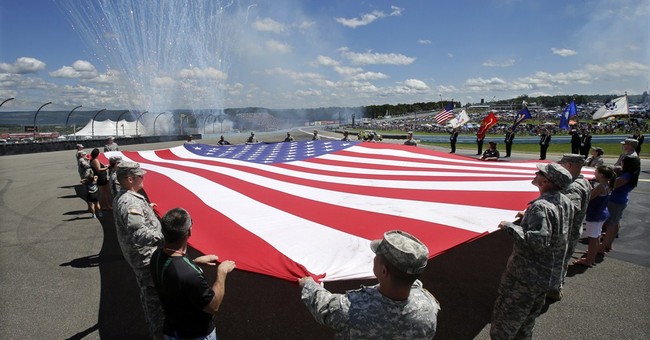 Maybe everyone is misreading America's views on foreign policy?

Among Republicans, there's a big argument between the so-called isolationist wing of the party and the ostensibly interventionist wing. On the left, there's a similar debate (though liberals are never described as isolationists no matter how isolationist they might be). Among Democrats, the dividing lines are murkier if for no other reason than the Democratic Party takes its lead from President Obama, and his own views are murky, to put it charitably.

The biggest boon to the anti-interventionists is the simple political reality that Americans just don't want to intervene in Syria. They also want to get out of Afghanistan. They don't seem to care much that Iraq is slowly sliding back into chaos. The footage out of Egypt may be horrific, but I would be surprised by any groundswell of sympathy for the Muslim Brotherhood.

Some commentators paint all of this as part of a general isolationist or inward-looking attitude on the part of the American people. And lord knows that after so much American blood and treasure has been spilt since 9/11, nearly everyone is war-weary.

But there's a simpler reason for American reluctance to intervene in the Middle East that plays a much bigger role in peoples' attitudes about foreign policy. It can be summed up with the words "to hell with them."

I borrow the phrase from my National Review colleague Rich Lowry. In 2006, as even the rosiest scenarios in Iraq turned gray, Lowry wrote an essay on how the Bush administration was losing the support of the "to hell with them" hawks. These were, in Lowry's words, "conservatives who are comfortable using force abroad, but have little patience for a deep entanglement with the Muslim world, which they consider unredeemable, or at least not worth the strenuous effort of trying to redeem."

Recall that this was the time when the Palestinians held an election in Gaza and proceeded to elect a repugnant terror organization, Hamas, as their dictators. President Bush routinely responded to every fresh atrocity by insisting "Islam means peace" until it became a punch line.

Over the preceding two decades, the U.S. sent troops into harm's way five times to liberate Muslim people -- in Bosnia, Kosovo, Kuwait, Afghanistan and Iraq -- and yet America's reputation generally worsened. And whenever Muslim fanatics launched horrific and brutal terrorist attacks -- mostly slaughtering fellow Muslims -- the supposedly vast reservoirs of moderate Muslims rarely voiced much outrage. Meanwhile, our supposed partners in Afghanistan and Iraq, never mind our allies in Egypt and elsewhere, didn't express much interest in democracy that extended beyond saying the right words to keep the river of U.S. tax dollars flowing.

The understandable -- if not necessarily laudable -- response from many pro-defense conservatives was, "To hell with them." They don't want our help and, besides, we can't help them when we try. If they attack us, will attack back, but beyond that, they're on their own.

That attitude is back with a vengeance, and not just among self-described hawks. There's even a version of that attitude among doves. Though they probably wouldn't say, "To hell with them," they share a similar attitude that there's little the U.S. can do for the Arab and Muslim world. Indeed, this exasperation is something of a boon for segments of the anti-American left, who've always seen U.S. power as a force for ill in the world. President Obama offered the Muslim world a grandiose do-over, promising to be, in effect, an anti-Bush president. He's now less popular among Arabs and Muslims than Bush was in 2008.

The "to hell with them" attitude is no doubt prevalent among Americans who dislike Muslims, but having animus in one's heart is not a prerequisite for exhaustion and exasperation with large swaths of the Middle East. All you need to do is read the headlines coming out of the Middle East and feel like, "I've seen this movie before." And thanks to fracking and other technological boons, the fact that we're becoming less and less reliant on Middle Eastern oil only serves to undermine arguments that we need regional stability at any cost.

You can't prove a negative, but my hunch is that support for Israel or South Korea, never mind our NATO allies, remains quite strong. If real friends were threatened, the American people would support coming to their aid. It's just that there's a growing -- or, in many cases deepening -- sense that we don't have real friends in the Muslim world.