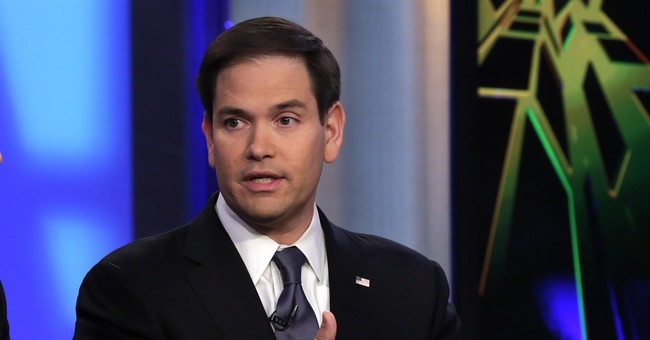 For those properly reverential toward supply-side economics, the great 19th century political economist Jean-Baptiste Say is a certain hero. Not only did he articulate brilliantly the essential truth about “supply” as the pre-requisite for “demand,” Say was also correct in his view that immigrants are treasures.

Say well understood that when a nation takes in immigrants, it welcomes the ambitious. Republican presidential candidate Marco Rubio is the son of Cuban immigrants, and based on his more welcoming, pro-growth stance toward the world’s strivers, the expectation was that he would similarly propose a growth-focused tax bill meant to greatly reduce the price placed on work. Yes, taxes are a price. They are nothing more than a penalty levied on work effort, and by extension, economic growth.

That’s why Senator Rubio’s recent rollout of his tax plan with Sen. Mike Lee (R-Utah) was such a disappointment. More than they’d like to admit, what they’re proposing would amount to a major tax increase for many Americans.

Sens. Rubio and Lee have feebly called for a reduction in the top tax rate from 39.6% to 35%. Lest we forget, there are no companies and no jobs without investment first, the rich by definition have the most disposable income to invest, so in reducing the price placed on their work so insubstantially, the Rubio-Lee plan would free up very little in the way of investment capital. Unfortunately, the story gets worse. Indeed, it’s likely that most relatively high earners would have even more of their earnings taxed away despite the proposed tax “cut.”

As Amity Shlaes and Matthew Denhart explained about Rubio-Lee in a recent Wall Street Journal op-ed, it “lowers tax thresholds drastically.” They note that singles would face the 35% top rate at $75,000 in annual income, couples at $150,000. The present top tax rate of 39.6% is surely way too high, but at least it doesn’t kick in for singles and couples until income rises to over $400,000. Put very simply, the Rubio-Lee tax cut is anything but. Unfortunately, the story gets even worse.

As the Senators themselves put it in a Wall Street Journal editorial last month, “economic freedom depends on equal opportunity and fair treatment under the law.” They’re surely right in what they say, but their tax plan undermines the laudable goal of equal treatment. If we ignore that graduated rates of taxation treat Americans very unequally while penalizing achievement, Rubio and Lee are calling for a $2,500 per-child tax credit that very explicitly hands to politicians the power to unfairly play favorites, all the while dictating what should be personal family decisions.

Not only should politicians have no say when it comes to influencing how many kids couples have, their reasoning for the child credit is even more disturbing. As they explain it, the credit will subsidize the raising of kids “who will grow up to fund the Social Security benefits of all future seniors.” Ok, politicians have made promises that Rubio and Lee intend to pay for through social engineering.

On the corporate side, even though the tax on business profits explicitly amounts to double taxation (individual taxpayers own corporations), Rubio and Lee commendably seek a reduction in the corporate tax from 35 to 25%. This is a positive on its face, but revisiting the senators’ laudable goal of “fair treatment under the law,” their tax plan is yet again about anything but equality.

Indeed, they call for 100% deduction of expenses for businesses making equipment purchases, inventory upgrades and infrastructure improvements, but such a “tax cut” is but another example of social engineering, corporate edition. To see why, readers need only consider 2008 taxpayer bailout recipient, General Motors. Long on plant & equipment, the tax subsidy Rubio and Lee are proposing would redound to GM in a big way. At the same time it would hurt a newer company like Uber whose value mostly resides in an “app.” Why should Uber face a tax rate of 25% so that GM can lower what it pays to well below 25% through tax subsidies on the equipment it purchases?

Worse, what of the smaller, up and coming U.S. businesses in need of equipment with an eye on becoming what GM once was, only in the future? Thanks to the Rubio-Lee 100% expensing subsidy, the small business of today will have to bid for always limited economic resources against much bigger, better capitalized companies backed up by a tax code engineered in their favor.

Some may reply that the equipment subsidy will boost consumption of plant and equipment to the benefit of the overall economy, but this ignores the simple truth that no act of saving ever subtracts from demand. If companies spend less due to a lack of the Rubio-Lee subsidy, that just means their savings will be lent to other businesses in actual need of capital equipment. The consumption will take place either way, but without all the tax-code favoritism.

Added all together, there’s little to recommend about Marco Rubio’s tax plan. Billed as something that will reduce the burden of government while increasing fairness before the law, a look inside Rubio-Lee reveals quite the opposite.

In the end Rubio’s tax plan has nothing to do with economic growth, and because it doesn’t, his candidacy is imperiled. Rubio is promising stagnation when primary voters seek growth. He’s selling what voters aren’t buying.