John Stossel
|
Posted: Dec 21, 2016 12:01 AM
Share   Tweet
The opinions expressed by columnists are their own and do not necessarily represent the views of Townhall.com. 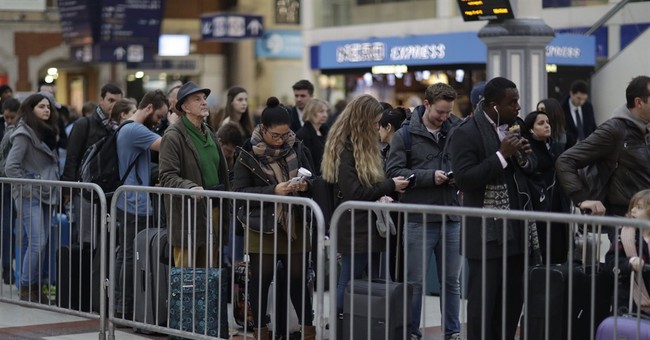 When Puzder took over Carl's Jr. and Hardee's restaurants, they were deep in debt. Four years later, they were profitable. I bet his 70,000 workers are happy about that.

"What did you do that your predecessor didn't?" I asked Puzder. His answer sounded a little like Trump.

"They were entrenched. ... My second memo as CEO was: Next person that answers a question with 'because we've always done it that way' will be fired."

Sounds ruthless. No wonder he opposes the minimum wage! But wait: He got his start scooping ice cream at Baskin-Robbins.

"Minimum wage, dollar an hour... I learned about customer service, about inventory. That was a good start, a good step on that ladder."

Puzder painted houses and mowed lawns as a teenager, jobs that today's minimum wage and employment regulations sometimes make illegal. People think those rules are compassionate, but not Puzder.

"I have a 16-year-old son, and I really love him," he told me, but "there's no way in the world I'd pay that kid $12 an hour to do something. We're losing a generation of people because we've eliminated jobs that those people normally filled. How do you pay somebody $15 an hour to scoop ice cream? How good could you be at scooping ice cream? It's just not a job where you could compensate somebody like that."

The media hate businessmen who say things like that. A Washington Post headline: "Ayn Rand acolyte Donald Trump stacks his cabinet with fellow objectivists." This is absurd. Trump likes capitalism, but he's no objectivist. Objectivists have firm principles.

If reporters were actually compassionate, they would oppose the endless regulations they routinely champion. People can't gain the experience needed to earn higher wages if they aren't allowed to be hired in the first place.

"We have restaurants in 33 countries and 45 states," says Puzder, describing how hard it is to get permits to open restaurants. "In Texas, it's 60 days. In LA, it takes 280. I can open a restaurant faster in Siberia than I can in California."

Remember when it was Russia that opposed capitalism?

"The permitting is ridiculous," says Puzder. "They make us put in stoplights and curb cuts and plant trees two blocks away. Everybody on the planet wants input. You've got to get approvals from the city, the county, the state, satisfy federal regulatory requirements."

Trump nominating someone who sees that problem is encouraging. I hope he surrounds himself with other people who love free markets, not just power.

Another possibly good Trump appointee is Linda McMahon, his nominee to head the Small Business Administration. McMahon almost defeated Connecticut's clueless socialist Sen. Richard Blumenthal in the 2010 Senate race. She calls herself a fiscal conservative, so I wish she'd won.

But I hesitate to support her, since I once sued her and her husband for allegedly telling one of their giant actors to beat me up because I pointed out that WWF wresting is fake. Really. Google "Stossel wrestler" and you'll see what I mean.

But my main objection to both nominations is that we don't need either agency! The SBA is wasteful cronyism. Federal bureaucrats have no clue which small businesses deserve funding.

Likewise, workers don't need a Department of Labor to set one-size-fits-all labor policies. Let competition set the rules. Employers and workers will make the choices and contracts that work best for each of them.

I hope Andy Puzder and Linda McMahon take over the SBA and Labor Department, then immediately shut them down.