John Stossel
|
Posted: Mar 16, 2016 12:01 AM
Share   Tweet
The opinions expressed by columnists are their own and do not necessarily represent the views of Townhall.com. 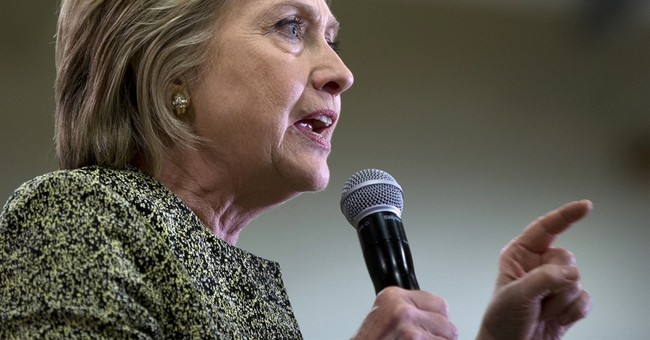 Trending
Democrats trash businesses. But if businesses promised things the way politicians do, the owners would be jailed for fraud. It's not legal to promise more than you can deliver.

I don't suggest that prosecutors should go after politicians who lie. Voters can do that. Political speech should be free.

But politicians' promises are routinely repulsive. I'm thankful that most of their promises will be broken.

For my TV show, I listed this presidential season's worst promises. Here are a few.

--Donald Trump says he'll impose a 45 percent tariff on goods from China and 35 percent on any Ford car imports from Mexico.

This wins Trump votes because so many Americans believe that trade "takes away" American jobs. Trade does actually take away some. Some autoworkers lose work when plants move overseas. That's the "seen" loss. But the unseen benefit is that when trade is allowed, more Americans gain jobs. We get better and cheaper products, too.

The historical evidence is clear. When countries close borders, stagnation and poverty follow. When trade is allowed, there are winners and losers, but most people prosper. The gains are harder to see because they are spread throughout the economy, but they are very real nevertheless. The chance that President Donald Trump would start a trade war scares me a lot.

But government has no money of its own. "Free" isn't free. Taxpayers and, later, other students pay tuition bloated by college loans. Taxpayers also pay for preschool that won't be "high quality" -- or at least won't stay high quality. Oklahoma and Georgia already tried universal preschool. By third grade, student gains disappeared. Of course, the extra spending -- that continued.

--Sanders and Clinton also want the national minimum wage raised -- Clinton to $12 and Sanders to $15.

Do people think that means Sanders is more generous than Clinton? If we could just pass a law and increase people's pay without harming businesses and making them less likely to hire in the first place, why not raise the minimum to $22? Or $83? Businesses pay according to value they get in return, like everyone else. No law can make you worth more to an employer. It just makes you more likely to get laid off. Or never hired.

--All current Republican candidates promise to increase military spending. They always do.

Republicans say our military has been "gutted." But in inflation-adjusted dollars, we spend as much as we did during the Cold War. It's true that America has fewer planes and fewer ships than we once did. But we have better and deadlier planes and ships. America is going broke but still spends $600 billion on defense, more than the next seven nations combined. That's not "gutting" the military.

If we didn't intervene in so many foreign countries, we could focus on actual defense, rather than nation building. Since conservatives are the ones who say they want to spend less, here's a great place to start.

--Donald Trump promises "a mandatory death sentence" to anyone who kills a police officer.

But the president cannot issue any criminal penalties. Does Trump care about the Constitution? Despite media hype about a "war on cops," the last few years have been the safest for cops -- ever. It's terrible when anyone gets killed, but we do not have a violent crime crisis on our hands. And what about the poor guy whose house is raided by mistake -- who thinks it's a home invasion and shoots in self-defense? Will he be executed, too?

Not every political promise was bad this year. Donald Trump was smart to change his mind and say America should admit more skilled immigrants. Bernie Sanders wants to "rethink" the war on drugs. Ted Cruz promises to eliminate the departments of Education, Energy, Commerce, Housing and Urban Development and more.

If only there were more good promises to praise.