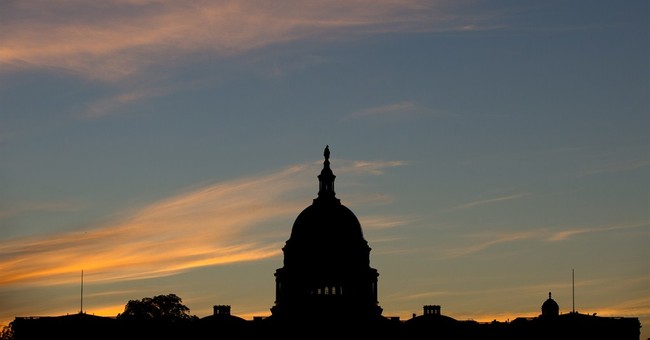 It's easy to "fire" a business that rips you off. Just go to a different one. It's a lot easier to patronize another business than to get government to fix the problem.

But bad businesses and the politicians they own, I mean influence, often don't want you to have that choice.

I've written about how taxi companies don't like competition from ride-sharing services like Uber. Taxi companies, rightly, say it's unfair that they have to obey all kinds of rules and get complicated licenses that Uber drivers don't get.

Rather than getting rid of the excessive regulations, many local politicians just say that new competition is "unfair" and ban ride-hailing services. They've banned Uber in places like Thailand, Spain, Nevada and Massachusetts.

But customers like ride-hailing services. Uber is a multi-billion dollar business -- despite being banned and despite Uber executives doing some sleazy things.

Government claims we need all its regulations to keep us from being ripped off. But their endless rules don't stop rip-offs. For years, Las Vegas tourists have complained that cabbies cheat them by taking them to the strip via a roundabout route. Undercover cops ran tests and found that one in three Vegas taxis break the rules.

Firefox founder Blake Ross blogged about this after a cabby ripped him off.

Government responded to this problem as governments usually do. It issued complex rules and warnings. Ross calls it a five-part plan:

"Uniformed cops stopped occupied cabs at random and offered to prosecute drivers who were taking inefficient routes ... slowing you down to make sure your driver isn't slowing you down."

But that didn't work. The authorities' chief investigator said only three passengers pressed complaints: "They just wanted to get to their hotels." Duh. Tourists didn't want to spend their vacation in court over a $10 rip-off.

"Each sign," writes Ross, "enumerates the proper taxi fares for every conceivable trip ... using approximately twice as many words as it took Ronald Reagan to tear down the Berlin Wall."

And more time. It took the taxicab authority two years to put up the signs. "All things take time in government," said the administrator. The signs didn't stop the cheating.

-- On to Plan D: a PDF. Bureaucrats love PDF's. Las Vegas asks you to print out a witness statement for people who have been taken on an overly long route and "complete the sworn affidavit in view of a public notary."

I like how Ross sums up plan D. Just carry "a desktop computer, a printer, envelopes, stamps, a fax machine [and] notary ... note the driver's full name, permit number and physical appearance. If you don't have this information memorized for some reason, just ask the driver while you're locked in the car with him ... explain that you're trying to have him fired."

Ross actually bothered to try out the government's complaint system when he was ripped off, but he never heard back from any Vegas official. That's how government consumer protection typically operates.

-- Finally, Plan E: The Nevada Taxicab Authority "convened a committee." The committee, according to the Las Vegas Review-Journal, will "draw up guidelines ... for a software ... package designed to let the authority track cab movements."

Nevada estimates that this will cost about $6 million per year, writes Ross, "and you'll pay for this through an increase in your taxi fares, which are already about double the price of an UberX ride. "

But Uber already has a solution if drivers cheat: On the Uber app, customers give that driver just one star. Within hours, Uber adjusts your fare. If the driver scams people again, he's fired.

But Vegas officials kicked the company out of town.

Government is force. Government can always win, even when it's wrong.