The Idiocy of Energy Independence 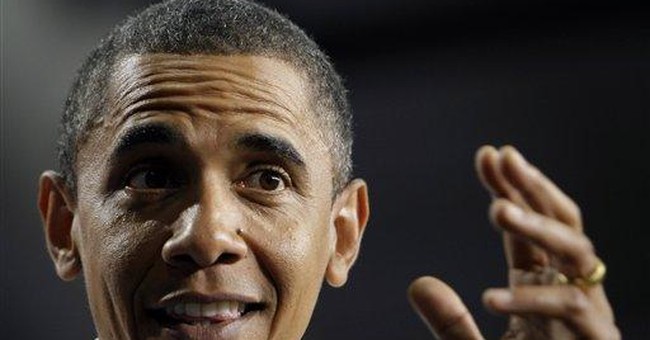 It's amazing how ideas with no merit become popular merely because they sound good.

Most every politician and pundit says "energy independence" is a great idea. Presidents have promised it for 35 years. Wouldn't it be wonderful if we were self-sufficient, protected from high prices, supply disruptions and political machinations?

The hitch is that even if the United States were energy independent, it would be protected from none of those things. To think otherwise is to misunderstand basic economics and the global marketplace.

To be for "energy independence" is to be against trade. But trade makes us as safe. Crop destruction from this summer's floods in the Midwest should remind us of the folly of depending only on ourselves. Achieving "energy independence" would expose us to unnecessary risks -- such as storms that knock out oil refineries or droughts that create corn -- and ethanol -- shortages.

Trade also saves us money. "We import energy for a reason," says the Cato Institute's energy expert, Jerry Taylor, "It's cheaper than producing it here at home. A governmental war on energy imports will, by definition, raise energy prices".

Anyway, a "domestic energy only" policy (call it "Drain America First"?) is a fantasy. America's demand for oil is too great for us to supply ourselves. Electricity we could provide. Not with windmills and solar panels -- they are not yet close to providing enough -- but coal and nuclear power could produce America's electricity.

But cars need oil. We don't have nearly enough.

That doesn't keep the presidential candidates from preying on the public's economic ignorance.

"I have set before the American people an energy plan, the Lexington Project -- named for the town where Americans asserted their independence once before," John McCain said. "This nation will achieve strategic independence by 2025".

Barack Obama, promising to "set America on path to energy independence," is upset that we send millions to other countries. "They get our money because we need their oil".

His concern that "they get our money" is echoed in commercials funded by Republican businessman T. Boone Pickens, who wants government subsidies for alternative energy. He tries to scare us by saying, "$700 billion are leaving this country to foreign nations every year -- the largest transfer of wealth in the history of mankind."

Don't Obama and Pickens realize that we get something useful for that money? It's not a "transfer"; it's a win-win transaction, like all voluntary trade. Who cares if the sellers live in a foreign country? When two parties trade, each is better off -- or the exchange would never have been made. We want the oil more than the money. They want the money more than the oil. They need us as much as we need them.

And Obama is wrong when he implies that America imports most of its oil from the Mideast. Most of it comes from Canada and Mexico.

McCain and Obama talk constantly about how much they will "invest" -- with money taken from the taxpayers, of course -- to achieve energy independence. "[W]e can provide loan guarantees and venture capital to those with the best plans to develop and sell biofuels on a commercial market," Obama said.

What makes Obama think he's qualified to pick the "best plans"? It's the robust competition of the free market that reveals what's best. Obama's program would preempt the only good method we have for learning which form of energy is best.

Has he learned nothing from the conceits of his predecessors? Jimmy Carter, saying that achieving energy independence was the "moral equivalent of war," called for "the most massive peacetime commitment of funds ... to develop America's own alternative". Then he wasted billions of our tax dollars on the utterly failed "synfuel" program.

McCain promises a $300-million prize to whoever develops a battery for an electric car. But the free market already provides plenty of incentive to invent a better battery. As George Mason University economist Donald Boudreaux writes, "Anyone who develops such a device will earn profits dwarfing $300 million simply by selling it on the market. There's absolutely no need for any such taxpayer-funded prize".