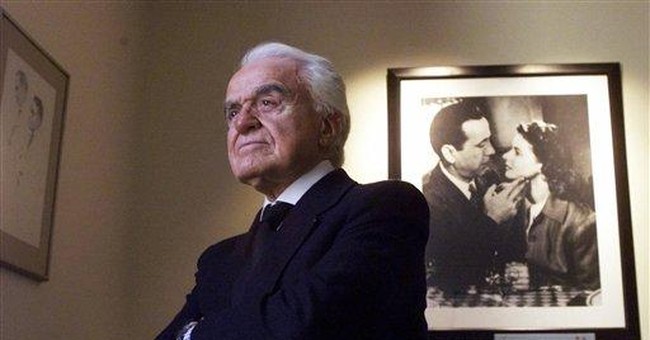 Since The New York Times published its Page One story alleging an inappropriate link between Sen. John McCain and telecommunications lobbyist Vicki Iseman, we've heard much more about the evil of "influence-peddling."

The day the Times story ran, Sen. Barack Obama debated Hillary Clinton, saying, "Washington has become a placewhere good ideas go to die. They go to die because lobbyists and special interests have astrangle-hold on the agenda in Washington".

Then Ralph Nader announced he would again run for president because Washington is "corporate-occupied territory, every department agency controlled by overwhelming presence of corporate lobbyists".

"Good government" types like Nader love to decry the cozy environment in which members of Congress and corporate lobbyists work closely together and even socialize. They warn that this gives an unfair advantage to special interests.

They have a point.

Major economic interests can afford to pay for lobbying operations that provide congressional staffers reams of information about their industries and their "need" for legislative favors.

Under these circumstances, what chance do masses of unorganized taxpayers have?

The Public Choice school of economics calls this the problem of concentrated benefits and dispersed costs. Individual members of relatively small interest groups stand to gain huge rewards when they lobby for government favors, but each taxpayer will pay only a tiny portion of the cost of any particular program, making opposition pointless.

Sugar consumers, for example, far outnumber sugar producers, but the benefits of a sugar program that keeps out foreign sugar and forces up the price helps each producer far more than it harms individual consumers. Sugar growers have an incentive to hire fulltime lobbyists, while consumers do not. So the minority rules. The disgustingly unfair and expensive sugar support program is renewed year after year.

"Good government" types rightly abhor this influence-peddling, but they propose pointless reforms like bans on lobbyist-sponsored gifts, junkets and rides on corporate jets. They also back a vicious assault on free speech: campaign-finance restrictions designed to reduce the influence of lobbyists in political campaigns. Despite all these "reforms," influence-peddling goes on.

For good reason. None of the reforms gets near root of the problem.

The root is government power. When government is free to meddle in every corner of our lives and regulate the economy through taxes, regulation and subsidies, then "special interests" have every incentive to work on the politicians to preserve their turf or gain an advantage.

A tax, regulation or subsidy can make the difference between an industry's success and failure. If the government were not giving preferential tax treatment to ethanol, the corn farmers and ethanol processors would have to find something else to do because their product can't compete against regular gasoline on a level playing field.

In a real free market, a company succeeds only by making things consumers want to buy and keeping costs low enough that the market price yields a profit. Sadly, in our mixed economy, success can be achieved another way: by lobbying the government for advantages over one's competitors. The prospect of favorable government intervention creates incentives for producers and their lobbyists to strive to satisfy legislators and bureaucrats instead of consumers. The resulting competition for privileges sets the stage for the improper relationships that reformers fret about.

The irony is that the "good government" types favor big government, so they undermine their own efforts to eliminate corruption.

It is naive to think that government can hold the power to grant privileges without also setting off a mad scramble by special interests to get a piece of it. All the good-government legislation in the world cannot prevent unsavory dealings between the wielders of power and those who seek to profit by it. To think otherwise is to ignore human nature.

There is one way to rid the political system of this sort of corruption: severely restrict government power as the founders intended. Only when we eliminate the state's ability to meddle in business will business will stop meddling in government.

A genuine free market, unburdened by government interference, is the route to cleaner politics.