John R. Lott, Jr.
|
Posted: Jul 21, 2021 12:01 AM
Share   Tweet
The opinions expressed by columnists are their own and do not necessarily represent the views of Townhall.com. 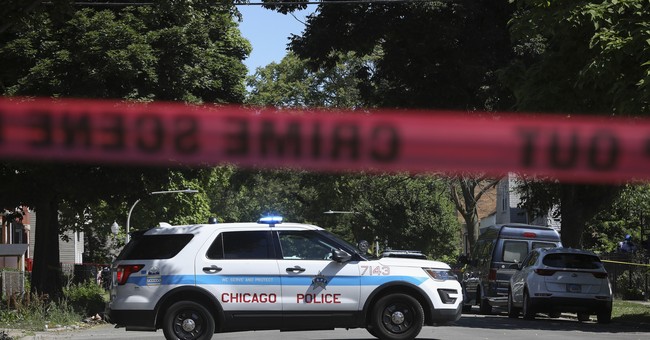 With violent crime increasing over the last year, Americans want a solution. Over and over, President Joe Biden frames violent crime as a gun problem. His presentation this month was no different. But the problem is much more far-reaching. Violent crime is rising across the board, and in 2019, 92% of it didn’t involve guns. Even just 2% of gun crimes end in murder. That has been virtually the same percentage for decades, and even if gun crime surged relative to all other violent crime it would still be a relatively small percentage.

It’s not hard to find explanations for the increased violence. In many urban areas, more than half of prison inmates have been released on account of the pandemic and the releases are continuing. In some places, police have been ordered to stand down and their budgets cut. Prosecutors in many major urban areas have refused to prosecute violent criminals.

We have to enforce the law by ensuring that criminals are afraid of being caught and punished. But when New York City cut its police budget by $1 billion, that sent quite the opposite message.

In Biden’s three speeches on crime, he mentioned “gun” or “firearm” 148 times. The term “weapon,” sometimes in connection with “assault weapon,” is used another 21 times. By contrast, when not directly in context with guns, such as describing “gun violence,” the words “crime,” “violence,” or “violent” were mentioned about half as often — 89 times. And Biden was talking about violence generally, not just murder, which would make more sense in terms guns much more frequently involved in murders, but he only mentions the words “murder” or homicide just seven times in these three presentations and completely ignoring them in his most recent talk.

This emphasis on overall violence and not murders is somewhat understandable if only because of how heavily concentrated murders are in the country. Over 50% of the murders take place in just 2% of the counties (60 of the 3,140 counties), and even within those counties most murders occur within just ten block areas. These are overwhelmingly gang related murders. They are surely important, but don’t touch the lives of most Americans. Fifty-four percent of counties have no murders and another 15% have just one.

Biden only mentions policing four times in these three talks. He does so once in connection with Red Flag gun laws, and three times boasted that the American Rescue Plan passed earlier this year by Congress provided funds to hire “more police officers, more nurses, more counselors, more social workers.” But the bill gave local governments money to spend on anything they wanted. They didn’t have to spend any of it on police.

Biden calls for an assault weapon ban, but rifle murders account for only about 2 percent of all murders in recent years. We need to try to reduce murders of every kind, but we also need to prioritize the most effective solutions.

Biden’s other solutions overwhelmingly focus on guns. He has demanded a zero-tolerance policy for “rogue gun dealers” who knowingly or carelessly sell guns to criminals. This may sound reasonable, but it isn’t what this policy is really about. Biden will impose the corporate death penalty on any seller who makes the most trivial, inconsequential paperwork mistake. You accidentally write the city’s name in the form’s county box, and you are out of business.

Just as with his other proposals, from changing liability rules to costly and error filled background checks on the private transfer of guns, the objective is to make it more costly for people to buy guns. Putting gun dealers out of business will do just that. It is the poor who will be hurt the most, particular those who are the most likely victims of violent crime, poor blacks who live in high crime urban areas.

Often, a single event motivates a whole new area of gun control. This year’s shooting in Boulder, Colo. was followed by calls for bans on handgun stabilizers, just because the perpetrator used one. The braces were originally designed to allow wounded and disabled veterans to hold handguns, and they are just a strap attached to the gun. Disabled individuals are often viewed as easy targets by criminals, and stabilizers make it easier for them to defend themselves.

The surge in violent crime has nothing to do with stabilizer straps. Disabled people aren’t suddenly committing a lot of crimes. Even in the Boulder case, there is no evidence that the stabilizer helped target people at close range. The shooter wasn’t disabled and didn’t have any problem holding the handgun normally.

These myriad gun control measures will not solve our current crime woes. These rules will only make Americans, particular the poor who can least afford more expensive guns for protection, more vulnerable. Americans want a more comprehensive approach to fighting all types of violent crime. They want our laws to be enforced, and for criminals to be brought to justice.

Lott is the president of the Crime Prevention Research Center and most recently the author of “Gun Control Myths.” Up until January, he worked in the U.S. Department of Justice as senior adviser for research and statistics.