The Derek Chauvin Trial Was a Travesty, Prosecutors Violated Rules That Protect Us All

John R. Lott, Jr.
|
Posted: Apr 22, 2021 5:46 AM
Share   Tweet
The opinions expressed by columnists are their own and do not necessarily represent the views of Townhall.com. 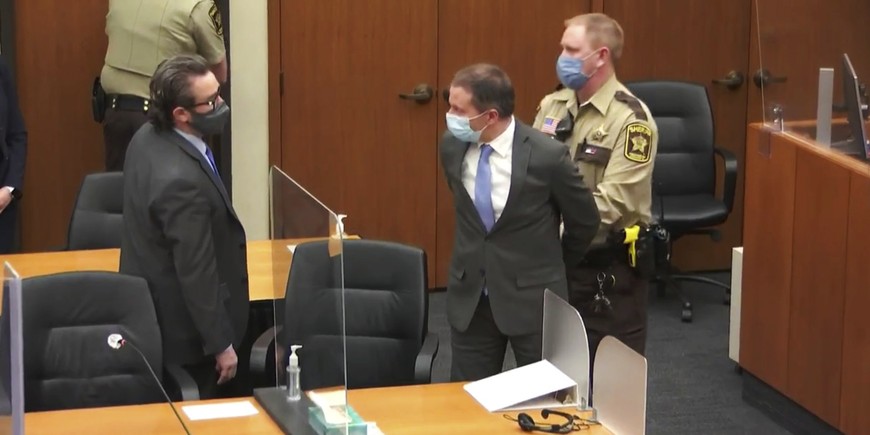 The Derek Chauvin trial was a travesty. Prosecutors were allowed to break all the rules. Whether that was because Judge Peter Cahill is a Democrat in a heavily Democrat area and wanted to convict Chauvin or whether he didn’t want to take the heat for declaring a mistrial, prosecutors realized that they didn’t have to follow the standard rules. One can only hope that the appeals court judges have stiffer spines.

People focus on Congresswoman Maxine Waters’ calls for an anti-police crowd in Minneapolis “to get more confrontational” when violent riots were already taking place may have intimidated witnesses. And if the jurors heard of her comments, that would be concerning, and as Judge Cahill noted, could lead to a mistrial. But Cahill didn’t make the obvious response. He should have quizzed the jurors to see if they had heard anything and replaced those that had with alternates who hadn’t. That is common practice. Yet, no action was taken, making one wonder if Cahill thought that there was a chance that he would have to remove more jurors than there were alternates.

But there is a long list of other serious concerns that haven’t gotten news attention that should have resulted in a mistrial. Let’s go through a few of the abuses by prosecutors.

The prosecution dumped over 5,000 documents on the defense during the trial. I have no clue how many pages of documents we are talking about. The dumps of five or six hundred documents often occurred at 5 PM the day before they were relevant. The prosecution has had a year to put this case together, they have had a large team of lawyers and massive staff, and they had no excuse for this type of abuse. Anyone can surely forget to provide a few documents on time, maybe even a few dozen, but not many thousands. It was a clear abuse. Amazingly, Eric Nelson, Chauvin’s defense attorney, was able to go through his ordinary preparations, look through the new material, and still function during his cross-examinations. Still, the wear on him showed as the trial went on, which was undoubtedly part of the prosecutors’ plan.

Despite waiting to the last minute to dump documents on the defense, the prosecution still managed not to provide key documents at all. Take the prosecution’s use of Dr. Martin Tobin, Physician in Pulmonary and Critical Care Medicine, in the rebuttal to defense expert Dr. David Fowler, a forensic pathologist.

Back in February, Fowler had requested Floyd’s carbon monoxide blood concentration. The hospital had done a test on the carbon monoxide level of George Floyd’s blood, and, importantly, it looks as if Tobin had long known of the test, but the defense never received that evidence. Judge Cahill correctly ruled that Tobin could not reference this evidence, and it was clear that referencing it could cause a mistrial.

So what happened? Tobin came right out and referenced the blood gas data. Tobin said that the possibilities raised by Fowler of carbon monoxide poisoning were not reliable: “I base it on the arterial blood gas that was obtained when Mr. Floyd was in Hennepin County.”

But if you want a simple example of how far off the rails the prosecutors went, listen to the prosecutor Jerry Blackwell’s closing rebuttal. Prosecutors face real constraints in questioning the honesty of the defense lawyers. Nor are they allowed to belittle the defense lawyers’ arguments. Prosecutors are representing the state, and have a certain credibility and authority not had by defense attorneys. Blackwell flagrantly violated those rules.

We aren’t talking about two or three times, but probably at least 20 times. Time after time, Blackwell would say that the jurors “didn’t get the whole truth” from the defense. That statements from the defense were “either completely not true or the facts have been altered.” That the defense told “a story” when they should have been concerned with “the facts.”

The judge warned the prosecutor, but he kept doing it. Even part of this alone would, in most normal cases, be enough for a mistrial.

Another problem was the experts. A side in a case is allowed one or two experts to make a point, but the prosecution just piled on expert after expert who made the same points. What was highly unusual for such a high-profile trial is how many prosecutor’s experts had never previously been experts in a criminal case before. But the analysis of these experts would require another op-ed piece.

It is impossible to get in Judge Cahill’s mind and figure out why he let the prosecutors act the way they did. The bottom line is that these rules exist for a reason, and violating them made it so that Chauvin didn’t get a fair trial. That is something that should concern everyone.

* Lott is the president of the Crime Prevention Research Center.