Armed Guards at Houses of Worship Is Not Enough

John R. Lott, Jr.
|
Posted: May 07, 2019 2:08 PM
Share   Tweet
The opinions expressed by columnists are their own and do not necessarily represent the views of Townhall.com. 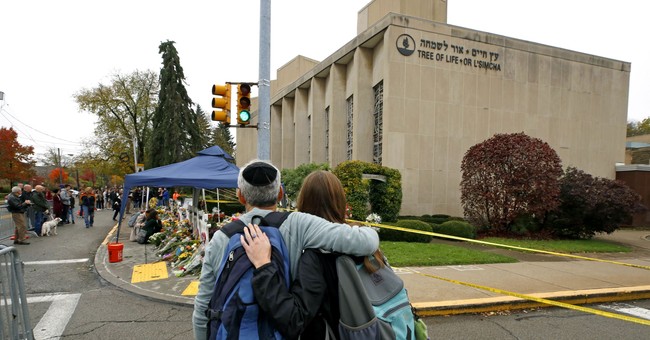 From New Zealand to Sri Lanka, houses of worship are under attack. This has been an all too common phenomenon around the world. At home, there have been recent shootings at synagogues in Pittsburgh and San Diego, and at churches in Texas, Tennessee, Colorado, and South Carolina. So how do we make people safer?

New York City councilman Kalman Yeger will introduce a bill this week that requires the city to pay for armed security guards at any house of worship that requests protection.

That is helpful, if expensive, but New York refuses to adopt the most effective policy: letting more people carry concealed handguns. Indeed, all of the church shootings noted above were stopped by civilians with guns. One that had banned guns and didn’t stop the attack occurred in Charleston, South Carolina.

There are simply too many targets for police to be able to guard every one of them. If terrorists don’t attack synagogues, they can target Kosher grocery stores, Jewish schools, or restaurants. In January 2015, the Hypercacherkosher supermarket siege in Paris left four murdered and nine injured.

These terrorists have huge strategic advantages in determining the time and place of attacks. They can wait for guards to leave the area, or pick an undefended location. Even when guards or police are in the right place at the right time, those who can be readily identified as guards may as well be holding up neon signs saying, “Shoot me first.” Terrorists know that once the guards are killed, they will have free rein to go after everybody else.

If a terrorist tries to kill a guard, he reveals his position and makes himself a target to someone with a concealed handgun.

In 2018, some 17.5 million Americans had concealed handgun permits last year. Excluding permit-unfriendly California and New York, this amounts to 8.5 percent of the adult population. Nobody knows whether the person next to them might have a gun, except in the rare case that it is needed. Permit holders are incredibly law-abiding, losing their permits for firearms-related violations at rates of thousandths or tens of thousandths of 1 percent.

We can no longer ignore the fact that these mass public shootings keep on occurring in those small, isolated areas of right-to-carry states where permitted concealed handguns aren’t allowed. Indeed, since 1950, 98 percent of mass public shootings have occurred in places where general citizens are banned from defending themselves.

Terrorists and criminals don’t have any respect for gun-free zones. Nor do they let gun control stop them from getting weapons. France bans semi-automatic guns and strictly licenses and registers guns, but from 1998 to 2015 had more than twice the US’s rate of murders from mass public shootings. Other European countries with much stricter gun control laws include Russia, Norway, Finland, and Slovakia. All also have higher per capita murder rates from mass public shootings. Across Asia, Africa, and Latin America, the rates also tend to be much worse than in the US.

The war on guns has been as much of a failure as the war on drugs. Terrorists can also resort to homemade bombs, and have lately made a habit of using vehicles as weapons.

Ron Noble, the Secretary General of INTERPOL from 2000 to 2014, cautioned that even with “extraordinary security,” it would be virtually impossible to keep weapons out of soft targets. When terrorists breach these soft targets, they are the only ones with weapons.

Most schools are soft targets, but not all of them. In 20 states, many school districts currently allow teachers and other staff members to carry guns on school property. Some states have had these rules for decades, and their successful track record couldn’t be clearer.

More than a thousand school districts allow teachers to carry guns. Outside of suicides and gang violence during the wee hours of the night when no teachers are around – there has yet to be a single shooting death or injury on the school property of one of these school districts. Nothing bad has even happened, outside of one accidental discharge outside of school hours. No one was seriously harmed.

People should be much more worried about the fact that these attacks become massacres when there's no one who can fight back. Permit holders who carry in the course of daily life should be able to bring their guns to churches and schools. They should be able to protect students and their fellow worshipers.