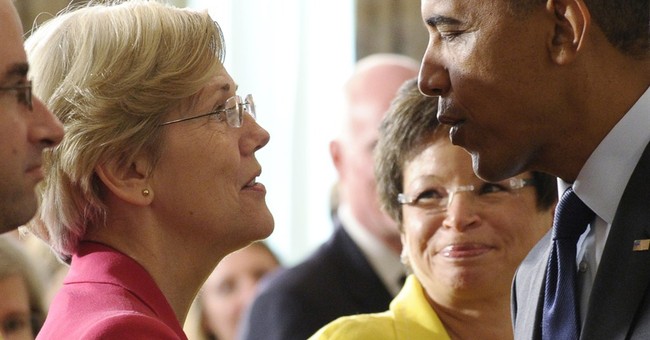 Despite brave proclamations that the economy is a rolling juggernaut of wealth and job creation, once again the jobs report underwhelmed even the anemic estimates analysts have been counting on to brightly prop up this gray economy.

“U.S. job growth slowed to its lowest level of the year in August,” reports the Wall Street Journal, “a stumble for labor markets that had delivered a string of steady gains over the prior six months despite uneven economic growth.”

It’s time for economists to admit what everyone knows: The experiment in a government controlled economy that sets interest rates, sells insurance, cars, student loans, home mortgages, while rationing out energy, housing, healthcare and money has failed. And the economists should be the first to admit it.

Some folks at the Federal Reserve Bank seem to understand that.

“In this regard,” write economists at the Saint Louis Federal Reserve Bank, “the unconventional monetary policy [of quantitative easing and zero interest rates] has reinforced the recession by stimulating the private sector’s money demand through pursuing an excessively low interest rate policy (i.e., the zero-interest rate policy).”

As I pointed out on the radio on Thursday, Japan has been trying some version of “unconventional” monetary policy for over a decade and they have little to show for it. Yes, the once mighty Japanese—now replaced in our mythology by the mightier still Chinese—have screwed up their economy year after year for over a decade by doing the same dumb things that we are perfecting now, keeping interest rates artificially low.

There is a temptation in all this to blame the bankers, who after all, benefit greatly from these policies in that the demand for their product—money—goes up when interest rates are low. But the truth is that it is the government that sets rates artificially low and is the biggest beneficiary of the policy. The bankers go along because in the absence of a sound fiscal policy that generates GDP at least everyone can borrow money to offset our non-growth.

The government, especially THIS government under Obama, benefits because the only campaign they know how to run is the one based on everyone being upset about something that they can blame on someone else. They have lived on the fact that demographically they can create more complainers who will vote for their side than the other side can.

Scapegoating is their typical leadership style. That’s true of politicians in general, but blame-someone-else has been elevated to a kind of mixed-media performance art under Obama.

It’s time to blame the person responsible for all of this.

Looking more and more like a presidential hopeful, Warren sounded off on GOP Majority Whip Eric Cantor’s defection to Wall Street for a big payday after his recent defeat in Virginia by Austrian economist David Brat.

"How wrong can this be that basically what's happening here is that people work in Washington, and man, they hit that revolving door [to Wall Street] with a speed that would blind you," Warren said in an interview with Yahoo News.

But Warren and her colleagues in academia have that similar problem. Where do you think all the money comes from for report after report, study after study generated by academics like Warren who praise government spending, government control and unconventional monetary policy?

The money involved may be smaller, but it smacks of no less of venality, no less of corruption and no less of conflict of interest. It just proves academics typically think smaller than those on Wall Street and Main Street.

That affects us all adversely.

Because it’s those same small academic minds from which economists are born.

So now you know why economists and our economy are so, so, very wrong.

And small. And poor.