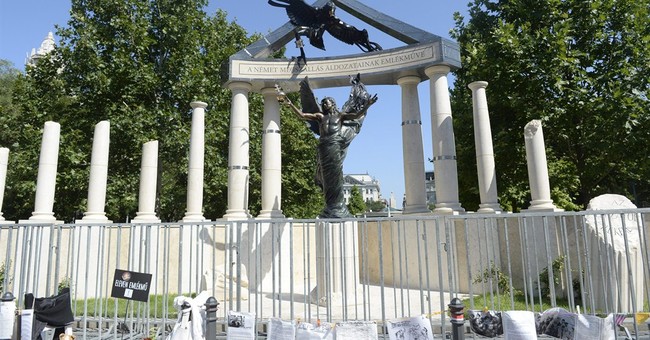 Obamacare is what we have always said it was.
It’s not just bad policy; it’s now proven to be poor law too.

Time to repeal it, and replace it with alternative free-market solutions.

Only in Washington, DC would you “solve” the problem of the government not being able to afford an aging population by burdening the taxpayers with the rest of the population that is uninsurable.

Whether you buy into the Dems argument that the exclusion of subsidies to states without exchanges in the ACA law was a “drafting error,” “a typo,” or-- the Republicans’ contention-- that it was deliberate deceit, the biggest problem with the law is the law itself. And the policy. And the math. And the laws of nature. And the sum total of science that has revealed itself since the beginning of creation.

Anxious to win a Nobel, er, Grammy, er, Golden Globe, er, make a name for himself as the GREATEST PROGRESSIVE WHO EVER LIVED, Obama and his Merry Band of Mental Midgets passed a law that wasn’t even read, yet alone proofed for typos.

“But we have to pass the bill so that you can find out what is in it,” said the Most Mental, “away from the fog of the controversy.”

Good thing it’s not controversial, Nancy, you know now that it’s been passed and we know what’s in it.

Because the fog has lifted and, um, that wasn’t a fog. That was a stench so thick you could see it.

Here’s a short list of things that are wrong with the law:

1) Subsidies are illegal outside the state exchanges

3) The law has changed the complexion of the labor force to less work, fewer jobs

5) The law adds to the deficit long-term, it doesn’t work as a deficit fighter, Ezra Klein, you freakin’ liar

8) It interferes with the relationship between the doctor and the patient-- which is the most important relationship, economic as well as professional, that needs to be restored to make the system work

12) The law can’t be implemented; witness, um, the constant delays

The law is so bad that Obama has promised to defy the courts and implement it even if the courts find against it.

Why does that matter? Only because what that really admits is that ultimately to make the law “work” – and in this case we use the term “work” only in regards to implementation, not policy success—the federal government will have to use coercion.

We have entered a very dangerous time in our nation’s history when laws aren’t being bent to national exigencies, but rather broken because of personal whims.

So the fight against Obamacare is the Stamp Act, the penny tax on tea, the Gunpowder Alarms of today. This is the same existential threat that faced our grandparents.

“We face this new crisis-this new threat to the security of our Nation-with the same courage and realism,” said Franklin Roosevelt about the threat from Hitler, who successfully implemented universal healthcare with the help of death panels. “Never before since Jamestown and Plymouth Rock has our American civilization been in such danger as now.”

And what happens tomorrow is largely up to you. If you want to be defeatist, go ahead. I'm going to fight.

We will either prove ourselves worthy of previous generations who bequeathed to us liberty unencumbered, or we will be found wanting, giving away those gifts that God told us could not be given over to any man or government.

Vengeance is mine, sayeth the Lord. And I shall repay.