So 'Obama': Fair is Unfair 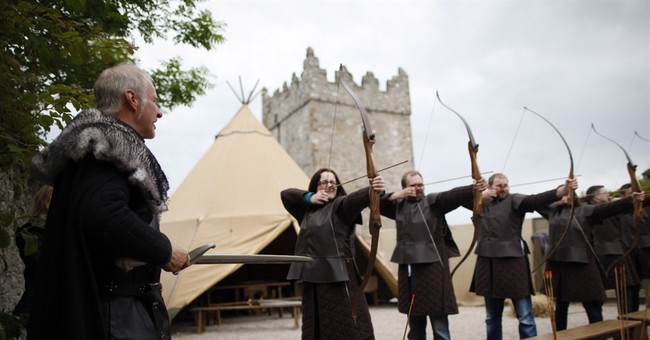 The guy has a lot of nerve, even if his outrage is selective.

Obama’s asking Congress for $3.7 billion to address the humanitarian crisis along the southern border created by Obama and his Democrat allies by encouraging illegal immigration, especially amongst the young.

The GAO reports that from 2006-2009 the United States spent only $2.4 billion on creation of 670 miles of fencing along the border according to ABCNews.

So if all the new money was spent on new fencing, problem solved.

Yeah, that kind of money would likely only get a single strand of chain link, but it would be a start.

Of course, Obama will not get the new money he’s asking for, which of course won’t be going to fencing even if he does.

Because even ordinary Americans understand that the money will just be used as a ways and means committee to help bring more illegals into the country.

That’s why he won’t get the money.

Rasmussen reports that half of all Americans think Obama is deliberately fomenting the immigration crisis for political gain, which shows that the other half is just plain dumb.

“It’s important for it to go forward,’ said Obama in January, “because it’s important for society not to have a situation in which a large portion of people have at one time or another broken the law and only a select few get punished.”

Of course, he wasn’t talking about reforming illegal immigration then, where a large portion of the “country” has broken the laws, while Obama chooses who gets punished.

No, his selective enforcement outrage was concentrated at that time on helping make pot legal in the United States.

The administration is too busy selectively enforcing the IRS tax code, Dodd-Frank, mortgage loans, international treaties, press conferences, campaign finance laws, meta-data programs run the by NSA, and the constitution- which, by the way, is still the highest law of the land, even if selectively invoked.

Oh, and if I’ve accused Obama of selectively enforcing some laws where he’s being fair, please let me know so I can make a correction. I’d hate for the White House to get a hold of this and get some new ideas about selective enforcement.

In the meantime, Ireland is saving civilization once again through legal immigration.

U.S. companies are fleeing the U.S. because of the Great Payroll Famine here is driving them to emigrate to the Emerald Isle.

“The surge in overseas mergers and acquisitions by U.S. companies looking to lower their tax bills led to a near six-fold rise in the value of deals in Ireland in the first half of the year,” says Reuters, “accounting for almost 20 percent of all European transactions.”

And of course politicians are outraged about THAT type of legal emigration.

“American lawmakers have expressed concern about U.S. companies buying overseas businesses to shift their tax domiciles to countries such as Ireland and Switzerland,” continues the wire service, “where these so-called inversion deals are becoming increasingly commonplace.”

Glad to see that they are looking at some type of emigration reform.

Because reforming illegal immigration or the 74,000-page tax code would be way too burdensome.

Think of how fair that would be for Obama to enforce then.

And that would just be really unfair.

So "Obama" that fair is unfair.