Life and the Campaign

John P. Warren
|
Posted: Jan 25, 2016 12:01 AM
Share   Tweet
The opinions expressed by columnists are their own and do not necessarily represent the views of Townhall.com. 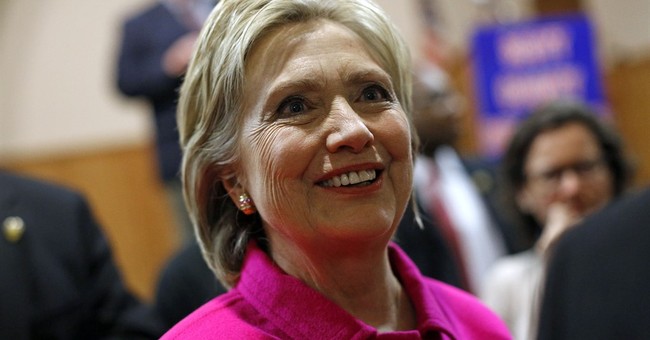 While weather compels the immediate focus of many, we cannot forget about matters of life and the campaign for POTUS—and the connection between the two. What energy we expend, what resources we allocate in making the right choices in 2016 will make all the difference for the world we can now choose to shape.

My friend, Dr. Paul Kengor of Grove City College, has written about the right to life with a force and eloquence I cannot match. Likewise, the heartfelt words of Carly Fiorina, in the presidential debate and in print, represent a beacon of nobility toward which the human race would be well to turn its gaze. At the least, we can hope that people like Kengor and Fiorina are in a position to do something about life issues in the next administration.

Let me sound an echo about the irony of twin endorsements by Planned Parenthood, the organization, and Larry Flynt, the porn mogul, on behalf of Hillary Clinton, a so-called feminist. Think of it. Planned Parenthood, a purveyor of infant body parts and proponent of so-called “women’s rights” is now in league with our era’s prime defiler of women as persons of value. To the organization, life viable for birth is a commodity, the value of which was allegedly for sale only until recently. To the man, the value of a woman is as a plaything, and pregnancy, an annoyance. While the organization seeks to serve women who are trapped and desperate, but who have sought no other alternative but abortion, the man surely considers the organization a one-stop disposal facility for the consequence of irresponsible playtime.

The image of Flynt and PP holding hands around Hillary Clinton humming a dark version of Kumbaya is beyond this human’s comprehension or imagination, but conjurings of Stephen King-like evil begin to invade one’s thoughts.

To this humble male, the true feminists of this world are all the moms who bore us, cared for, and loved us, and in our raising, held a primeval hope that at maturity, we would treat women—and the children we conceive—with the love and respect we expect for ourselves. Feminists are also women like Fiorina who bring a refreshing insistence to the national debate on life and politics.

Neither this writer nor anyone else should bar the door to care for genuine “women’s health” matters, but neither should we delude ourselves that for the Hollywood-designated elite and choice spear-carriers such as Clinton, “women’s health” or “women’s rights” is all about mammograms and gynecological exams—services freely accessible at thousands of clinics not funded by the citizenry. No, for the Clintons and their friends, where moral character, too, is a readily disposable commodity, “women’s rights” is an apple-pie euphemism, cloaking in unassailable words life-terminating procedures for which PP and its clones exist.

Just as “Black Lives Matter” insults the eternal dictum that all lives matter, “women’s rights” claims the same, false refrain. It is axiomatic in our society that one’s freedom to act ends when at the expense of another. Above all, does the rule not apply to the lives of defenseless innocents, yearning for birth? It’s about Human Rights, nothing less.

Although I said in print last March, and reiterated last week that HRC would NOT be the Democrats’ nominee, until her indictment and possible arrest, she reigns as front-runner of her party.

What might be some consequences of her election? The issue of life, just as was true with the issue of slavery, remains a dark corner of our national conscience. So, what of the likes of Flynt and PP, for example? What West Wing offices will they frequent? With the advice of people like them and Huma Mahmood Abedin (in service to HRC since 1996), what sort of Supreme Court Justices would a President Clinton nominate? What would such appointments foreshadow regarding issues of life? Would there be any constraint at all? How far would our schools go in teaching contraception and dispensing devices for same to elementary schoolers? Would parents continue to be separated from their children in pre-juvenile pregnancies?

Given the current White House occupant’s penchant for executive fiat in remaking the nation, would we not expect his avowed apostle to follow his path? Not only would matters of life be pushed to a further extreme—at life’s beginning, and as the population ages, at its ending—what about other aspects of our social contract with one another under the U.S. Constitution? Would the state move further in its control of our speech and religion (a la the IRS), Second Amendment rights, and privacy—all in accord with the progressive definition of “the common good”?

And what about Bill Clinton’s place in her administration? Whatever one might say about him as a beguiling campaigner, what’s the clever narrative to airbrush his career of debasement toward women—while HRC did nothing to stand against his purported predatory practices? To what degree would the rest of us be obliged to suffer state-sanctioned, White House shrouded Clinton “charity” excesses? Just what would we do with First Bubba?

Unlike other, louder, more important voices on the Republican side, I’ve restrained criticism of Mr. Trump and other runners of late for one and only one reason. Rather than add sideline caterwauling, I’d rather the people consider their choices in the arena before them, and in the end, I’ll support their nominee to preclude any Democrat—Clinton, Sanders, or Biden—from forcing us into the bottomless chasm of collectivism. My fervent prayer is that others, fully mindful of the consequences, will do the same.