Driving With The Crazies-Part II 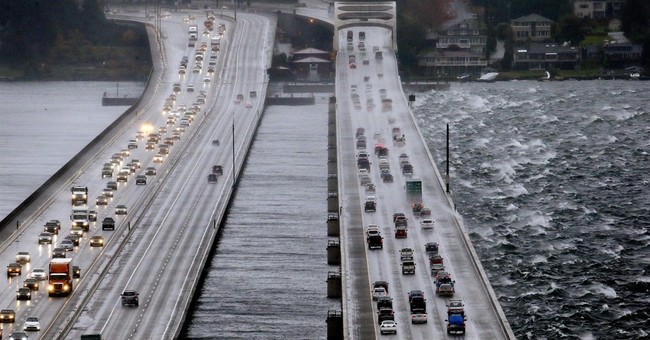 On Wednesday, when most of the 47 million Thanksgiving travelers were driving somewhere to commit Thursday’s sin of gluttony with those they profess to love, it sometimes seemed as if a tense million of them were in front of me on the interstates from Western Pennsylvania down to Cincinnati.

On May 26th, in this space, I wrote Part I of a rant about that group of people who wage a personal war from that last bastion of obsessive, sometimes aggressive individualism: the command post of a motor vehicle on a public thoroughfare. Not that I’m a perfect driver. Do I sometimes change lanes without a signal? Yes. Do I nearly always go 5-8 mph over the interstate speed limit? Heck yes, and I’m often passed as if standing still. Do I very occasionally do something unthinkingly stupid? I suppose I’d have to admit that.

My complaint—maybe yours?—is not about those who go 10 or more over—if the Staties get them, that’s their risk, and the libertarian in all of us says, do what you need to do, as long as you do not step on our right to be safe on the same journey. It’s about the all-about-me crowd that treats the high-speed lanes like their take-no-prisoners, personal battlefield.

One such guy in Eastern Ohio—in an old, green Caravan, driving alone and wearing large headphones—had set up camp in the left lane and was cruising along a bit below the limit, despite the fact there was no one to pass. In the right lane a hundred yards ahead of him was a lone SUV trudging along at the same speed. Coming up on the right, I saw my opportunity to pass “Headphones” on the right, then move to the left lane and get by the SUV and on to a nice, long open stretch. This was early on the trip, when traffic was still light. As I moved into position and put on my left turn signal, “Headphones” sped up and tried to ram me. Nice. I backed off, but watched him terrify several others until he swerved in a wild exit some miles later. It was the second reminder the Captain Crazy’s were out early.

The first occurred not many minutes earlier as I attempted to join I-80 at speed with my signal on. The road was nearly empty except for the black BMW in the highway’s right lane. Despite the absence of any other driver on his left or in front or behind him, he was too busy doing God-knows-what to move over. I guess he wasn’t feeling all that thankful for the gloriously sunny morning on an open road. Happy not to run off the edge, I braked, got in behind, then around him, before experiencing any more of his courtesy.

Still the biggest cause for what I call, “Clots of Clucks,” are the left-lane campers. Switching metaphors, if you picture the highway as a large artery, you often see long clear spaces interspersed with clusters of vehicles, all tailgating to one degree or another. Hence, the Clot. Heading same are the clucks oblivious to the cortege behind them. If the Clot gets large enough, one of two things happens: a tailgating crack-up occurs, or the Clot just gets so big, it begins to herk and jerk, either one leading to a traffic stroke. So, Left-Laners, you know who you are. If you have any freedom instincts at all, move over and let someone get past you. You can always get back there if that’s your home away from home.

Two other obstacles to stress free, fast and efficient transport from one destination to another—in addition to those mentioned on May 26th—are these:

The prevalence of Staties on I-71 probably kept the crazies in check and all the rest of us at 75 mph (or so?). Nevertheless, on arrival after our relatively short, 300-mile journey, I breathed a long sigh of relief for a safe escape from the black Beemer, the green Caravan, and the others who forgot their first responsibility on the road: Drive. Safely. For. Everybody.

And so, the day before T-Day, I also raised my eyes to heaven and thanked God for riding along with me and numberless others who travelled responsibly this holiday weekend. Truly, there was reason for Thanksgiving to the Almighty on Wednesday and everyday, as I know there is for millions of you. God bless all of us.