FCC Plan to Auction C-band for 5G Has Broad Support

Johnny Kampis
|
Posted: Nov 28, 2019 12:01 AM
Share   Tweet
The opinions expressed by columnists are their own and do not necessarily represent the views of Townhall.com. 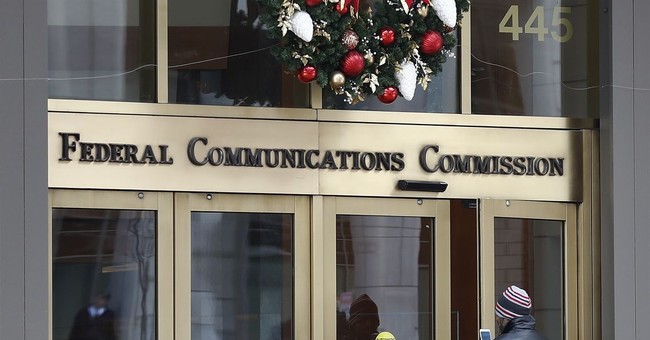 A misguided Wall Street Journal editorial pegs Federal Communications Commission (FCC) Chairman Ajit Pai’s plan to publicly auction communications band spectrum for 5G as a way to block competition for cable companies. The truth is that a wide range of parties favored the auction for legitimate reasons. The biggest winners will be taxpayers and rural communities that will benefit from faster broadband speeds with 5G.

Groups on both the left and right urged the FCC to conduct the auction for the sake of transparency and the benefit of American taxpayers. A group called the C-Band Alliance (CBA) made up of foreign satellite operators such as Telelsat, Intelsat and SES, were previously given the 500 megahertz of the spectrum by the U.S. and wants to sell the bandwidth via private sales to wireless companies.

Critics are concerned about the concept of putting strategic American taxpayer assets that would fuel the growth of 5G in the hands of overseas businesses. Sen. John Kennedy (R-La.) has been one of the biggest critics of the CBA plan, which would allow the satellite companies to reap billions of dollars in profits by selling the spectrum.

“Allowing the foreign satellite companies to oversee the sale of this important spectrum – rather than letting the FCC run a transparent public auction – would put our 5G future in the hands of foreign-owned companies who have every incentive to put their own financial self-interests above our own national security and economic priorities,” Kennedy wrote in a July letter to President Trump.

That concern got some credence when Eutelstat, formerly a member of the CBA, pulled out of the alliance in part because it disagreed with other members about how much the group would voluntarily contribute to the U.S. Treasury after the sale. Eutelstat said after Pai made his announcement that it agreed with the idea of the public auction, which could raise as much as $60 billion to fund the reallocation of the spectrum.

But it’s not just Republicans who have argued in favor of the auction. Tech giant Google, which aligned itself closely with former President Obama, is among the U.S. companies that have said the plan would lead to litigation and slow the availability of spectrum for 5G development.

A coalition of left-leaning groups that include Common Cause and Public Knowledge argued in a letter this summer that the FCC-run auction was the best way to allocate the spectrum, especially since that plan would unlock 370MHz of the C-band spectrum for 5G, nearly double what the CBA had proposed.

“Unlocking every megahertz of the grossly underutilized C-band will promote a more inclusive, robust and affordable 5G wireless ecosystem for all Americans,” the letter stated.

And as Pai noted when he notified Congress of the FCC plans, a government auction “will afford all parties a fair opportunity to compete for this 5G spectrum.”

The ability of every American wireless carrier to bid on the spectrum should help grow the fifth generation of wireless technology. As Steve Daines and Greg Gianforte, two Republican members of the Montana House of Representatives wrote Pai in July, the auction should allow their – and other – states to “receive the benefits of new 5G services and applications as efficiently and quickly as possible.”

No, Wall Street Journal, this isn’t about protecting the cable industry. Pai’s decision is about growing 5G while also protecting American interests, and a wide range of advocates have his back in that decision.

Johnny Kampis is an investigative reporter for the Taxpayers Protection Alliance Foundation.