Don’t Forget About Wireline Deregulation in the Age of 5G

Johnny Kampis
|
Posted: Apr 22, 2019 11:42 AM
Share   Tweet
The opinions expressed by columnists are their own and do not necessarily represent the views of Townhall.com. 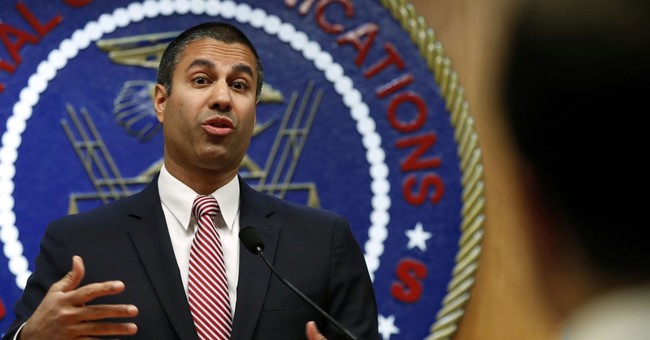 The deregulation of wireless has been at the forefront lately with the promise of the impending 5G technology, but experts caution that leaders should still keep some focus on wireline deregulation.

The Phoenix Center for Advanced Legal & Economic Public Policy Studies recently released a report discussing abuse of franchise fees by local governments. These are the fees established in the Cable Act of 1992 that localities can charge private providers as they establish contracts for cable service.

Although, according to federal law, such governments can’t impose a fee of more than 5 percent on cable television operators, those franchising authorities often skirt the statute by asking for in-kind concessions like providing public access channels or planting flowers during construction projects. Although the franchise fees already reap $3 billion annually for local and state governments, some bureaucrats have strong-armed operators into paying additional franchise fees for offering broadband services.

Congress sought to limit the power of states and cities to overly tax private operators in an attempt to promote growth in services and their reach.

The Phoenix Center study applauds the Federal Communication Commission’s (FCC) effort to formally subject all monetary and in-kind demands to the 5 percent cap, saying the over taxation by governments “reduce(s) the expected flow of revenues and/or increase(s) the cost of an investment project.”

A report from Orszag/Shampine says that without action by the FCC, the tax burden for such fees could reach $8 billion annually by 2023. Even modest reductions in network improvements due to the increased cost of doing business could result in consumer welfare losses in excess of $40 billion.

“Tasked by Congress to ‘remove barriers to infrastructure investment,’ the Commission’s attempts to shut down the abusive practices of franchising authorities is well-supported on economic grounds,” they conclude.

“A lot of the old policies don’t make sense in this world of convergence,” he said.

Skorup said that Congress must act to truly level the playing field.

“The FCC is doing what it can, but the Telecommunications Act is due for a massive rewrite,” he said.

Skorup said the “net neutrality” fight has “sucked the air” out of other telecom policy discussions, so an end to that battle should only help forward movement on other efforts at deregulation.

Tom Struble, manager of the technology and innovation team at R Street Institute, told TPAF that he understands some fees and permitting for local governments are necessary, given that there are some costs to localities as cable providers upgrade infrastructure, “but they can be streamlined and modernized.”

He pointed out there were an estimated 3 million cord cutters in 2018 who stopped subscribing to cable services. That decreased revenue, combined with onerous franchise fees, will put a strain on the costs to provide video services, he said.

“Governments get too many concessions from companies trying to do business,” he said. “That’s the biggest issue that’s ripe for regulatory reform. I think we need to rethink that system.”