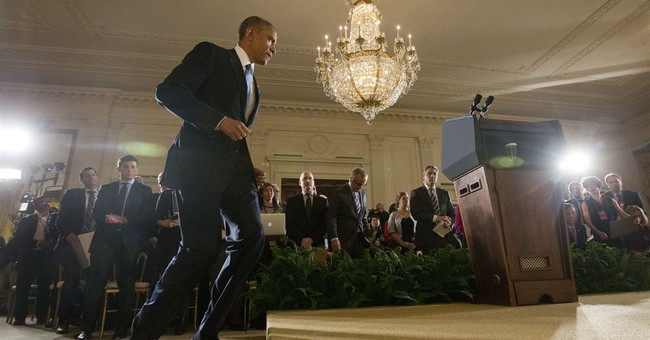 Is Barack Obama a Christian? Well, if you're inclined to agree with Joel Osteen the answer is, apparently, yes. However, if you feel that language has meaning apart from pop culture colloquialisms, you may arrive at a different conclusion.

The word Christian was first coined by the pagans at Antioch (Acts 11:26; 26:28). At its inception, the word was a descriptor, a word that denoted an objective set of facts about a person. To call someone a Christian, until fairly recently, meant that the person possessed a firm conviction regarding a defined set of doctrines. A Christian is, fundamentally, one who makes a claim to follow Christ and, therefore, subscribes to certain basic truths. This commonality of truths has been termed "mere" Christianity; they are objective and exclusive truths.

As C.S. Lewis so artfully put it in Mere Christianity, “When a word ceases to be a term of description and becomes merely a term of praise, it no longer tells you facts about the object: it only tells you about the speaker’s attitude to that object.”

Today, Christian has ceased to be a term of description. Calling someone a Christian, in common parlance, is the equivalent of saying, "hey, that dude is a really nice guy." It is meaningless. Not ironically, Osteen is the high priest of the disembodied platitude. His sermons float like a host of wondering specters, having been vivisected from the living corpus of Biblical doctrine. His cavernous church is like a gaping mouth, gumming wetly at spiritual mist, spun from the form of truth but butchered of its meaty substance. Osteen carefully carves the substance of sin, hell, repentance, and a host of other essential Christian doctrines from the bone and body of Divine Revelation. He offers a desiccated and shambling form of Christianity that crumbles to dust beneath the weighted majesty of the historical appellation. In his view, a person is a Christian if they simply acknowledge the fact that Christ is the risen Son of God. However, the devils believe and acknowledge the same, ”What have I to do with thee, Jesus, thou Son of the most high God?”(Mark 5:7)

The essence of what it means to be a Christian is a distillation of truth made at once simple and profound by Christ Himself. His appeal is universal, but demands that He be approached in an exclusive manner. Christ says to the world, “Enter ye in at the strait gate: for wide is the gate, and broad is the way, that leadeth to destruction, and many there be which go in thereat.”(Matthew 7:13,14) Christ is the gate and His work on the cross and subsequent resurrection are the only means by which faith may access redemption. The Scriptures shine with crystal clarity that a repentant acknowledgement of one’s sinfulness and insufficiency combined with a faith abandoned to all but Immanuel’s all sufficient crucifixion and resurrection are the keys to His kingdom and to personal reconciliation. (Romans 1:16,17; 3:10,23; 4:23; 10:9-13)

Osteen’s spectral form looms in the following verses in Matthew 7, “Beware of false prophets, which come to you in sheep’s clothing…Ye shall know them by their fruits…Many will say to me in that day, Lord, Lord, have we not prophesied in thy name?…And then will I profess unto them, I never knew you; depart from me, ye that work iniquity.”(vs 15-23) Joel Osteen’s Christianity isn’t the mere Christianity of the apostles in Antioch, it’s merely a vacuous term of praise. And, Osteen is lavish with his praise of Obama.

Obviously, only Barack Hussein Obama knows if he’s a Christian. However, we are given the responsibility to examine people’s “fruit.”And, Obama’s fruit is worm-eaten and rotten. You only have to give a cursory glance at Obama’s record to conclude that he doesn’t behave in a manner that would qualify him to wear the title of Christian. First, Christians don’t support partial birth abortion. This one is really simple. Partially extracting a baby from his or her mother’s birth canal and stabbing it repeatedly in the skull is not a practice that a Christian or, for that matter, a functioning human being would condone. But, Barack Obama does. Second, Christians don’t support institutionalized theft. Barack Obama likes to call this “spreading the wealth around.”This is the progressivist euphemism for covetousness, greed, and government sponsored robbery. Third, and finally in this trinity of calumny, Christians are not characterized by dishonesty. I’m sure you’ve heard Obama quip, “if you like your doctor, you can keep your doctor.”Or, “if you like your plan, you can keep your plan.”Actually, the list of lies would require a tome the size of War and Peace to fully catalogue. “And all liars, shall have their part in the lake which burneth with fire and brimstone: which is the second death.”(Revelation 21:8) We’ve come quite a distance from George Washington’s “I cannot tell a lie.”

So, is Barack Hussein Obama a Christian? Judging by the man, a verdict of not guilty is in order. Osteen’s problem is that he confuses being a nice guy that you’d like to hang with as the equivalent of Christ’s Sons of Thunder. But, you can’t be too hard on Osteen, it’s hard to hear the clarion call of wisdom when your ears are pressed close to an old, leathery bag filled with forty pieces of tinkling silver.