America's Fall From the Stars 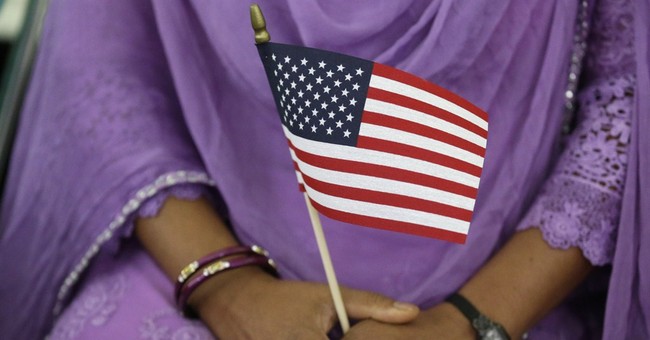 Among nations peace is a pipe dream. Like the poor, war will always be with us. Sadly, peace is only the quick breath before the plunge. Nation states constantly wage wars of interest, economic skirmishes, philosophical firefights, scrabbling after power, gibbering for prestige, for resources, for territory, to fulfill a dictator’s lusts or a tyrants whim.

Progressives assert that man is essentially good, that all one must do is look for the good in others, the proverbial spark of Divinity that smolders somewhere. A casual perusal of one’s favorite news paper should dispel that fairytale like so many autumn leaves. But, the silly idea persists, shambling inside vacuous skulls, finding a rich playground of unintended consequence and good intention. It is a weed that grows and chokes common sense and coils its tendrils of pacifism, moral and political relativism, until its leaves extinguish even the understanding of experience.

Man is corrupted, as our founding fathers knew so well and articulated so beautifully. This was one of the presuppositions that produced the miracle of the Constitution and the Bill of Rights. It is also the same presupposition that makes it possible to assert American exceptionalism. As a matter of historical fact we, as a nation, have striven for liberty and that makes our cause noble, dare we say better, than other nations which have been founded on lesser principles. A spark of Divinity does not lurk within us but rather the brooding ember of evil. That ember is always ready to metastasize into flame, feeding itself on the seven deadly sins until war and murder rage among men and nations.

Americans may delude themselves into believing that America can just opt out of the ancient struggle but the rest of the world will just snicker into their sleeves and step over our slumbering bodies, having drowsily clambered onto our own pyre. The rest of the world is gleeful to strike the match. America learned that lesson during WWII. We slept and our enemies, emboldened by our passivity, struck Pearl Harbor. Decades have passed and we seem doomed to repeat the Progressivist error—to assume that we may reason with our fellow man’s higher lights; we beat our swords into plowshares while China, Russia, and the rabid Islamo-Nazi hone their glittering blades to a razor’s edge.

President John F. Kennedy, Jr. understood that the flame of liberty is delicate and that we must be preeminent among nations if we wish to preserve it and see it set the world aflame. President Kennedy articulated clearly that only by maintaining an unassailable stature can America preserve its liberty against the constant pressures of hostile regimes. The enemies we face today are no different that the evil empires of the Cold War. Nation states do not seek parity but avariciously scrabble tooth and nail for dominance. That is human history not a fiction spun in a Harvard faculty lounge.

America’s mission to the moon, its presence in space, had everything to do with displaying American greatness and inspiring citizens to strive after excellence. In essence, that’s the American dream to participate, as equal citizens before the law, in a system that rewards merit, courage, risk, achievement. The space program was also about flexing some muscle and humbling the Soviet Bear. Intimidation is an important tool but is useless without a demonstrable capability. The Soviets were first to orbit a man made object and President Kennedy was wise enough to understand that this could not stand. The threat was strategic but almost more importantly psychological.

Americans love a winner. We need winners. Second place is merely first loser. Among nations, second place is death. The mission to the moon wasn’t just an exercise in technological expertise, it was a declaration.

The Obama administration, with it’s collective head bulging with the putrid gas of Progressivism’s blotched corpse, seeks a flaccid parity among nations. President Kennedy urged us to excel and to do those things that were hard because they were hard. JFK knew that the American people were not just up to any challenge but were and are always energized by it. It is the hardness that makes the achievement and the conqueror great. It is the process that builds capability and lifts the man or nation above peers. Achievement is a moral positive; it is a moral imperative for to hide one’s talent in the dirt is to sin against the Creator who bestowed it.

Ours is a lineage of heroes and giants who transversed the terrors of seemly illimitable seas in slosh-bucket ships, bestrode a fierce and wild continent to hew out a civilization, and blasted across the face of the stars to dust their boots with lunar powder. A free people are not meant to join in the dusty, bent-backed line of history’s serfs. Whether we like it or not, the world expects the best from us; it expects leadership from us because America is that shining city on a hill. America glitters because we are bejeweled with truth.

We can be first again, the engine of liberty for the world, but we must first roll up our sleeves and burnish the jewels encrusting our founding documents which Obama and his imps have been busy tarnishing. We can be great again but we must eject the detritus of Progressivism and maybe reach out again for the stars.