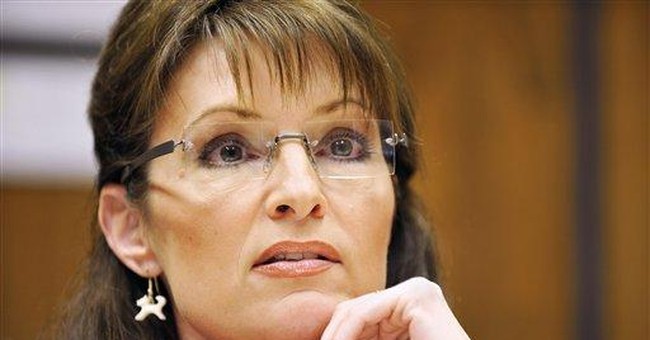 "It was all his doing. He was completely snowed by Palin," a source close to Mr. McCain confided to Inside the Beltway over the weekend. "He was totally taken by her."

Otherwise, according to the source, Mr. McCain "wanted Lieberman all along" - referring to Sen. Joe Lieberman, Connecticut independent - until such time it was agreed by powers-to-be that adding a woman to the GOP ticket would improve whatever chances the GOP had of defeating Democrat Barack Obama.

Now the magazine's editors have published a pair of letters, sent in by readers Jim Koepke of Minneapolis and Skip Schmidt of Columbus, Ohio, neither of whom, suffice to say, were impressed with the reporting.

Mr. Koepke: "I'm sad that you seem to have joined the media lovefest for Barack Obama. With each issue, you slide toward left-wing, politically correct eco-nonsense. I don't recall a cover of George W. Bush biking. And Dubya could probably kick Obama's [expletive] in a footrace."

Mr. Schmidt: "You might see a jock when you look at Obama, but I see a scrawny cigarette-smoker who plays basketball."

Mr. Lieberman lost his Democratic Party primary election in 2006, but won re-election after filing as a third-party independent candidate. While mostly voting today with Democrats in the Senate, Mr. Lieberman endorsed Republican Sen. John McCain for president over Barack Obama in November.

We already knew that 100 senators and 435 congressmen go to work every day in the U.S. Capitol -- when all of Congress' seats are filled. Now we know how many visitors come to the U.S. Capitol each day to witness democracy (and socialism, of late) at work.

Thursday afternoon, we're not sure exactly during what hour and minute, an unknown person, perhaps a child or senior citizen, became the one millionth visitor to walk into the new Capitol Visitor Center, which only opened its doors just 5 1/2 months ago, on Dec. 3.

Whereas the current congressional body has extremely low approval ratings among Americans, we can tell you that more and more citizens are coming to watch their elected representatives conduct business: compared to this year's million, there were only 467,800 visitors to the U.S. Capitol during the same period one year ago.

Mr. Feulner, who heads the nation's leading conservative public policy organization, is an ISI alumnus and currently an ISI trustee.

Since 1953, there have been only six recipients of ISI's Lifetime Achievement Award - William F. Buckley Jr., M. Stanton Evans, and philosopher Gerhart Niemeyer among them.