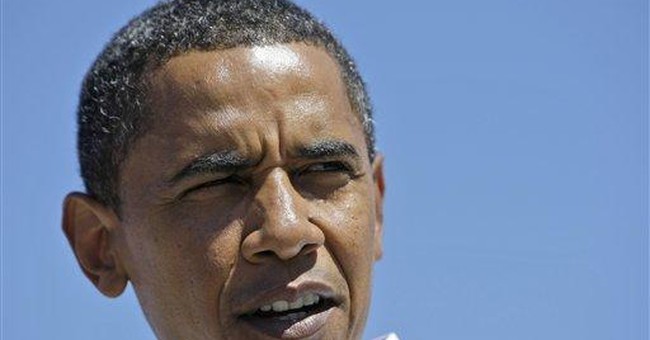 "It was fun and historic. Now we are in Saint Paul, where it will be fun and historic, too," an upbeat CNN anchor Wolf Blitzer told Inside the Beltway over the weekend as his network prepares for this week's Republican National Convention.

More than 40 million people switched on their TV sets to watch Sen. Barack Obama's acceptance speech concluding the Democratic convention in Denver, which is more than double the number that watched Sen. John Kerry accept the nomination four years ago.

Now, for the first time ever, more viewers - 8.1 million - turned on CNN for a major news event rather than watching any of the so-called "big three" networks - NBC, CBS and ABC. The latter newscast attracted the second-highest number of viewers, 6.6 million.

Speaking of TV news, Americans are led to believe that the war in Iraq - or more importantly how and when to bring it to a responsible conclusion - is one of the key issues in the 2008 race for the White House.

But you wouldn't know it by watching the U.S. TV networks, or so we read in the new September "Harper's Index."

Total minutes of network TV coverage devoted to the war in Iraq between January and June 2008: 300

Number of full-time correspondents that U.S. TV networks have posted in Afghanistan: 0

"I've sold only one McCain refrigerator magnet all day, despite having all this stuff - shirts, bumper stickers, you name it," the owner of Old Town Alexandria's patriotic AMERICA! store told this columnist Saturday afternoon, after a group of Canadian customers stopped in to purchase several Barack Obama campaign items.

The Canadians remarked that another business owner directly across King Street had told them minutes earlier that for personal reasons he refused to stock any merchandise bearing Mr. Obama's name.

Said one of the visitors: "When we told him that he was losing money, he replied, 'I don't need your money.' I couldn't believe it."

"Barack Obama's own history shows us what kind of president he would make. He's repeatedly voted to raise taxes, including higher taxes for anyone making $32,000 or more," said Black Republican PAC's Glenn McCall, the lone black Republican national committeeman in the nation.

Sen. John McCain's choice of Alaska "hockey mom" and Gov. Sarah Palin to be his vice-presidential running mate surprised just about every professional pundit in Washington, none more than Democratic strategist Paul Begala, who sought to explain the pick this way on CNN's "Larry King Live":

"The more I think about it, the more shocked I am. Larry, I'm a dad. Here's why. I'm a dad. You're a dad. Most of the people on this panel are parents. There's a moment when you have to sit down, in my case with my wife and our lawyer, and we wrote a will, because now we have to be responsible for those children if, God forbid, we die.

"Does anyone plausible believe that after one meeting, John and Cindy McCain would trust Sarah and whatever-his-name-is Palin, them, to raise their daughter if they were to die? Of course not. You wouldn't hand that responsibility over to somebody you had only met once."