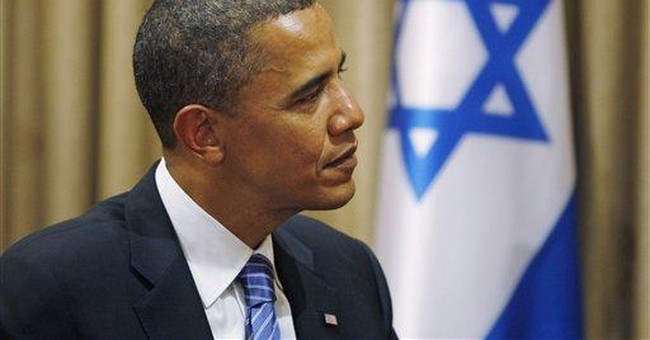 Short of his pending pick of a vice presidential running mate, the biggest news to come out of the Barack Obama camp thus far was when presidential campaign manager David Plouffe announced that the Illinois senator on Aug. 28 will formally accept the Democratic nomination in an outdoor stadium in mile-high Denver before more than 75,000 screaming fans.

Given all that hoopla, Inside the Beltway asked Erick Erickson, founder and managing editor of RedState.com, the largest online community of conservative activists, how in the world the more politically traditional future Republican presidential nominee Sen. John McCain could counter such a roused-up venue?

"Well, I think he launches into his evangelical outreach effort and has all the evangelicals pray for rain," Mr. Erickson answered. "I don't know how he's going to counter it, but anything he does is going to be completely ignored by the media in favor of the coronation of Barack Obama."

An Illinois congressman is equating the recent violence and resulting police checkpoints in one embattled neighborhood close to Capitol Hill to the situation in Iraq.

Democratic Rep. Bobby L. Rush, arguably Congress' most outspoken lawmaker on gun violence, said Tuesday that "in a scene reminiscent of a military checkpoint in Iraq, police had to cordon off the streets of the Trinidad section of Washington, D.C.

"This was in response to a series of shootings and stabbings that left at least 11 people wounded and two people dead. Among the gunshot victims was 13-year-old Alonzo Robertson, a young boy who was vacationing with family and friends when he was murdered."

One realizes the tremendous impact and popularity of the late President Ronald Reagan when Congress is already gearing up for his 100th birthday observance some three years away.

A bill establishing a $1 million, 11-member Ronald Reagan Centennial Commission was approved on Capitol Hill this week, its duties to plan, develop, advise and assist provide advice and assistance to carry out federal, state and local festivities in honor of the nation's 40th president, who was born on Feb. 6, 1911, in Tampico, Ill.

Those appointed to the commission during the next 90 days will be the interior secretary, three senators and three congressmen, and four members chosen by President Bush based on the recommendations of the board of trustees of the Ronald Reagan Foundation.

— Rep. Rob Bishop, Utah Republican, during recent House debate on a bill authored by Democratic Rep. Barney Frank to include the Taunton River in southeastern Massachusetts in the national Wild and Scenic Rivers program. Mr. Bishop argued it "doesn't take a rocket scientist to realize that if you are floating down this river, it is not wild and scenic if you can look over and see the local McDonald's right there on the bank."

Like other industries around the country, journalism is experiencing its own downward trend, not so much because of the economy, rather because of the changing landscape of the Fourth Estate in this rapidly expanding computer age.

As the Columbian Journalism Review (CJR) writes: "The steady drip of layoffs and buyouts, slowly desiccating newsrooms around the country has also produced a reservoir of anger, sadness, fear, uncertainty … among reporters and editors who invested years of their lives to print journalism only to be invited out of the business."

If it's unable to assist in any other way, CJR is now providing space in its online magazine (the paper edition is bimonthly) for "anyone so inclined to channel the emotions, not into a rant — although there might be a bit of that — but rather into a reflection on what went wrong, and where we might go from here."