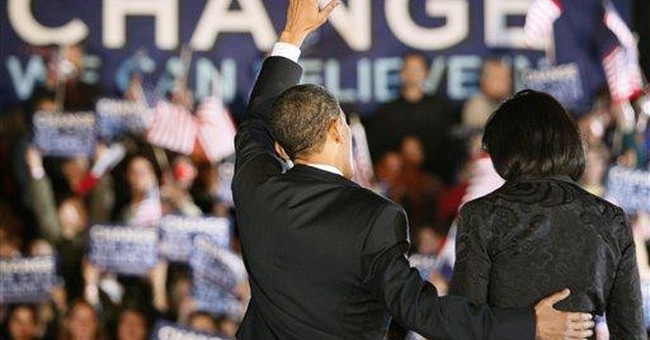 After sticking by his longtime friend Sen. Hillary Rodham Clinton in her 2008 bid for the White House, Washington lawyer Vernon Jordan told Inside the Beltway Monday that he will do everything in his power to elect Sen. Barack Obama president.

"But of course," said Mr. Jordan, the former top adviser to President Clinton who once led the United Negro College Fund and National Urban League. "I will do whatever I can to be helpful."

Indeed, Mr. Jordan already has hosted in his home one fundraiser for Mr. Obama, although at the time he made it clear that the proceeds were to benefit the candidate's Illinois Senate campaign. But he signaled to this columnist that another fundraiser could be in the works now that Mr. Obama is the party's presumptive nominee.

We might also recall what Newsweek's Howard Fineman penned in April: "While Obama and Jordan have not talked recently, they have had long chats, including one last summer - while golfing on the Vineyard. No one knows what they talked about, but it probably went along the lines of: You're not ready, and Hillary is.

"If the advice was offered, the younger man did not take it, of course. He also won the match. 'He was better than me that day,' Jordan says. The key words: 'that day.' Translation: Jordan expects the two of them have many golf games ahead."

Also a favorite No. 2 pick of former President Jimmy Carter, Mr. Nunn endorsed Mr. Obama for president in April, issuing a statement saying the Illinois senator understands more than others that the country has lost its "ability to build consensus."

"Demonizing the opposition, oversimplifying the issues, and dumbing down the political debate prevent our country from coming together to make tough decisions and tackle our biggest challenges," said Mr. Nunn, a top authority on U.S. defense who believes "new ideas from both political parties" are required in the coming presidency.

"On foreign policy and security policy, we must recognize that we are not limited to a choice between belligerency and isolation and that we must listen to lead successfully on the key issues facing America and the world," said Mr. Nunn, 69, who served four Senate terms ending in 1997. "Our next president must also recognize that the battle against violent terrorists, while requiring a prudent use of military power, is also a long-term contest of psychology and ideas."

Speaking of Vernon Jordan, the black business leader presided over his last luncheon meeting Monday as president of the Economic Club of Washington, which has seen its membership double during his tenure to the extent there's now a waiting list to join.

The afternoon's guest speaker was multibillionaire Eric Schmidt, chairman and CEO of Google Inc., who many in attendance did not realize attended Yorktown High School in Arlington.

("I did not know Katie," Mr. Schmidt told Inside the Beltway after his speech, referring to fellow Yorktown alum and TV personality Katie Couric. "She came along the year after me.")

To better explain the tremendous scope of the Internet and, in particular, Google for the diversified audience, which included Motion Picture Association of America chairman and CEO Dan Glickman, America Online (AOL) co-founder Steve Case, and former Virginia Republican Sen. George Allen, Mr. Schmidt demonstrated the vastness of the world's dominant search engine. With the click of a mouse, it can peer 13 billion years into the past by examining the dying light of galaxies, then leap into the future by watching rising waters from global warming slowly consume the nation's capital - including the Ritz-Carlton Hotel, where the club was meeting.

The Google chairman expressed confidence, however, that the Internet will increasingly benefit all aspects of society, and in the process "reflect the best of America."

When introducing Mr. Schmidt, Mr. Jordan couldn't help but observe that Google has "put our lives on public display ... good and bad."

Monday's price for a gallon of regular gasoline at the Exxon station on M Street Northwest in Washington: $4.15