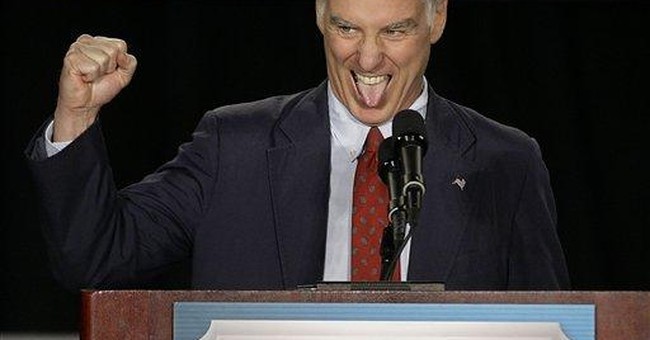 Time to expand on the planning going into the Republican and Democratic national conventions, which, if you didn't notice by now, are all about sight and sound.

Let's start with President Bush's Republicans, who are gearing up for 45,000 delegates, alternate delegates, volunteers, guests and members of the fourth estate to descend on the Minneapolis-St. Paul convention venue Sept. 1-4.

By the way, it's understandable why any major U.S. city is privileged to host one of the political powwows: The GOP convention, which is set to nominate Sen. John McCain as the 2008 presidential candidate, is forecast to drop a $150 million-$160 million economic boost on the Twin Cities, Minneapolis and St. Paul.

As for eye and ear candy, veteran television and stage producer David J. Nash is returning as the convention's executive producer — his fifth consecutive appearance. The New York native has worked in more than 200 Broadway shows, and his production credits include the Academy Awards and Kennedy Center Honors.

Not to be outdone, the Democratic Party has brought in no less than five seasoned professionals from the entertainment industry to help craft the "overall look, sound and execution" of its Aug. 25-28 convention in Denver, particularly "stage and podium design."

"From Olympic Games to Super Bowls and everything in between, this team has done it all," noted Ricky Kirshner, the convention's executive producer — his fourth Democratic convention in a row. It was Mr. Kirshner who produced the 2007 Super Bowl half-time show and the recent Tony Awards.

And get this: Mr. Kirshner revealed that Democratic National Committee Chairman Howard Dean gave him a mandate to "break the mold and take our thinking outside the box."

Stay tuned. Who knows, maybe Janet Jackson will be making an encore.

The U.S. government has just finished "imprinting" a new team of bomb-sniffing canines with the amazing capability of detecting the odors of 19,000 different explosives.

After an intensive 10-week training period, the Bureau of Alcohol, Tobacco, Firearms and Explosives (ATF) says it graduated last week from its Front Royal, Va., canine-training center a new class of canines and handlers from the CIA, Pentagon, U.S. Marshals Service and the Federal Protective Service.

The ATF said seven canine teams that graduated last week will be used for safeguarding federal and national events, including this summer's Republican and Democratic national conventions.

"These dedicated students have been training for seven days a week since January 7," said acting ATF Director Michael Sullivan. "They and their highly trained canine partners are now prepared to use their skills to protect the public and prevent terrorism."

Speaking of advances in security, the "Clear" fast security-verification lanes at Washington's Reagan and Dulles airports will open tomorrow for participating travelers who have been iris- or fingerprint-identified — allowing expedited passage through usually jammed security checkpoints.

Which obviously cuts way down on the hassle of arriving at airports two hours in advance of a scheduled flight.

So far, the Clear system has signed up 120,000 government-approved travelers nationwide, who pay an annual fee of $128 for the privilege of skipping the long security lines. Clear cards are operational at 16 U.S. airports.

The Democratic National Committee (DNC) is doing everything in its power to refocus attention away from party infighting between Sens. Barack Obama and Hillary Rodham Clinton and place it where it should be during a presidential election — on the other party's candidate.

If nobody else, the DNC often two or three times a day levels a new accusation against presumptive Republican nominee Sen. John McCain. Consider these DNC headlines of recent days:

"McCain Has Shown Some Inconsistencies"

"McCain Has a Problem of Saying One Thing and Doing Another"

"McCain in A Glass House"