The Barbarian at the GOP Gates

John Kass
|
Posted: Feb 26, 2016 12:01 AM
Share   Tweet
The opinions expressed by columnists are their own and do not necessarily represent the views of Townhall.com. 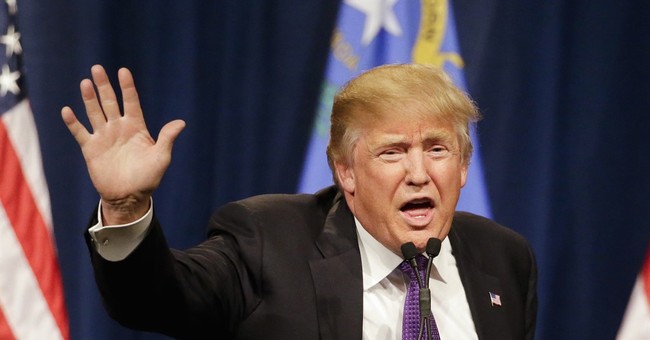 Call me a loser conservative, but Donald Trump is not my cup of tea.

Rand Paul was the candidate I liked, one who suffered a charisma deficit, yes, but a conservative who actually referred to the Constitution.

I thought he had a chance to attract young voters and realign the Republicans away from their war-party impulses and toward some semblance of fiscal sanity.

As a result, Paul was savaged early on by the GOP establishment as some kind of dangerous "isolationist," which means he didn't want American kids to fight wars in the Middle East.

Back then the GOP establishment didn't mind Trump, when he was sucking up all the TV media oxygen on Fox News and thereby asphyxiating the Paul campaign. In the establishment mind, Trump must have been a useful idiot.

He'd take attention away from candidates who threatened the establishment, and when it finally was time, the wise men would unleash Jeb! and his $100 million and cruise to victory.

It was a great plan except for one thing: reality.

And so it didn't happen, did it? Now they fear Trump.

I don't fear him -- Congress and the courts will do their job -- but Trump is everything I don't like in a leader for the republic.

He's charismatic and strenuously nonspecific, with a campaign built largely on messianic appeal. His core true believers really don't care what he says anymore. So in this, Trump is rather like the current president, only pinker, and with crazy hair and a lot more attitude and fewer establishment media pooches begging for his biscuits.

That said, I'm loving what Trump's been doing to the Republican political establishment.

Because if any collection of weasels deserved what's coming to them, it's this crew, for all the promises they've made to their conservative base, and all the times they've broken them so the big donors wouldn't be angry.

With each Trump victory, and each squeal and shriek from GOP pooh-bahs, I savor an image I've been building in the Kass Mind Palace:

A Renaissance-style painting of the GOP establishment as Roman senators in togas with the wild red-haired barbarian at the gates.

They lift their pasty hands -- generally reserved for lifting goblets and ordering slave girls to roll over -- and beg the leather-clad barbarian for mercy.

They make ready to clasp his knees. They hate him and that horse smell and leather and the barbaric hygiene. But they like being close to power. And if he continues winning, you'll see them cozy up. That's what establishment types do.

And I can't say I don't like what's happening, because they deserve it so.

The common wisdom is that if Trump continues on and wins the Republican nomination, he'll be trounced by Democrat Hillary Clinton, who recently announced that she always tries to tell the truth.

But I'm not so sure. Still, if you read the bleating op-eds, you get a sniff of the GOP establishment panic. They weep about disaster at hand.

What they don't say is that they'd rather have Democrat Hillary Clinton in there -- the true establishment Wall Street candidate -- than Trump.

But they haven't abandoned their dreams of a Trumpless ticket just yet. They think if only they can get Ben Carson to drop out, and arrange a marriage, something to elevate their new flavor, Marco Rubio. If they can only talk sense into Ted Cruz, but they can't, because they've spent the past couple of years hating Cruz's guts.

The pooh-bahs once yearned for a John Kasich bounce, although Kasich is actually running for vice president and trailing Trump in Ohio in some polls. Kasich's main problem is that he can't stop sniveling. I don't think it's his fault. It's just the way the guy talks. But who wants a sniveling president? Nobody.

What they've completely missed is that the American people are angrier than they've ever been, and with good reason. The party leaders thought they could herd that anger.

"They didn't see Trump as the vessel for all this anger," Tom Bevan, a friend and publisher of the RealClearPolitics website, said in an interview for an upcoming episode of "The Chicago Way" podcast.

"They looked at Trump and thought ... there's no way Republicans, no matter how angry, would rally around this guy. You've heard the establishment types say that they don't know a single person who'd vote for Donald Trump. And then he goes out and wins."

I offered my wacky theory: They thought they could use the barbarian to stop candidacies like Paul's.

"Little did they know they'd end up with a candidate (Trump) on a nationally televised stage who would say that George W. Bush lied us into war in Iraq and was responsible for 9/11," Bevan said. "They ended up with a lot worse than Rand Paul."

Trump's arguments about Iraq resonate with the Republican voters. And that's a dramatic shift among the rank and file, coming only over the past few years.

The anger you see on the Republican side will hit the Democrats in the next election cycle. As much as I'd hoped, I think it's too early for that kind of revolt this year. The liberal media ripped on the GOP for having so many candidates running for president, but it is the Democratic Party that has insulated itself against democracy.

All those millennials feeling the bern for Bernie Sanders will soon realize that Clinton and the Democratic Party have already rigged the game with all her superdelegates and Wall Street cash.

But that's in the next cycle.

Now it's the time of Trump, the barbarian at the Republican establishment's gates.