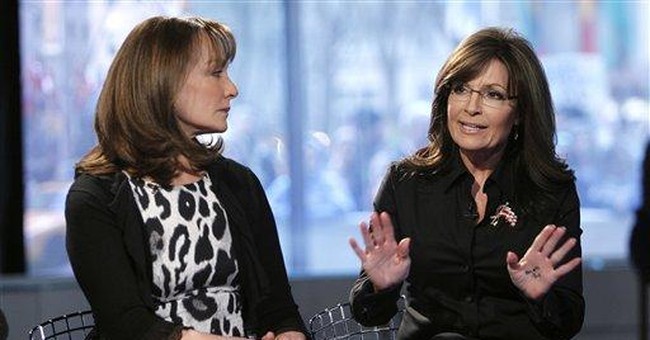 Trending
If you were just dying for soup -- and you were NBC medical editor Dr. Nancy Snyderman, bent on breaking an Ebola quarantine that you figured didn't really apply to you because you're so special -- what soup would it be?

These are just some of the famed delicious soups sold at The Peasant Grill in Hopewell, N.J., a place known for its fabulous soups. But owner Michelle Klein told me she would not comment on Snyderman's now-controversial Ebola Soup Run.

But I had a plan to find that special soup that would lure a media celebrity doctor to the brink of credibility. And it worked.

Snyderman had been in Liberia recently with a camera crew reporting on the Ebola epidemic for NBC. Unfortunately, one crew member, freelancer Ashoka Mukpo, came down with Ebola.

So Snyderman and others went into a voluntary quarantine. Doctors wanted to wait and see if symptoms occurred, and she promised and other crew members promised to stay at home.

Mukpo, meanwhile, the poor guy with Ebola, was taken to a hospital in Nebraska. He's been tweeting that he's been feeling much better and that he's thankful for "all the positive vibes."

The other day, Snyderman was reportedly spotted not in her home -- which is where she was told to stay so she might not infect others if she were ill -- but in the parking lot of the Peasant Grill, waiting for someone to bring out her order.
CARTOONS | Michael Ramirez
View Cartoon

According to reports, she wore big dark glasses and had her hair pulled back, an incognito soup run if you will, perhaps like Carrie in "Homeland" going on a mission.

And that's when she became Dr. Soups Snyderman.

Civil society is cracking up along such lines. Rules for the elites, rules for the rest of us. There isn't anything new about human behavior. The politics of epidemics were ever thus.

"No comment," said Klein, and you could hear the sounds of a busy restaurant in the background.

But I'm not calling about Dr. Snyderman, I told her.

No, I'm calling about your famous soup. What makes it soup to die for?

"Well, people love our soups because we make them fresh every day from scratch," said Klein. "Every day."

I recognized the pride in her voice as belonging to a true soup artist, someone who makes her own stock and starts her soups simmering so the flavors meld and build, layer upon layer of taste, soups so fantastic that people seek it for the comfort it gives them. Even when they're scared of Ebola.

What I really wanted to ask Klein was: Which is the soup they'd kill for? But I chickened out and instead asked:

Of all your famed soups, which one do people just have to have?

Dr. Soups' problem is this: You can't be a doctor on TV network news, telling people what's good for them, what's bad for them, and then when you're told to stay home because you might have Ebola, you just run out for soup (seafood chowder I'm guessing).

When a relative of the Ebola patient in Dallas reportedly tried to break the voluntary quarantine, others were rightly angry. They were then ordered to stay in their homes.

And after her soup run, Dr. Soups Snyderman was also ordered to stay inside by New Jersey health officials, and inside she will certainly stay, since photographers will be hoping to catch her on another soup run.

NBC put out a weak statement by Snyderman, read by anchor Brian Williams on Monday night:

"While under voluntary quarantine guidelines, which called for our team to avoid public contact for 21 days, members of our group violated those guidelines and understand that our quarantine is now mandatory until 21 days have passed," Snyderman said in the statement.

"We remain healthy and our temperatures are normal. As a health professional I know that we have no symptoms and pose no risk to the public, but I am deeply sorry for the concerns this episode caused."

Notice how NBC doesn't have her taking any personal responsibility for breaking quarantine? That's because she knows what's best when it comes to balancing possible Ebola contamination against her desperate soup jones.

But no health professional came forward to say, "Yeah, well, if Ebola really became an epidemic in this country, we all must follow the rules, unless you want some tasty potage or gumbo or chowder and so on."

It would have much been better if she'd offered the following statement that I've written for her.

"Hi! I'm Dr. Soups Snyderman, and I'm really such a tool. Sorry. My cameraman got Ebola, and sitting in the house waiting for symptoms can really drive you crazy. And I really wanted a bowl of soup. So I went and got the (bleeping) soup, OK? My bad. But hey, I'm a doctor and know what's best, so stay tuned for my next Ebola special."

NBC can use it on one condition: Get me a bowl of that seafood chowder and make sure it's hot.