Diversity is a Weakness, Not a Strength

John Hawkins
|
Posted: Oct 21, 2017 12:01 AM
Share   Tweet
The opinions expressed by columnists are their own and do not necessarily represent the views of Townhall.com. 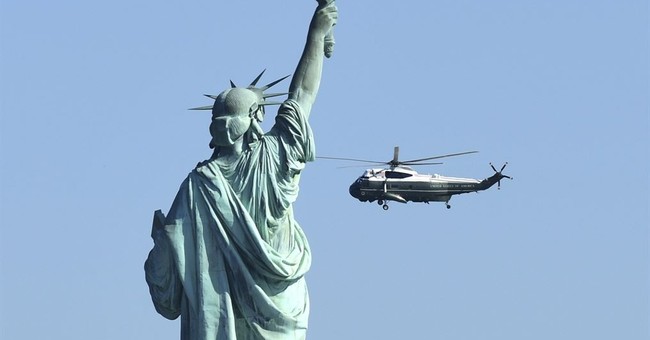 "Diversity is a strength” is one of those Orwellian maxims that’s just generally accepted as truth by most Americans despite the overwhelming evidence to the contrary.

Granted, if you’re talking about a DIVERSITY OF IDEAS, you can certainly come up with some situations where it’s a strength. For example, in the movie World War Z, Israel is saved (at least temporarily) by having a “tenth man” whose job is to forcefully argue for the alternative viewpoint to a situation where everyone agrees. So instead of laughing off the idea that Israel might face a zombie invasion, Israelis realized there was merit to it and were prepared in time to protect the country. Back in the real world, the NFL certainly could have used someone pointing out the potential long-term downsides of allowing players to disrespect the flag when just Colin Kaepernick was doing it. Donald Trump might benefit from a diversity of opinions when he’s about to tweet about Rosie O’Donnell or Mark Cuban at 4 AM. The Democrat Party could certainly use the input of a few random white factory workers from flyover country about the latest rhetoric and proposals it's about to pitch.

On the other hand, even when diversity of thought is useful, it’s only in limited doses. The New York Yankees don’t want players who think the Boston Red Sox should win the pennant. A Republican President doesn’t want a Democrat in his Cabinet who will undermine him at every opportunity. Our military doesn’t want soldiers hoping the other side will defeat us in a war.

All that being said, when most people talk about “diversity,” they don’t mean a diversity of ideas. They believe a Hispanic guy, a black guy, a transsexual and a woman bring something to the table just by virtue of their race or gender.

This is seldom true.

In fact, diversity is often a huge minus. The new black employee may claim you discriminated against him, even if he’s fired for legitimate reasons. The woman may sue for sexual harassment after seeing a swimsuit calendar on some random guy’s wall. The Satanist you hire may call it religious discrimination if you don’t offer him a goat to sacrifice to Lucifer on Halloween.

Diversity can work just fine, but only if there’s strong pressure on people to assimilate to the existing culture. That’s why our very diverse military functions so well. However, we don’t have those conditions in America as a whole. Instead, we have liberals promoting tribalism and grievance mongering non-stop. In other words, every racial, sexual and religious difference is used as a way to split people further apart. Many of the same people who claim diversity is a strength will also tell you white people can’t understand the concerns of black Americans, men are oppressing women and women who don’t want to share a bathroom with a transsexual man are bigots.

It’s worth noting that America’s increasing diversity is largely a product of a change to our immigration system implemented in the sixties. European-born immigrants made up 75% of American immigrants in 1960, but that percentage dropped to only 11 percent in 2014. Combine that with the cultural degradation and rise of tribalism that has occurred during the last couple of decades and we have seen a much more radical change in this country than most people realize. Furthermore, as Robert Putnam noted, all of this diversity in America has a lot of negative consequences,

IT HAS BECOME increasingly popular to speak of racial and ethnic diversity as a civic strength. From multicultural festivals to pronouncements from political leaders, the message is the same: our differences make us stronger. But a massive new study, based on detailed interviews of nearly 30,000 people across America, has concluded just the opposite. Harvard political scientist Robert Putnam -- famous for "Bowling Alone," his 2000 book on declining civic engagement -- has found that the greater the diversity in a community, the fewer people vote and the less they volunteer, the less they give to charity and work on community projects. In the most diverse communities, neighbors trust one another about half as much as they do in the most homogenous settings. The study, the largest ever on civic engagement in America, found that virtually all measures of civic health are lower in more diverse settings. "The extent of the effect is shocking," says Scott Page, a University of Michigan political scientist.

Actually, it’s not all that shocking. We make this assumption that as people from different groups get to know each other, they’ll grow to like each other. Unfortunately, this can only occur where people have shared values and goals. For many Americans, if your neighbors are waving a Mexican flag and saying America sucks, say you’re part of rape culture, want America to live under Sharia law or accuse you of having privilege because you’re white, the more you get to know them, the LESS you are going to like them. Additionally, if they believe those things, chances are they don’t like you either.

We see this same pattern all over the planet. Look at the conflicts going on in Afghanistan, Libya, Israel and Iraq. How’s that diversity working out for them? How is diversity playing out for Russia and Chechnya? What about the Hutu and Tutsi in Rwanda? How about Bosnia and Herzegovina? Even the Western part of the Roman Empire eventually fell because it became too corrupt and weak to assimilate the tribes it allowed inside its border. In the end, diversity cost the Romans their empire.

The only thing that ever allowed Americans to believe that diversity is a strength was our uniting culture. Without the now-destroyed Melting Pot to keep us together, diversity is one of our nation’s great weaknesses.