7 Things Liberals Should Learn From This Election But Won't

John Hawkins
|
Posted: Nov 12, 2016 12:01 AM
Share   Tweet
The opinions expressed by columnists are their own and do not necessarily represent the views of Townhall.com. 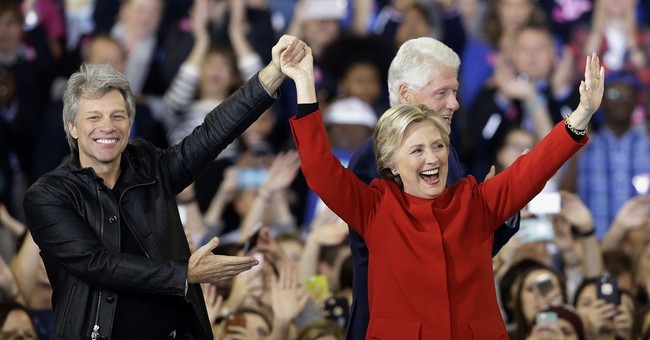 1) The Standard Liberal Rhetoric Against Republicans Is Nuts: Last week, Bill Maher said the following, “I know liberals made a big mistake because we attacked your boy [President George W. Bush] like he was the end of the world. He wasn’t. And Mitt Romney, we attacked that way. I gave Obama a million dollars, I was so afraid of Mitt Romney. Mitt Romney wouldn’t have changed my life that much, or yours. Or John McCain. They were honorable men who we disagreed with. And we should have kept it that way. So we cried wolf. And that was wrong."

Whether you love or hate Trump, you have to agree that his behavior, temperament and style are wildly different than that of George W. Bush and Mitt Romney. Yet, the Left’s charges against Trump seem to be largely identical to the ones it leveled at Bush and Romney. Racist? Check. Sexist? Check. Is a mean, hateful person? Check. Fascist? Check. A Nazi? Check. When you try to paint every person that doesn’t agree with you as the devil, then you’ll soon find you lack the ability to describe someone you truly believe to be the devil if he appears.

2) Smearing People As Racists Has Consequences: A big part of Barack Obama’s initial appeal to many of the Americans who voted for him in 2008 was the unspoken promise that he’d lead us into a post-racial era. How racist could America be if we had a black President, right? Unfortunately, Obama and his allies on the Left took us in exactly the opposite direction. Day in and day out, any white person who didn’t toe the liberal line was called a racist and falsely accused of having white privilege. Anyone who complained about it was told in not so many words, “You’re white; so shut up.” Meanwhile, the clear majority of people being called racists didn’t agree with that assessment. They seethed; they got angry about it and many of them got their revenge by voting for Donald Trump.

3) Radical Liberalism Doesn’t Play In Most Of The Country: Barack Obama was the most radical President in American history. During his tenure in office, gay marriage was forced on an unwilling country. As a follow-up, Christians who refused to cater gay weddings were persecuted by the government while liberals insisted that mentally ill men should be able to use the bathroom with women and little girls. White Americans are now routinely racially smeared because of the color of their skin. Iran is on track to get nukes. Obama gave away control of the Internet Address book. Obamacare has been a disaster for most Americans. Our government has moved from ineptly fighting illegal immigration to encouraging it. It goes on and on. There’s a lot of good to be said for trying to make life better for the American people, but there’s nothing good to be said about trying to force an unwilling country to become a liberal utopia.

4) Maybe Unlimited Executive Power Wasn’t Such A Great Idea? The liberal attitude of the last eight years seems to be, “We want our way, we want it right now and we’re willing to use any method to get it.” Liberals urged Obama to go around Congress at every opportunity. They gave him the thumbs-up when he unilaterally changed Obamacare. They applauded him each time he signed a controversial executive order. Now Republicans have the House and the Senate while Donald Trump is going to be President.  That means the executive orders Obama centered his whole second term around can be revoked with a stroke of Trump’s pen. Also, remember when Harry Reid used the nuclear option to undermine the filibuster? How’s that decision going to look if and when Republicans draw the only sane conclusion, which is that Democrats are going to kill all filibusters as soon as it’s convenient? With that in mind, why shouldn’t the GOP nuke the rest of the filibuster now? Just remember, liberals, they learned that lesson from you.

5) Trying To Win Policy Arguments With Judges Creates A Backlash: Liberals have written off flyover country as a land of deplorable backward hicks whose opinions need not be respected because they don’t agree with those of Elizabeth Warren and Rachel Maddow. So, since they can’t convince these people to do what they want, the liberal response has been to find judges who’ll set the Constitution aside and force Americans to implement the left-wing agenda.  Judges SHOULD BE about as relevant as umpires at a baseball game in politics because it’s not their job to legislate from the bench. Unfortunately, since liberals consider the court to be nothing but politics by other means, judges have become an enormous political issue on the Right. In fact, I can’t even count the number of times I heard a Republican say something like, “I think Trump is horrible, but I have to vote for him because of the Supreme Court.” If liberals were content to have liberalism in places like San Francisco, Detroit and Chicago without trying to find judges who’ll force it down everyone else’s throat, it’s entirely possible we’d have a different President-Elect today.

6) Hillary Clinton? Seriously?: I can very easily understand not liking Trump.What I don’t really understand is this sanctimonious, “How can anyone vote for Donald Trump?” attitude from people who were backing Hillary Clinton.Here’s a woman who’s famous not for her own achievements, but because she married the man who became President. She’s unlikable, dishonest to a fault and deeply corrupt. Keep in mind that even as Democrats were voting her in over Bernie Sanders, there was a potential FBI indictment hanging over her head and only James Comey’s decision to play politics prevented her from being charged. In other words, this is a woman who richly deserves the “Lock Her Up” chants that were often heard at Trump rallies. In a year when the American people picked a man who’s the living personification of “Screw the status quo,” Hillary represented everything regular people despise about the status quo. The fact that someone like that could ever become the Democrat nominee should prompt a lot of soul searching.

7) Liberals Have Gone Way Overboard With Political Correctness: We live in a world where someone like Justine Sacco can lose her job, face countless death threats and have her life decimated just because she tweeted out, “Going to Africa. Hope I don’t get AIDS. Just kidding. I’m white!” Is she racist? Was she good at her job? Is she a good person? All of those questions were treated as irrelevant in that notorious case because she put out a mildly offensive tweet. Most Americans are sick of living in an insane world where they have to walk on eggshells out of fear that their lives may be ruined if they make a bad joke. For many people, the fact that Trump is the walking, talking embodiment of a middle finger to D.C., the media and the people shoving political correctness down their throats is his most attractive feature. That’s because they have calculated that if Trump can get away with it, they may be able to do the same thing.

* Special thanks to Dominic LeBel for suggesting this column idea on Twitter.