America is a Nation Headed For a Fall

John Hawkins
|
Posted: Feb 06, 2016 12:01 AM
Share   Tweet
The opinions expressed by columnists are their own and do not necessarily represent the views of Townhall.com. 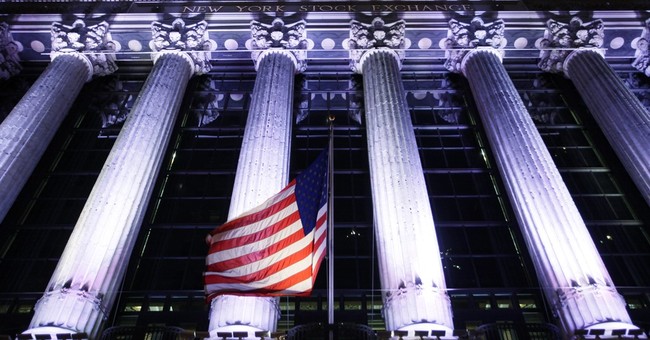 “Freedom is never more than one generation away from extinction. We didn’t pass it to our children in the bloodstream. It must be fought for, protected, and handed on for them to do the same, or one day we will spend our sunset years telling our children and our children’s children what it was once like in the United States where men were free.” – Ronald Reagan

When a nation is beset by problems too big or too difficult to solve, it tends to obsess over trivia. Are “Berniebros” sexist for preferring Bernie Sanders to Hillary Clinton? Does Adele’s “Hello” promote sexual harassment? Are wealthy, privileged black liberals being given enough Oscars by wealthy, privileged white liberals?

Meanwhile, when was the last time America decisively WON a war and achieved all of our objectives?  If we don’t count small excursions like Grenada, that would be WWII. We may have the best military in the world, but our ridiculous rules of engagement and meddling politicians have become more of a problem for our troops than the enemy.

Additionally, the rule of law no longer exists in America in a meaningful way.  Well-connected Democrats like Hillary Clinton can break the law with impunity while Republicans like Scott Walker and Rick Perry have to face politically motivated prosecutions. Meanwhile, our government openly encourages illegal aliens to laugh at our laws while liberal judges ignore the Constitution and base every ruling solely on their ideology. Justice is supposed to be blind, not just politics by another means.

Fifteen years after 9/11, our borders are still wide open and we don’t have an effective system of tracking people who overstay their VISAs. Even as our economy becomes ever more centered on educated workers, we’re welcoming in massive numbers of immigrants, both legal and illegal who are uneducated. Approximately half of them end up on government assistance paid for by Americans who are laughed at when they question whether unlimited amounts of immigration helps our country.

We keep hearing how wonderful our economy is supposed to be these days, but only 63% of Americans have a job or are looking for one. That’s the lowest percentage since 1978. Not only does our government not have any intention of paying off a dime of our debt, any and all serious attempts to cut into our massive deficit are met with howls of outrage. This is despite the fact that our growing debt has the potential to cause an economic collapse in the next decade or two that would likely lead to a Depression and the end of Social Security and Medicare in their current forms.

Christians are portrayed as serial killers, wackos and hypocrites in Hollywood; they’re mocked by the mainstream media; the military has become overtly hostile to Christianity and we’ve now gotten to the point where liberals are trying to make it illegal for Christian businesses to oppose gay marriage or for Christian hospitals to refuse to participate in abortions. Meanwhile, we’re the world’s largest consumer of illegal drugs and we’ve murdered 4-5 Holocausts’ worth of innocent children since Roe v. Wade while 4 out of 10 children are born out of wedlock. We’ve become a “if it feels good, do it” society where the only sin is pointing out when someone’s sinning.

In liberal-run cities like Detroit, the number of kids who aren’t proficient in math or reading tops 90% and nothing of significance is being done about it. Terrorists and communists are openly welcomed as professors at our universities where economic policies that should have died with the Soviet Union are widely promoted. The education of our children has become secondary to propping up teachers unions that have been failing our kids for decades.

Merit has been tossed to the side in politics and we’re now told that it’s perfectly acceptable to vote for unworthy candidates for political office as long as they’re the right race or gender. No matter what their race, gender or political party happens to be, our politicians have become hopelessly corrupt and out-of-touch. Our politicians are more crooked than the mob and less competent than the French military in WWII. Perhaps that’s not a surprise given that any random handful of rich donors has more influence on our politicians than tens of millions of voters while our government seems incapable of handling the basic tasks.

Like coddled trust fund babies, Americans today are living on the economic, cultural and militaristic accomplishments of previous generations. They made the ruthless decisions we no longer have the guts to make in order to win wars. They created the Constitution, morals and codes of conduct that served our nation well for so long that we now ignore. They built the roots of a thriving capitalistic system so strong that we’ve come to believe that there’s no amount of socialistic sabotage it can’t endure.

We are a decadent nation in deep decline that’s content with the status quo because we’re borrowing so much money that it hasn’t gotten uncomfortable yet. Our politicians, our culture and most Americans don’t seem to understand that our country is a ship with a hole in the bottom, an airplane with no landing gear, a car with no brakes. Until they understand the severity of the situation, we will continue to be a nation obsessed with what’s on TV while our country burns to the ground around us. There’s nothing sadder than watching the country that you love ignore neon signs a thousand feet high warning them of oncoming disaster as they stumble through a minefield, blissfully unaware that they’re steps from disaster. Sadly, that’s where we are today as a nation.

You and I have a rendezvous with destiny. We will preserve for our children this, the last best hope of man on earth, or we will sentence them to take the first step into a thousand years of darkness. If we fail, at least let our children and our children’s children say of us we justified our brief moment here. We did all that could be done.