An Open Letter To Conservative Activists 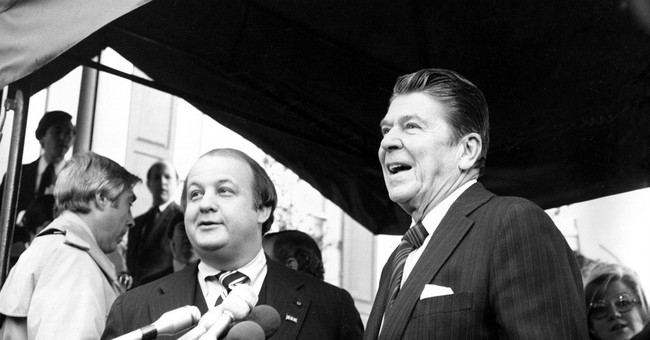 After I write a column that rips Barack Obama up one side and down the other, talks about our debt or the fact that we essentially don’t have borders any more, there are usually conservatives who show up in the comments section or email me something like, “I agree with you 110%, but what’s the solution? What policy do we put in place to fix everything that’s going wrong? When are we going to have another Ronald Reagan ride in on a white horse and fix what’s wrong?”

Here’s the problem with that: It’s the wrong mentality. It’s sort of like a guy who decides he wants to do more dating; so he starts trying to find the perfect pick-up line because he knows that’s the answer to all of his troubles.

So, then what is the solution to our problems? Well, let me explain it in a way that will help drive the point home.

Imagine that you get your hot little hands on a time machine and the first thing you want to do is go back and visit your favorite president, Ronald Reagan, when he was a young man. Now personally, I’d want to talk to Jesus and then I’d want to go back and invest money in Google and Microsoft while they were cheap, then I’d buy a bunch of Hitler’s paintings while he was still an artist to prevent World War 2, but to each his own. You want to go see Ronald Reagan. So you go back to see Reagan and you point at him, start talking to someone nearby and say, “See that guy? That guy is the key to revitalizing America’s military, getting our economy back on the right track and putting an end to the Soviet Union. That man will revolutionize conservatism and become one of the most important men of the 20th century!” Then he’d say, “You mean Ronald Reagan? The B movie actor? The one who just did the movie with the chimp? ‘Bedtime for Bonzo?’” Next thing you know, he’d be telling you, “Wait right there.” Twenty minutes later you’d be on your way to an insane asylum where you’d be telling everyone that there will be gay marriage in 2015 and people will carry phones around in their pockets – as if anyone would believe that way back then.

After you sneak out of the insane asylum, let’s say you decide to go back in time to see your favorite talk radio host Rush Limbaugh!

So, you show up at a Kansas City Royals home office because Rush used to work in sales there. And you tell someone, “Hey, you see that guy in promotions? That guy? He’s going to revolutionize AM radio and build the biggest talk radio audience in America. He’ll convert millions of people to conservatism and will be such a force that the President of the United States will court his favor if he’s a Republican or attack him if he’s Democratic.” Then, that guy would look at you and say, “Wait, you’re talking about Rusty? The guy who’s working a menial office job for the Royals?” You say, “Yeah!” Next thing you know, he’s telling you, “Wait right there,” and you’re headed back to the insane asylum in 20 minutes.

How about Andrew Breitbart? Did you know he was one of the four people who helped found the biggest hardcore liberal website in America, the Huffington Post? Also, for the record, let me note that he wasn’t a particularly good speaker, he didn’t shave half the time and when he was alive, there were plenty of RINOs who hated his guts. David Frum even wrote a really nasty obituary after Breitbart died, which gives you an idea of how the squishier corners of the Republican Party looked at Breitbart.

Now, some of you are probably thinking, “Thanks for the history lesson on Reagan, Limbaugh and Breitbart, but what does that have to do with finding a solution for the problems in the conservative movement?”

It has everything to do with it because YOU are the solution. You and people like you all across the country are the men on white horses who are going to make a difference. If not you, then who? I mean, you’re the ones who care enough to show up. You think some guy who spends all his nights at home eating popcorn while he watches Matlock reruns is going to change the world? Come on, it’s you or nobody.

And you may say, “But, I don’t have Rush Limbaugh’s charisma. I can’t lead like Reagan. I can’t get in people’s faces like Breitbart.” And that’s fine. But, what can you do? There are things you like to do that you’re better at than other people that can be used to make a difference. I guarantee you that if you take some time and think about it, you can make a much bigger impact than you think.

For example, I don’t know how many of you have heard of Sabo, but he does crazy conservative street art in Hollywood and he creates a sensation when he slaps a poster in front of liberal fundraisers and Hollywood functions. This is a guy who’s making a genuine impact for the conservative movement with art.

Now, I’m sure most of you have heard of James O’Keefe. Well, I’ve talked to James on the phone and at multiple conservative functions. I’ve interviewed him, too. And you know what? He’s introverted to the point of being shy. In fact, when he first started going to conservative events, he’d go with a friend and the two of them would sit in the corner unless someone came up to them because he’s not a big people person.

Do you know how James O’Keefe got his start? When he was at Rutgers University, he got sick of the political correctness and he went to the school staff and so he reached out to them and said there was something racially insensitive going on at the college. Now, when he did that, he was speaking their language. So he gets a meeting and they ask, “James, what’s wrong?” He says, “When people go into the lunch room, they have this cereal there. It’s called Lucky Charms. It portrays people like me as short, green -- and people laugh at it. I’m short, I’m not green, I don’t want to be laughed at!” It worked, too. James O’Keefe got them to take Lucky Charms out of the cafeteria – well, until they figured out he was mocking them. Since then, James O’Keefe took down ACORN and exposed voter fraud. He has broken big story after big story. That’s what one introverted guy who liked to pull pranks managed to do when he lived up to his full potential.

You know personally, I don’t think of myself as a big deal. If the conservative movement is a Saint Bernard, then I’m one of the fleas walking around on its tail. But, that doesn’t mean I haven’t come a long way.

When I got started, the only political experience I had was putting candidate signs in a few people’s yards. I also filled in at the Republican Party headquarters for free manning the phones, until someone told me in so many words that my clothes were too shabby and that I needed to dress better to fill in for free. Well, I didn’t have the money to afford the clothes and I was embarrassed, so I never went back.

When I started Right Wing News, I was 30 years old, I had no money, no connections in D.C. and really there wasn’t anyone other than Andrew Sullivan blogging for a living back then. I know liberals think the Koch brothers and Sheldon Adelson fund everything that happens in the conservative movement, but no rich guys have ever ponied up any money to help me out.

Fast forward to today and I have more than half a million people a day reading Right Wing News. Our Facebook page has more than 2.1 million likes on it. “Reach” on Facebook is how many people see your Facebook posts. Our reach is typically about 80 million. That’s partially because we run human interest stories, fight videos and other crazy stuff that enable us to reach moderates and pull them in. Engagement on Facebook is how many people like, comment or share something on your page. Our number of engaged users in a week is typically about 5 million people. Just as a point of comparison, Barack Obama’s Facebook page has almost 43 million likes and as I write this, its engagement is around 540k. So on Facebook, we’re making a bigger impact than the President of the United States.

So, what can you do?

Maybe your skills don’t seem all that applicable to politics? What if you’re a mechanic? Well, no joke, I had a friend of mine who once put on a political rally/car show. You think you could get something like that going in your town? Are you a skilled craftsman and not much of a talker? Can you build anything with your hands? Well, what about putting together a giant eye-catching paper mache Barack Obama that can draw some press for the next political rally in your town? You may even make your contribution in a way that’s not political. Both Tammy Bruce and Michael Medved used to be much more liberal than they are today and both of them told me during interviews that meeting happy Christians who were really nice to them made a major impact on their lives and helped move them to the Right.

What it all comes down to is that people tend to think men like Reagan, Rush and Breitbart are practically super human, but they put their pants on one leg at a time, just like you. What that means is that you can make a big impact, just like they have.

At the end of the day, we’ve made a lot of progress over the last few years. Republicans control the majority of state legislatures, the governorships, the House, the Senate – we even have a shaky majority in the Supreme Court. Honestly, we have a great shot to win the presidency, too, but is it enough? Doesn’t it feel like we’re STILL moving backwards half the time?

Well, if that’s going to change, then the activists in the party are going to have to change it. I know you guys have put in a lot of work and a lot of effort, but your country needs more. Reagan isn’t coming. So, you guys are the ones on the white horse and your country desperately needs you to step it up. So, what are you going to do now?