GOP Leaders Shouldn't Forget That They Won Because Obama Sucks, Not Because They're Great 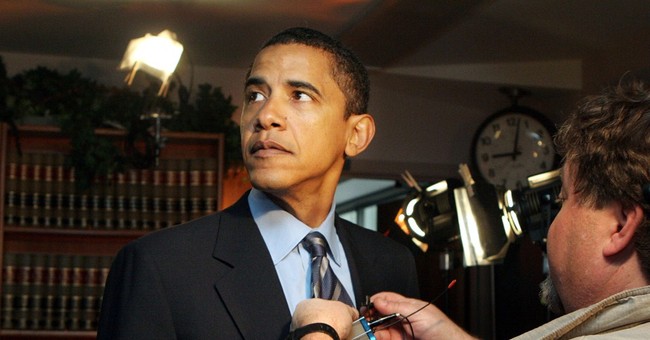 For the American people, voting in the 2014 election was like choosing whether they'd rather get Democrat Ebola or the Republican flu. Just because they chose the flu doesn't mean that Republicans should start assuming that people love them.

Hell, I'm a conservative and even I don't love the Republican Party.

Our leadership teams in the House and Senate are comprised of inarticulate country club Republicans who are to politics what the Waffle House is to fine dining. Many of the Capitol Hill staffers and consultants are out-of-touch lickspittles who hold flyover country conservatives in contempt because they’ve errantly concluded that being in the proximity of members of Congress somehow raises their IQ 40 points. The National Republican Senatorial Committee? Everyone in that organization should be fired and run out of politics. Afterwards, the GOP should burn the building to the ground and salt the earth so nothing will ever grow there again.

That doesn’t mean everyone is doing a bad job. Most people thought Republicans would lose governorships, but we added them instead. Thank you, Republican Governors Association. Also, Reince Priebus and the RNC bent over backwards to improve the GOP’s election data, to increase turnout, and to build bridges to the base. That paid off big time. We also can’t forget conservative Republicans like Ted Cruz, Jeff Sessions, Mike Lee, Tim Scott and Trey Gowdy who have stood tall, fired conservatives up and gave the base a reason to vote when our “leaders” were letting us down. That’s not a small matter because if the whole Republican Party was made up of mediocrities like Lindsey Graham, Thad Cochran and Peter King, it wouldn’t have mattered whether we voted or not because the country would be going to hell on a shutter no matter what we did.

Unfortunately, we’re now getting to a very dangerous time for a political party run by puffed up incompetents, a time when we are expected to actually do things because we run the House and the Senate. When Boehner, McConnell and the rest of “Team Country Club” were in the shadows and the American people were focusing on how Obama made them want to gouge their eyes out with a stick, it was easy for us to make gains. Now, we’re going to have a team of people who couldn’t sell hamburgers to Chris Christie who are making our case to the American people.

Of course, it SHOULDN’T BE all that hard for the GOP to set itself up for victory in 2016. After all, people love a winner, don’t they? Can’t the Party pretty easily improve its reputation as “obstructionists” just by passing a few popular bills? Couldn’t the GOP leadership easily improve its relationship with the conservative base just by refusing to attack it anymore? Isn’t Obama still President?

What’s so difficult about keeping campaign promises? What’s so tough about living up to what the Party says it’s going to do?

For example, if we intend to repeal Obamacare, the last thing we should do is start trying to change the law to make it more viable. Not only would “fixing” some of the more onerous parts of the law make it much less likely that it will be repealed, it gives Republicans partial ownership of an albatross around the neck of the Democrat Party. Right now, the Democrats own every problem with an incredibly unpopular law. Why would we want to change that, especially when we’re in sight of our goal of holding the House, the Senate and electing a Republican President in 2016 so we can tear the law out root and branch before we replace it with something else? The only changes we should agree to make with Obamacare are ones that make the law less viable. For example, we should move to end the Obamacare bailouts for insurance companies. It’s outrageous that these insurance companies are getting huge payouts from the same taxpayers who are being forced to buy policies they don’t want. Additionally, isn’t it time to end the Obamacare subsidy for members of Congress and their staffs? Why should the American people suffer under the law while members of Congress and their staffs are getting a special break?

Along similar lines, it’s worth noting that almost every Democrat who lost supported the immigration bill that passed the Senate last year while almost every Republican who won opposed it. In many of the campaigns, it wasn’t in the background either; there were people casting votes on the issue. So are Republicans in leadership going to live up to the promises that were made to the American people on the campaign trail or are they going to make sleazy backroom deals with corrupt billionaires who want to make a few more bucks by screwing Americans out of jobs to help foreigners?

The GOP has talked a lot about holding Barack Obama accountable. Now that we have the House AND the Senate, are we going to do it? Is the IRS going to pay the price for going after Tea Party groups? Will the EPA be reined in? Is the GOP going to be a rubber stamp for Obama’s radical judges and appointees? When Obama acts like a dictator by issuing new laws by executive order, is the GOP going to stand by meekly and do nothing about it? We understand the difficulty of impeaching Obama even though he deserves it, but there are a host of actions that smart, courageous leaders with charisma could take short of that. Maybe it will help Boehner and McConnell if they ask themselves what they would do if they were smart, courageous or had any charisma.

As a party, we’re actually in a fantastic position because we can now force Democrats to take tough votes on popular legislation that we can pass and send to Barack Obama. Then if it gets over the filibuster hump, he either has to sign on the dotted line or he has to veto it, which would give our 2016 candidate an issue to run on. So let’s pass the Keystone Pipeline and cut some taxes and regulations to improve job creation. What about a mandatory 21 day quarantine on people coming to America from nations that are rife with Ebola? How about some new sanctions on Iran? Could we pass the Hire more Heroes Act to give businesses incentives to bring veterans on board? How about expanding drilling to help decrease gasoline prices? What about ending government subsidies for abortion and while we’re at it, cutting subsidies for big business at the same time? Last but not least, if Republicans in the House and Senate don’t vote to significantly cut deficit spending, then we DESERVE to lose the Senate in 2016.

Will attempting to implement that modest, common sense agenda take a heroic effort? Is asking the GOP leadership to stop attacking its own supporters a bridge too far? Are conservatives going overboard when we ask the Republican Party to actually live up to what it promises on the campaign trail? If so, it’s only because the GOP insists on putting human jellyfish in leadership positions and sticking with them win, lose or draw as they aimlessly float along with the tide. Hopefully, they will surprise us and live up to their highest potential, which probably consists of being plodding “C” grade leaders who don’t mess things up too badly. Whether they do or don’t, they should know that conservatives will be watching them, we’re not cutting them any slack and we recognize that Barack Obama was the MVP of this election for the GOP, not our Republican Party leadership.