Why I Oppose Barack Obama 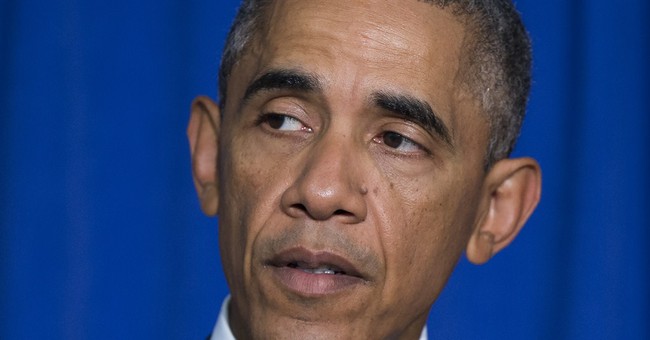 We keep hearing from liberals that people who oppose Barack Obama MUST feel that way because of racism. As if there couldn’t be another reason or for that matter, dozens of other reasons like…

· Opening up the borders and illegally implementing the DREAM ACT

· Refusing to turn away flights from nations with Ebola

· Helping radical Islamists take over in Libya and Egypt

· His obnoxious bowing to other world leaders

· Losing the fight against ISIS

· Losing the war in Afghanistan

· Increasing the debt from $10.6 trillion when he took office to $17.8 trillion today

….and the sad thing is, this isn’t even remotely close to a comprehensive list of Obama’s scandals, corruptions, stupidities and lawlessness. It’s just that reciting the sheer number of poor decisions and bad policy choices that Obama has made would cause people to mentally check out, like they do when they’re trying to wrap their minds around the almost unimaginable size of the national debt.

In fact, other than not stopping SEAL Team 6 from killing Osama Bin Laden, conservatives have disagreed with Obama on almost every significant decision of his presidency. When it matters, he either does nothing when he needs to do something, does something when he should be doing nothing or just plain old does the worst thing possible.

To top it all off, Obama doesn’t have that frustrating naiveté of Jimmy Carter or that “Well, he might be a jackass, but he’d probably be fun to chat with over a burger” charm of Bill Clinton.

Obama is both shockingly incompetent AND toweringly arrogant. He’s both habitually ineffective and habitually condescending. The man lies as often as a professional con man, but is so used to having his bumbling excused that he’s not even good at lying.

Certainly Obama would be more tolerable if he were called out for his screw-ups by his supporters, but he’s like the stereotypical no-good rich kid who gets away with being a punk because his dad is wealthy and owns the only factory in town. There are liberals who support Obama because he’s a liberal. There are Democrats who support Obama because he’s a Democrat. There are black Americans who support him because he’s black. But, there’s almost no one giving any sort of defense of Obama based on his doing a good job or because he’s actually helping the country. In fact, there’s very little defense of Obama at all anymore; there are just attacks on his political enemies, bald faced lies that even his own supporters have trouble swallowing, and excuses.

Oh, and are there excuses.

“It’s George Bush’s fault! The Republicans won’t do what I want! Sarah Palin said this! Rush Limbaugh said that! The media doesn’t support me enough. We didn’t add more jobs because it was cold this winter!”

What exactly does Obama ever do right? Certainly not the economy since there are fewer Americans working today than the day he took office. How about the fight against ISIS which we’re currently losing? How’d the roll-out of Obamacare work out? Did everyone who liked his plan get to keep his plan? What do we have to show for all the money Obama spent on the stimulus? Did he ever get to the bottom of the IRS scandal?

On second thought, does Obama ever get to the bottom of ANY scandal? Nixon was a choirboy compared to Obama and if we’re being perfectly honest about it, the only reason Obama hasn’t been impeached is because Americans don’t want to impeach the first black President. For all the talk about “racism” that we’ve heard, Obama’s race has been his #1 asset. He was elected and re-elected despite not being qualified for the job because he is black, he’s been treated with kid gloves by the press even for a Democrat because he’s black and the only reason he’s avoiding impeachment at this point is because he’s black. That’s a pretty big comedown from the high hopes so many Americans had after the first black President was elected. Obama’s election was going to be the exclamation point that proved America had gotten beyond race and instead, it turned out that the Jackie Robinson of the Presidency was the worst player to ever walk on the field and it was easier for his fans to blame “racism” than admit it.

What it comes down to is that Obama isn’t just a blithering, bumbling Barney Fife without the charm. He’s dishonest, corrupt, narcissistic – and, no, he doesn’t “mean well.” He doesn’t seem to give a flat damn about the country, the American people or anything other than glorifying himself and his ideology. He’s a vainglorious bush leaguer who was never worthy of the presidency in the first place and who views the American people as his servants instead of viewing himself as a servant of the people. That makes him a bad President. That makes him dangerous. That makes him a bad guy.