Millennials, Hollywood Is Lying To You About Work And Success (Part 2) 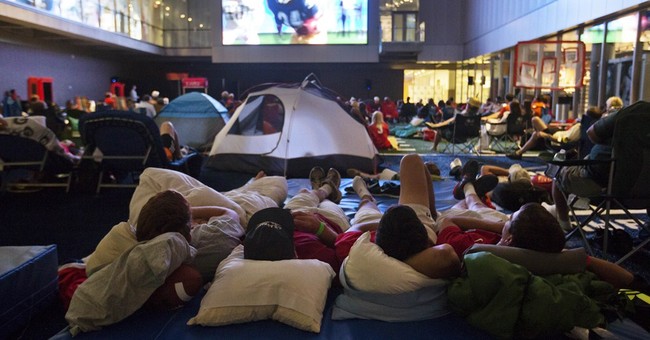 I once knew a guy who wanted to be a singer. I didn’t think he could sing very well, but in all fairness, that never stopped Justin Bieber. In any case, I inquired as to whether he was in a band. He said, “no.” I asked whether he had a demo tape. Nope, he didn’t. I wondered if he was regularly performing anywhere or getting lessons. Uh-uh, he wasn’t. Baffled, I asked him how he expected to become a singer without doing any of those things. He told me that he was hoping to be “discovered” by someone in the music industry.

A lot of people might think that sounds perfectly ridiculous, but don’t we see it in the movies all the time? Isn’t that what happened with Harry Potter and the Percy Jackson series? Doesn’t Professor X do that in the X-Man movies? How about Star Wars?

In the real world, it seldom works like that. Chances are, no one who can really change your life for the better is going to “discover” you because 500 other people who do the same thing as you are already trying to get their very limited attention. As Abe Lincoln said, "Things may come to those who wait, but only the things left by those who hustle.”

Of course, other people assume that they won’t be discovered because the really exceptional talents are so inherently amazing that they stand out in a crowd. To them, great ability is a gift. This is the theme of The Bourne Identity movies, Frozen, Ender’s Game and almost every super-hero movie other than Batman along with an almost unlimited number of other movies where we see people who practically have super human levels of ability despite never seeming to train, practice or do anything to hone their skills.

Many of us buy into this idea because of professional basketball and football players. Obviously, the players who make it have certain genetic gifts that allow them to compete. But, is that really why they made it? Roughly 1-in-25 high school football players make it to college and then 1-out-of-every 14 college athletes eligible for the NFL draft each year get picked. The odds of making it as a pro-basketball player are just as daunting. Roughly 3 in 10,000 high school players ever make it to the pros – and those are two of the sports where physical skills have the biggest impact. In other words, there are loads of players with as much athletic ability as Kobe Bryant or Peyton Manning who never even cut it as bench warmers in the pros.

When you get beyond a very small number of sports, raw genetic talent has a very small impact. The people who are the best at a profession are typically the ones who like it enough to outwork, out study and out hustle the other people in their profession year after year. The most genetically gifted surgeon, salesman or teacher who graduates from the best college isn’t in the same league as the person with middling natural talent who has been working diligently for a decade. Thomas Sowell was right when he said, “Experience trumps brilliance.”

Worse yet, Hollywood has moved beyond the incredibly gifted savant who’s great to the “average” guy with no particular talents who somehow manages to save the day despite having no appreciable skills. The hero in Kung-Fu Panda likes to eat a lot and somehow that helps him become the “chosen one.” Even if Hobbits are generally stealthier than other creatures, Bilbo Baggins was utterly unremarkable and there was nothing about him that should have given Gandalf the idea that he could be the linchpin of their group. Then there are movies like Rando, The Lego Movie, or one I just caught this week, Ride-Along. After failing to show the most basic skills in every situation related to police work, Kevin Hart breaks a huge case and saves a tough, competent cop from an impossible situation using skills he gleaned from playing a video game.

There’s nothing wrong with playing video games. It’s fun and there are even some people I know who’ve made a living in the industry as game designers or believe it or not, even professional gamers. But, guess what? Those people aren’t just having a blast with their friends playing their favorite games, they worked their behinds off, day-in and day-out to make it in a competitive industry. There are an awful lot of people out there, playing video games, partying and goofing off who think they have oodles of untapped potential. Maybe they’re right about that, but the sad fact of the matter is that someone with great untapped potential will probably fail if they don’t spend enough time preparing for the day they get an opportunity. Movies love to play up “heart,” but in the real world, “heart” loses to preparation 99 times out-of-100.

That’s particularly relevant because Hollywood portrays thriving corporations and successful businessmen who’ve risen to their top of their fields as evil so often that it’s practically a cliché. The Umbrella Corporation from the Resident Evil series, Weyland-Yutani from the Alien series, Omni-consumer from the Robocop series, Gordon Gekko from Wall Street, Jean-Baptiste Emanuel Zorg from the 5th Element, Ebeneezer Scrooge from A Christmas Carol, etc., etc., etc., from here to infinity. To be a rich, successful businessman who put in long hours working his way up to the top in the movies is to be unethical, a drone or a greedy sociopath who’d kick a puppy down the stairs to make 5 more dollars.

This is the mentality that makes people think that the “rich” and “successful” must either be lucky or alternately, they must have done something wrong by default. Meanwhile, in the real world, those are the guys living great lifestyles, marrying the hottest women and providing people with every product they love from iPods to Coca-Cola – and the truth is that most of them deserve it.

Recently, PNC Wealth Management conducted a survey of people with more than $500,000 free to invest as they like, a fair definition of “wealthy,” and possibly “millionaire” once you begin including home equity and other assets. Only 6% of those surveyed earned their money from inheritance alone. 69% earned their wealth mostly by trading time and effort for money, or by “working.”

The truth is, the American dream is still out there if you’re willing to educate yourself, work hard, work smart and save your money. It’s not about doing the right thing, it’s about doing the right thing every day, over and over for decades. It’s about working as an intern without pay, working two jobs if it needs to be done and foregoing the flashy car because you want a bigger cushion in your bank account.

Hollywood isn’t going to celebrate you for doing that. In fact, they may cast people like you as the villain and some Hollywood actor like Sean Penn may complain that YOU aren’t “paying your fair share” when you finally start making some serious money at fifty after a lifetime of working your fingers to the bone. Cher will tell you that you’re “greedy” for being upset that the government is taking so much of your money and giving it to people who don’t work half as hard as you do. Michael Moore will have a press conference outside one of his mansions to declare that people like you are ruining America because when your small business took off and you made a fraction of what he makes off of one of his films, you didn’t pay your employees what he considered a high enough wage.

What it all comes down to is that when you start to feel as if Hollywood is shaking its knobby finger directly at people like you, that’s when you know you’re on the right track.