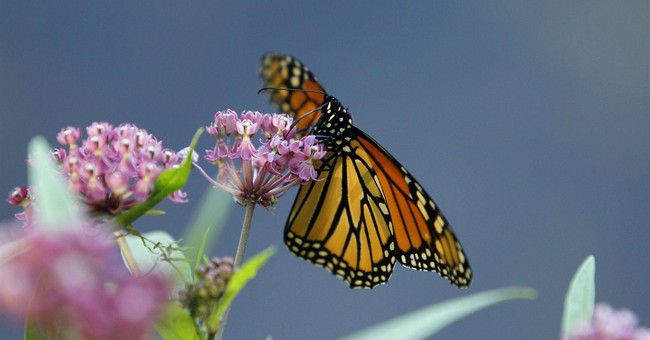 Liberals are forever struggling to understand the basic tenets of human nature that most other people just take for granted. You’d think they would have picked something up from the death throes of the Soviet Union, Greece, or Detroit, but as Talleyrand might say, “They have learned nothing, and forgotten nothing.” Whether that’s some sort of genetic defect liberals are born with, ignorance, or just willful blindness is hard to say, but the results are the same in any case. Since it’s easier for light to escape a black hole than it is for a liberal to entertain a new thought, it’s probably hopeless to try to make them aware of what they’re missing. However, if you’re aware of the mistakes they habitually make, you may at least be able to keep more open-minded people from following them over a cliff.

1) People respond to incentives: This isn’t just Humanity 101; it’s Life On Earth 101. Want to teach a dog a trick? Get him to do the trick and then pet him on the head and give him a treat. Repeat it enough times and you can get the dog to sit, roll over, and give a high-five on command.

You don’t give human beings Milkbones and belly-rubs, but the same basic principle applies. People who are getting unemployment benefits are less motivated to look for jobs. If you welcome illegal immigrants today, more are likely to come tomorrow. If you raise taxes and people get to keep less of the money they earned, some of them will respond by earning less because it’s no longer worth their time.

Trying to explain this concept to liberals makes them flail their arms in the air and scream, “That does not compute,” like Robby the Robot from Lost in Space. Really, liberals, pointing out that your actions have consequences isn’t some kind of trick. We promise!

2) Personal responsibility is good for people: The easiest way to foul anything up is to put someone in charge of it who won’t pay any price if it goes wrong. That’s one of the many reasons children are so hopelessly incompetent compared to adults. They’re not earning money, they’re don’t have any big responsibilities on their shoulders, and if things go wrong, Mommy and Daddy are at fault because they were in charge!

Speaking of people who think like little children, liberals don’t grasp this. They don’t realize it’s bad for people to have someone else making the decisions about their kids’ education, their retirement, and their health care and it’s even worse that the government officials that take those decisions away from people are usually given a free pass when they screw-up.

3) Human beings are not angels: As James Madison said, “If men were angels, no government would be necessary.” Yes, people will come to this country specifically to get welfare and food stamps. Yes, people will commit voter fraud. Yes, there are an awful lot of poor people who DESERVE to be poor because they’re lazy, waste their money, or keep popping out kids by different daddies. Yes, there are just bad people out there who will murder you for no other crime than being American, Jewish, or even just “not Muslim.”

It would be bad enough if liberals merely failed to take account of these people because other human beings will learn from their example. If one person is allowed to get ahead by cheating the system, other people will follow his lead and eventually even “good” people may decide they’d be fools not to do the same thing. But worse yet, because liberals are so stunningly naïve, they make every excuse in the book for people whose behavior should not be excused. Wherever there is a devil doing evil, somewhere you will also find a liberal championing his behavior and telling the world he’s an angel.

4) Nobody cares as much about other people as they do for themselves: The modern Left’s intellectual forefathers in the Soviet Union never could wrap their heads around this one. “From each according to his ability, to each according to his need” may sound nice in theory, but in principle it can never work because of the ugly truth about human nature.

As a human being, you may wish the fine folks in Equatorial Guinea well. If there’s a persuasive commercial on TV, you may even be willing to send them a few bucks to help with whatever problems they have. But, are you willing to dedicate your life to helping them the way you’d help your own child? Are you going to feel the pain in your wallet for 18 years to save up and send someone you’ve never met to college? Can somebody you’ve never heard of from Equatorial Guinea call you up tomorrow and ask you to take money out of your savings to fix his truck? No, because you don’t know him and so, you don’t care about him.

Liberals incessantly design policies that assume you do care about taking care of random people as much as you care about taking care of your friends and family. Their little secret is that liberals don’t care either. It’s just that there is no bottom to how much financial pain liberals are willing to inflict on others so they can pretend to be compassionate with the money they confiscate from them.

5) Men and women are different: Rather famously, Time Magazine did a cover story in 1992 called, “Why are men and women different? It isn’t just upbringing. New studies show they are born that way.” Congrats to the liberal who finally figured something out in 1992 that cavemen who didn’t know how to make fire already grasped instinctively.

Of course, they STILL don’t get it. If anything, liberals seem to be going backward from the perfectly ridiculous idea that gender is a “social construct” to, “You can be whatever gender you feel like, whenever you feel like it.”

The angry man-hating feminists who do realize what gender they are aren’t much better. On the one hand, they say women can do anything a man can do – except buy birth control, apparently. Sadly, that’s pretty typical of the schizophrenic approach of modern liberal feminism. Women are tough and strong, but they feel sexually harassed if some guy has a swimsuit calendar on his wall. Women are just as capable of being cops and soldiers as men, but reduce the standards so they can qualify. Women should make just as much as men, but they should also have a lot more time off so they can spend time with the kids.

It’s fine that women tend to be more interested in shoes, cabinets, and making babies smile while men tend to be more inclined towards sports, cars, and Ninja movies. Masculine men and feminine woman fit together like puzzle pieces and trying to jam us all into one androgynous jumble for the sake of liberal ideology isn’t doing anyone any favors.