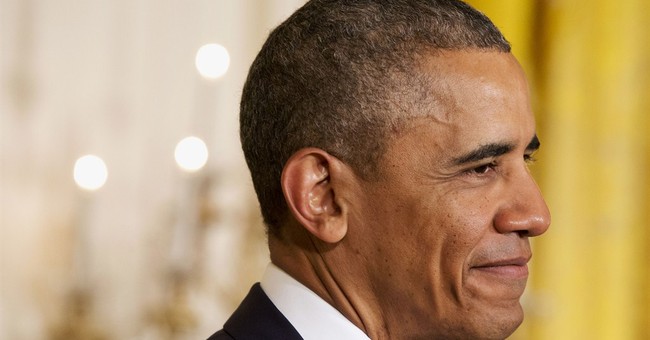 Are you Hispanic, black, Asian, Jewish, gay, young, old, poor, or a woman? Well, then you may have heard that conservatives like me hate you. In fact, I'm sure you've probably heard some version of it a hundred times since it seems to be the standard rap for liberals these days. "Those conservatives are racists! They hate Hispanics! They're homophobes! They're Nazis! They're engaged in a war on women!"

Well, first off, do you really think you can trust liberals to tell you what motivates conservatives? Can you REALLY trust Paul Krugman, Michael Moore, and your college professor who is railing about American imperialism and white privilege to tell you what people like me are thinking? Do you even believe they know in the first place and if they did, could you really trust them to give you an honest rundown of why conservatives disagree with them about pretty much everything under the sun?

Obviously, they're not exactly the best source about what conservatives really think and most conservatives find it a little insulting to talk about our "motivation" since it's always framed in "when did you stop beating your wife" terms. If you don't beat your wife, that's an offensive question. If you're not racist, sexist, homophobic, anti-Semitic, etc., etc., it's offensive to be accused of it. Incidentally, while there are always exceptions, the overwhelming majority of conservatives aren't any of those things and, yes, they do get offended when they're falsely accused. Wouldn't you? So, why should they be any different?

While I can't speak for all conservatives about what motivates them, I can speak for myself. I am a Tea Party conservative. I run a website called Right Wing News. In fact, I’m so far to the Right that I was blackballed from the 2008 and 2012 Republican National Conventions for being too tough on our last two presidential nominees. I didn’t think either of them were particularly good politicians, but I also didn’t believe they were conservative enough.

I don’t even hate Barack Obama, Chris Matthews, or Harry Reid. Admittedly, I don’t like them, I don’t think they’re good for the country, and I have big problems with their agenda. But, if one of them was drowning to death in a lake, I’d toss him a life preserver. I wouldn’t be happy if they got sick or something happened to one of their kids. I wouldn’t be celebrating if they died. I even have liberal friends. How good of friends? Good enough to go to dinner with. Good enough to invite them to stay in my home.

I could also add that I have friends that are black, Hispanic, gay, Jewish, etc., etc., but bizarrely, people treat that as some sort of racist dodge these days. So, let’s not go there. But, let’s do point out the obvious: conservatives tend to get along particularly well with other conservatives while liberals tend to get along with other liberals. Conservatives like Clarence Thomas just as much as liberals like Obama. Is it racist for liberals to dislike Clarence Thomas? If conservatives would love to see Ted Cruz as our next President, does that mean we love Hispanic Americans while liberals hate them because they’d vote against him or does it mean that both conservatives and liberals like people who agree with them?

How many times have you heard someone say that Tea Parties are racist? A zillion, right? Yet, at every Tea Party I’ve ever been to, there have always been not many, but a few black or Hispanic Americans there. They’ve always come across as just as relaxed and comfortable as everyone else. That’s because they actually know conservatives, not the funhouse mirror image of conservatives that’s presented on the Left.

Here’s another little secret: there are openly gay people in the conservative movement. They get invited to events. They go to parties. Just because someone’s a Christian or is against gay marriage (unapologetically guilty on both counts) doesn’t mean he’s anti-gay. On a personal note, I’ve had gay writers at Right Wing News, I organized a petition to get Alec Baldwin fired from Capitol One for anti-gay slurs, and I’ve been to more than one GOProud party. Did some of those people disagree with me 110% on gay marriage? Sure, but that doesn’t mean we hate each other.

Also, do you really think conservatives like me are engaged in some sort of misogynistic war on women? Just because we have the same position -- as Ann Coulter, Michelle Malkin, Michele Bachmann, Dana Loesch, Laura Ingraham, S.E Cupp, Nikki Haley and Sarah Palin -- on abortion and forcing companies like Hobby Lobby to violate their religious convictions? That doesn’t even make any sense – and by the way, if you really buy into the idea that conservatives want to keep women barefoot, pregnant, and stuck in the kitchen making them sandwiches -- look at that list of extremely popular conservative women I just mentioned and note that none of them is a, “yes, whatever you say, dear” Stepford wife. Yet all of them are extremely popular with conservative men.

So, if conservatives aren’t motivated by hate, what REALLY motivates us?

Personally, I want to see us get our debt in control because I think there is a very real possibility that Social Security and Medicare as we know them are going to end within the next couple of decades because we simply won’t have the money to continue those programs any more. If that happens – and it’s more likely than not that it will – a lot of good people who worked hard and played by the rules throughout their whole lives are going to get hammered.

I worry that the next few generations of Americans aren’t going to have it as good as we have because we’re being so irresponsible with our money today. I worry about kids growing up in an amoral society where marriage doesn’t matter, God is ignored, and they’re told that if it feels good, it’s okay to do it.

I oppose illegal immigration because I think we should be more concerned about poor and middle class workers than illegal aliens. It’s not fair that there are Americans who can’t find jobs because they can’t work as cheaply as people who don’t pay for medical insurance, don’t pay for car insurance, and cheat on their taxes. I’m concerned about the potential impact of rewarding tens of millions of people for breaking the law and if you look at the flood of children on our southern border being drawn here by our immigration policies, you should be, too.

I can still remember being poor enough to seriously consider sleeping in my car for a couple of months to save up money; so I can empathize with anyone struggling to make ends meet. But, I believe we can best help people in the position I was in by creating an environment that allows them to help themselves. Offering training and creating a powerful economy that makes it easier for them to get good jobs will do more to really help people than any government welfare program ever could.

Maybe you agree with what I just said and maybe you don’t. Well meaning, intelligent people can disagree – and let’s face it, conservatism isn’t for everyone. If you love nothing more than abortion on demand and Obamacare, you’re better off voting for the Democrats. However, if you believe in fiscal responsibility, law and order, traditional values, a strong defense, equal opportunity, and small government, then we’re on the same side. It may true that, "There's a sucker born every minute," but you don’t have to be one of them by being scammed into believing that conservatives hate you.