4 Reasons The American Dream Will Be Over Unless We Act 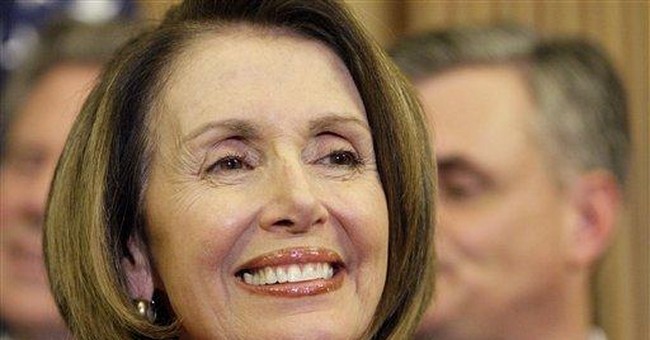 "Make no mistake about it, this generation is a generation of thieves and the people who stole their parents and their children’s money to make their own lives cushier are at it again. This time the target is their grandchildren." -- Evan Sayet

Throughout American history, generations of our countrymen took pride in leaving the country better than the one they grew up in. Their attitude about sacrifice was summed up by this classic quotation from Tom Paine:

"If there must be trouble, let it be in my day, that my child may have peace."

That is no longer the spirit that animates our leaders or much of our country. Today, it's,

"If there must be trouble, let our children and grandchildren handle it, so that I am not inconvenienced."

History is full of great nations that have fallen from their lofty perches back into the ranks and the United States is likely to be among them unless we change our attitude about the following issues:

Meanwhile, the top 50% of income earners pay 97% percent of the income taxes. "In 1945, 41.9 workers supported each (Social Security recipient), while today only 3.3 workers support each retiree." That number will continue to shrink.

In other words, we're developing into a two-tiered society. Some people like to think of it as the "haves" and "have nots." However, it would be more apt to describe it as the people who pay the bills and the people who live off of the fruits of their labor.

This is an extraordinarily dangerous development for our country. It makes us overly dependent on workers and entrepreneurs who may flee the country or simply stop working as the burden on them grows. It also leads to class warfare, with the producers becoming increasingly resentful of an ever more demanding class of sows dining at the government trough.

Of course, it's easy to be demanding when you don't have to pay the full value of the services you receive. It's also easy to be resentful when you don't get your money's worth in government services and are treated as selfish for wanting to keep more of the money you earned for yourself. This is not a recipe either for societal stability or for long-term prosperity.

2) A degenerating society: America's success has been because of our people, not because of our government. It is almost impossible to overestimate the value our country has gotten out of having a hard working, honest, charitable, patriotic, culturally homogenous population.

Yet, the cultural elements that have made this a great nation are under attack on every level. The stigma for taking government assistance is fading, government is taking over the role of charity, many liberals mock the idea of patriotism, divorce rates have grown perilously high, support for gay marriage has increased, the percentage of the population that's Christian is dropping, and multi-culturalism and even dislike of America is replacing the idea of the Melting Pot.

The culture of a nation often tends to be more resilient than people realize, but that doesn't mean it can be taken for granted. If the bonds that hold us together disintegrate or the fundamental decency of the American people is no longer a given, our nation will no longer be great. As Samuel Adams said back in 1779:

"A general dissolution of principles and manners will more surely overthrow the liberties of America than the whole force of the common enemy. While the people are virtuous they cannot be subdued; but when once they lose their virtue then will be ready to surrender their liberties to the first external or internal invader."

3) Mounting debt: There's no peril greater to this country's future than our rapidly increasing debt. We have no idea how to pay for our Social Security and Medicare obligations, we seem to be running larger and larger deficits every year, and neither political party has the guts to make significant cuts in spending. Meanwhile, the politicians in DC are so irresponsible that they're obsessed with adding yet another cripplingly expensive entitlement program on top of the others we already have now, despite the objections of the American people.

Could this lead to hyperinflation that dramatically lessens the worth of a dollar? Could it, over the long haul, give nations like China so much economic leverage over us that it would be difficult to refuse them? Could the amount of money we have to pay in interest on the debt become so odious that it could dramatically reduce economic growth? Sadly, all of these scenarios are becoming more plausible by the day.

4) Nuclear proliferation: If we don't have the will to stop a "death to America" chanting terrorist regime run by religious fanatics from getting nuclear weapons, then we don't have the will to stop any nation. That's how it will be read across the Middle-East and across the world as well if Iran gets nukes. Mahmoud Ahmadinejad and company wouldn't be alone either. If they get nukes, we should expect at a minimum Egypt, Iraq, Kuwait, Saudi Arabia to also build nuclear weapons. Once that genie is out of the bottle, it'll never be put back in and the United States will suffer horribly as a result.

That's not just because of the much greater potential for nuclear war and nuclear blackmail, but because the strongest of all nations will always have a target on its back. Imagine terrorists smuggling nuclear bombs into Los Angeles, DC, Chicago, and Houston and then, after the explosion, not even being able to determine which rogue nation produced the weapons that killed millions of Americans. That's the future we're headed towards unless Iran is stopped and the consequences will be more devastating than most Americans can imagine.