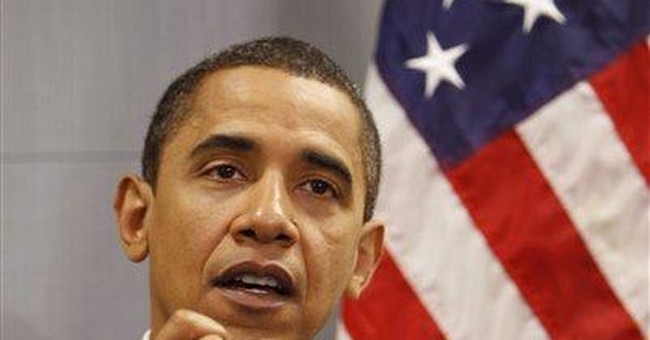 More constructive criticism aimed at idiots who are too dumb to ever take it: (See part 1 here) America's colleges: Why is it that it seems like every former terrorist, communist, and kook with an IQ over 100 seems to be able to get a job teaching our kids in a university? Meanwhile, Jay Leno's show is out in the street interviewing people who think Fred Flintstone was our first President. What do we expect when our colleges are hiring moral degenerates like Ward Churchill and Bill Ayers to shape the minds of our college students?

The Slanket: Is there a worse product in all of America than the Slanket? How much money do you need to have burning a hole in your pocket to look at a "blanket with arms" and say, "Oh yeah, I gotta have that!" In all seriousness, if you want a Slanket, grab your coat, turn it around backwards and put it on. Congratulations, you now have your very own Slanket!

Sarah Palin Haters: Know who I really hate? Sarah Palin! I mean, who does she think she is trying to get ahead based on her abilities -- as opposed to moving up because she married the right man or because she's part of the right family? She's certainly no Hillary Clinton or Caroline Kennedy; that's for sure!

Plus, she isn't rich, she has never been to a Washington dinner party, and who ever heard of having a President who didn't go to Yale? That's just ridiculous, because as everyone knows, all wisdom either comes from Ivy League schools or from Inside the Beltway.

Moreover, obviously the woman is dumb as a rock -- which is quite a coincidence if you think about it, since liberals characterize every Republican who runs for President or Vice-President as either weird or dumb.

Worst of all, she actually excites conservatives and as the Republican Party's incredible winning streak at the ballot box lately proves without a shadow of a doubt, the key to electoral success is completely demoralizing your party's biggest supporters by selling them out on key issue after key issue that they care about.

The New York Times: If an employee of our intelligence agencies gave the same data to Al-Qaeda or the Chinese that the New York Times publishes on its front pages, Americans would be clamoring to hang him for treason. Meanwhile, the Times is revealing that same classified information to the whole world so they can sell a few thousand extra copies of their failing newspaper. If you want to see Americans dead, you have few finer allies on the planet than the New York Times.

Arnold Schwarzenegger: Few people better exemplify what's wrong with American politics than Arnold Schwarzenegger. He ran as a fiscal conservative and turned out to be a bigger spender than the guy he replaced. He ran as a Republican and yet he has governed to the left-of-center on almost every issue. He has been a complete and utter disaster for California; yet he's a political juggernaut because he has charisma and star power. Schwarzenegger just goes to show that you can have no principles whatsoever, be terrible at your job, and still be a stunning success in American politics if you're slick and shameless enough.

John McCain: Let's see -- there was campaign finance reform, the Gang-of-14, amnesty for illegal aliens, his support of the global warming hoax, his desire to coddle terrorists at Gitmo, sucking up to the liberal press, backing the bailout -- and to top it all off, he lost the White House for the GOP in 2008 and then kept his mouth shut while his staff trashed Sarah Palin. Hey, John McCain, here's a suggestion: if you really want to put "Country First," the best thing you can do is retire in 2010 before you do any more damage.

The Democrats in Congress: At its highest levels, the Democratic Party of Nancy Pelosi, Barney Frank, Harry Reid, and Ted Kennedy has become so radical, so unmoored from reality, and so oblivious to the real world results of the things they support -- that they would literally turn America into a ramshackle, Third World sewer within a few decades if they were able to do anything they wanted. Granted, it would be a third world nation with government sponsored abortion on demand, but the Democratic Party can only continue to survive and thrive because of the very Christians, capitalists, and conservatives that they regularly disparage.

Billy Mays: You got money? Good, then I will hawk your crap while I yell! Look at this product! It's the best ever! That's the Billy Mays guarantee! Call now! We'll double it! I'm not done yet! Buy now and get 11 free! Why am I still yelling!?!

Rough toilet paper with a picture of a puppy, angel, or teddy bear on the front: If you're going to sell rough tissue paper, you should have to take the picture of the fluffy bunny hugging an angel in a pile of feathers off the front of your packaging and replace it with a wire brush. That way, people will at least get a little truth in advertising.

The "Europe Is So Wonderful" Crowd: There are so many people in this country who desperately want to turn the United States into Europe -- but, they never stop to ask: what's so great about Europe these days? Western Europe is full of nations with stagnant economies, sky high taxes, anemic militaries, below replacement birth rates, and they are in cultural turmoil. Britain is practically a police state. Immigrants in France burn cars for sport and Spain's population is halving every generation. Asking the United States to copy Europe makes about as much sense as putting Barney Frank and Chris Dodd in charge of fixing the mortgage crisis....uh, wait a second. Maybe that explains a lot.