Eddie the Eagle Review: The Human Spirit soars in this inspiring drama

John Hanlon
|
Posted: Mar 02, 2016 10:38 AM
Share   Tweet
The opinions expressed by columnists are their own and do not necessarily represent the views of Townhall.com. 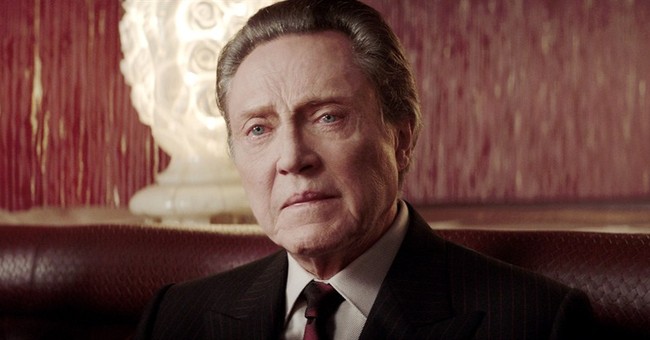 One of the most interesting aspects of the new sports drama Eddie the Eagle is that the film both follows the traditions of uplifting sports films while candidly rejecting them. In many sports movies about individuals, the hero trains for months — if not years — for a big event. There are roadblocks along the way but the hero is able to overcome them and makes it to the final battle. Last year, Creedwas a tremendous example of that formula’s success.

Eddie Edwards, played here nicely by the underrated Taron Egerton, didn’t want to be a ski jumper when he was growing up in England. He simply wanted to be an Olympian. Despite the fact that he wasn’t coordinated and his father derided him by saying “you are not an athlete,” Edwards wanted to compete in the Olympics no matter what. The feature begins by showing Edwards trying out different sports. None of them take. His closest call comes when he nearly makes it to the country’s 1988 Olympics skiing team but that plan falters as well.

After discovering the sport of ski jumping and — more importantly — the lack of English competitors in the sport, Edwards takes up the sport. In a field where some of the best competitors started training when they were six, Edwards starts jumping when he’s 22. Edwards eventually enlists the support of Bronson Perry (Hugh Jackman), a former Olympic athlete who had once been trained under the tutelage of acclaimed ski jumper Warren Sharp (Christopher Walken).

Screenwriters Sean Macaulay and Simon Kelton feature Eddie as the main character here but Perry’s background with Sharp is responsible for the more traditional sports story. Perry was a born athlete who was never able to fulfill his potential at the Olympics, much to Sharp’s disappointment. Perry is the one who would’ve been the star of a more traditional sports story but here, he’s the supporting player. His story of redemption plays out in the background as Edwards journeys to the Olympics.

Because he is not a traditional athlete, Edwards faces a unique type of criticism at the Olympics. Some viewers think he is making a mockery of the sport of ski jumping while others think he’s a sideshow clown. To his credit, director Dexter Fletcher captures the different views of Edwards.

There are traditional villains here — a coach who mocks Edwards and a fellow athlete who tricks him — but there’s also an awareness that there were some reasonable critics of Edwards, who judged him without knowing what was in his heart.

When Edwards makes a major decision in the drama’s third act, it truly shows that he really does love the sport of ski jumping. He himself knows the media backlash he’s faced and he’s prepared to prove himself to show who he really is and more importantly, who he wants to be.

Admittedly, the film does have its faults. At times, Fletcher’s direction of the jumps are a little distracting with the camera zooming in dispassionately at the faces of the athletes but overall, the sports drama works extremely well. It doesn’t have a traditional ending but Edwards’ story didn’t have a traditional beginning either.

“I was kicked off every team I was ever on before I had the chance to prove myself,” he says and Eddie the Eagle provides a kind-hearted showcase that reveals this athlete proving himself both to his fellow athletes and to the world.