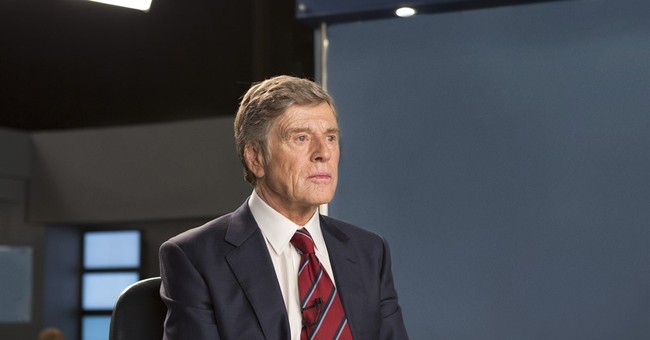 It’s hard not to be apprehensive when a film about controversial true events — based on the book by one of the key figures in those events — is named Truth. The title makes it seem like it offers a final and objective view of the events in question. Unfortunately, this new movie about the Rathergate scandal offers neither.

Truth attempts to tell the story behind the controversial 2004 60 Minutes report about President George W. Bush’s military service during the Vietnam era. That story, which was questioned and criticized minutes after it aired, argued that Bush neglected his service in the Texas National Guard but political officials— who they believe helped him get into the guard in the first place— tried to cover up some of the messier details of Bush’s service. Airing less than two months before the presidential election, the report relied on unreliable sources and military documents. Ultimately, CBS anchor Dan Rather reportedly retired earlier than expected after the scandal broke and the producer, who fought to bring the story to air, was terminated.

That producer— Mary Mapes— is played by two-time Oscar winner Cate Blanchett and this entire film has been adapted from her own book Truth and Duty: The Press, the President, and the Privilege of Power. Considering that Mapes lost her job at CBS because of the report, it’s hard to take this story at face value. Mapes is clearly the storyteller here and more often than not, the drama presents her own subjective point of view.

Robert Redford stars as Dan Rather, who is presented as an amiable but thoughtful news anchor whose only objective is honest journalism. “You stop asking questions and that’s when the American people lose,” he states. For the film’s first 40 minutes, questions are raised by these journalists but after the report airs, the controversy erupts showing how flimsy their report actually was.

Instead of astutely building up the story though, writer/director James Vanderbilt seldom strays from the narrative that Mapes and Rather are truth tellers and much of the criticism about them was unfair. Even when the 60 Minutes story airs onscreen, the background music soars as if the report was a commendable piece of journalistic integrity.

After bloggers start to question the veracity of the 60 Minutes claims, their own questions aren’t painted with the same high regard. When Mapes and Rather ask questions on air, that service is captured as positive and patriotic but when bloggers start to question their findings, those claims are diminished. It's as if certain people should be allowed to ask questions but others aren't.

Added to that fact is the subtle suggestion that legitimate criticism of Mapes’ work was abusive. Mapes, we’re told, suffered physical abuse at the hands of her father, an abuse that came about when she asked questions. “She would get beat up for asking questions,” 60 Minutes researcher Lucy Scott (Elisabeth Moss) states. A few scenes later though, Mapes argues that the critics who have called her report into question “don’t get to smack us for asking the [expletive] question.”

There's a brief scene where Mapes reads some of the hateful comments about herself online. Clearly, those ugly comments went beyond the pale but much of the criticism of her reporting was reliable and compelling so focusing on the mean comments of unknown commenters belittles the fact that the 60 Minutes report was not as credible or fact-checked as it should've been. Some of the greatest critiques of the report — such as the idea that she contacted the Kerry campaign while preparing it — are quickly glossed over here.

There are a few powerful scenes here that hint at what might’ve been. In one, Mapes is forced to confront her abusive father over the phone while in another Rather — trying to save the credibility of CBS News — is tasked with undercutting the image of one of the report’s main sources. It’s here where the film feels genuine and really powerful but if Truth wanted to be hard-hitting, it should’ve sought to more fairly tell this story without a heavy-handed tone that seldom lets the story breathe for itself.