Review: "Best of Enemies" Explores the Rise of Political Punditry 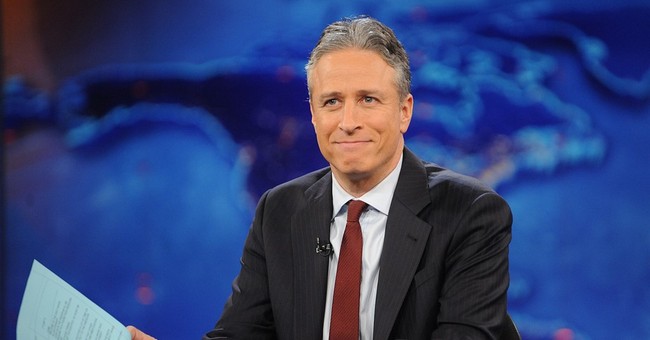 In an ironic twist of fate, Best of Enemies — a new documentary about the rise of political punditry — is arriving in theaters at a time when Jon Stewart (a longtime critic of punditry) is going off the air as the host of The Daily Show. Political punditry, like television itself, has not always been with us although sometimes it seems that way.

In 1968 — one of the most tumultuous years of the 20th Century — ABC News changed televised debates forever when it bet on the idea that viewers would tune into a political debate between staunch conservative William F. Buckley Jr. and the ultraliberal Gore Vidal. The documentary explores a series of ten debates between the two feuding forces that occurred during the respective political conventions of that year.

During that year, ABC News was faltering in the news ratings. CBS had Walter Cronkite while NBC had the Huntley-Brinkley Report. ABC was looking for something exciting and controversial to spice up their coverage of the political conventions. They hired Buckley Jr. and Vidal to debate each other on the issues of the day. The two were political rivals and personal adversaries.

As Christopher Hitchens (who is interviewed in the feature) notes, “They really do despise each other. Each thought the other was quite dangerous.”

Using archival footage of the debate and the later writings of the two intellectuals, directors Robert Gordon and Morgan Neville focus the film’s 87-running time on the debates themselves. Little time is spent on the reasoning behind political philosophies or particular policies. The movie, like many television political debates today, is focused on the theater of the debate itself. Watching the two intellectuals argue one another was good television and proved that in the ratings.

What might be interesting to viewers is seeing how punditry has coarsened over the years. When Buckley and Vidal debated, they were academic intellectuals firmly entrenched in their respective ideologies. The filmmakers even-handedly show this by not indulging in debates about who was wiser or quicker (which might have been an act of punditry itself) but showing segments of the debates that showcase the excitement of their arguments and the spontaneity that made the debates so watchable.

Because the debaters disliked each other, they were willing to say anything about their opponent and unlike today, there was less of an urge to apologize immediately when something politically-incorrect was stated. In the ninth of ten debates, Buckley and Vidal truly let loose on one another attacking each other personally with Buckley even threating Vidal with physical violence. Providing the voice of Buckley’s writings on the subject, Kelsey Grammer notes that Buckley wrote that — after that acrimonious debate — Vidal whispered to him “Well I guess we gave them their money’s worth tonight.”

Indeed they did and as the feature’s poster suggests “Television has never been the same.”

The thoughtful and provocative documentary — without taking a side in who was right and who was wrong in the debates — shows how these early debates foreshadowed some of what was to become of television punditry. Pundits would gain great prominence on television news channels. Some, like Buckley Jr. and Vidal, helped elevate the debates through intellectual arguments and thoughtful critiques while others simply existed to spout off partisan talking points. As the film shows though, some political debates — who may seem friendly on television —are really masking an undeniable disdain for their sparring partners, a disdain that sometimes rears its ugly head while the cameras are watching.

Perhaps that disdain is good for television but perhaps it’s not.

When the film closes on moments of pundits talking about the political issues of the day and Stewart’s infamous criticism of Crossfire, the filmmakers have left viewers with the right questions to ask. It’s up to the viewers themselves though to decide the answers.