Migrant Parents Put the Children in Psychological Danger, Not the U.S.

John Dempsey
|
Posted: Jul 12, 2018 12:00 PM
Share   Tweet
The opinions expressed by columnists are their own and do not necessarily represent the views of Townhall.com. 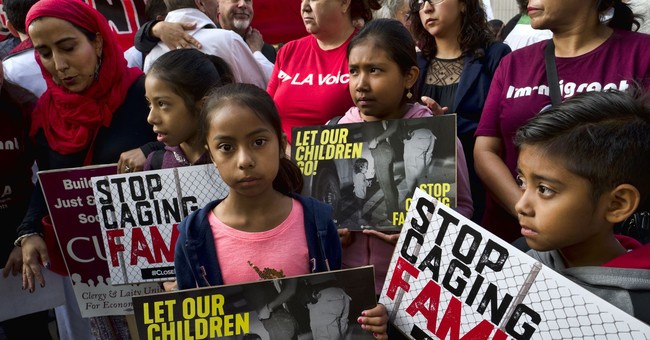 The left pretends that they are moral ones in the child separation debate. An article that was published online in Psychology Today focused on the psychological damage a child is likely to go through during separation from their parents after crossing the border illegally. It made several comments based on feelings, but that is about it. The left loves to use emotions as some absolute truth when making arguments for public policy. However, the parents of these children receive no blame for any psychological damage that might occur.

The author, Ana Nogales, stated several times that separation might cause anxiety and trust issues. Parents create trust issues. They had the kids take the trek, not the United States. She did not mention anything about the parents. Instead, she blamed the Border Patrol for executing the laws.

The world is a horrible place. There are murders, kidnappings, sexual assault, theft, and other crimes. Nogales went on in her article to state, “One of the issues that a child separated at the border will have to face is their perception that the world is not a safe place in which to live.”

The left searches for an unattainable utopia that is created by the government. Progressive politicians tell their constituents that government will keep them safe, and they have all the answers for a world where no violence occurs. If laws kept us safe, there would be no murder, theft, intentional property damage, or any crime at all. Criminal legislation is reactionary in nature.

Yes, parents should give protection and shelter to their children. They should not, however, take their children and send them off on a train 1500 miles to the southern United States border, or pay a coyote to guide their kids through the desert, risking sexual assault, and other traumatic events.

Nogales ends her article with a straw man argument saying “How can the American people justify this? The Nazi’s never could…” In her entire article, she doesn’t mention that Obama’s administration followed the family separation policy his entire eight years. That leads one to think “How could Nogales not be upset about this during Obama’s entire time in office?”

She uses the emotional argument that parents who force their children to live in cages are child abusers. She completely ignores the fact that these illegal aliens do not come in through ports of entry, but illegally through open areas. The left, who pushes lawlessness at the borders, now cares about laws against injuring children. It’s an interesting dichotomy.

The words anxiety or depression appear in the article several times. As a doctor of psychology, she should look at the big picture. For instance, she should honestly examine the situation. When parents take their kids through the desert, the children witness people dropping dead from dehydration or exhaustion, or hearing/seeing sexual assault, which would cause some mental trauma. However, she decides to blame the American government for separating children from adults that can’t prove they are the child’s parents at the time.

Nogales’ article was full of emotional angles in favor of illegal aliens. However, she never mentioned American citizen children that are separated from their parents due to arrest, or the State taking the children for some reason.

Protecting emotions and feelings don’t help children. At some point, they will need to know how dangerous the world is. Otherwise, they will suffer mentally because of sheltering.

By the way, stop minimalizing what Nazis did because you believe in open borders. It shows how little you know about the separation issue and history.