John Dempsey
|
Posted: Jul 10, 2018 12:01 AM
Share   Tweet
The opinions expressed by columnists are their own and do not necessarily represent the views of Townhall.com. 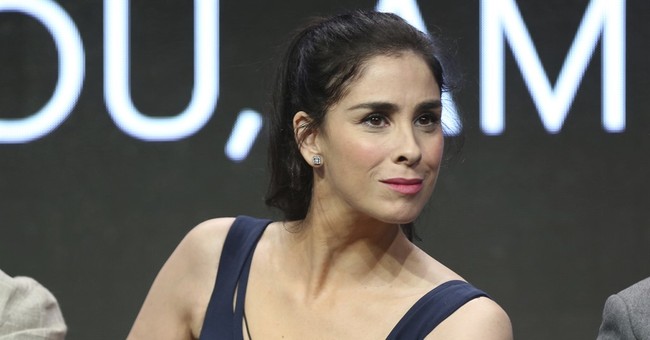 Sarah Silverman is an ignorant leftist. Dan Bongino, a former NYPD police officer and Secret Service agent, now Fox News contributor, managed to trigger Silverman with recent comments. Bongino said, ”Socialism is a disaster. The only people who support Socialism are people who don’t know what it is or people who want to win elections,” while speaking on Fox and Friends. Even though factual history supports his comments, Silverman couldn’t stop herself from riding the ignorance train to the station.

Silverman tweeted out calling Bongino “daft.” She went on to say that socialized programs such as education and healthcare have been created to ensure that all children have the same opportunities. She continued by asking Bongino if he liked the police department and fire departments since they were “social programs.” Silverman’s comment was embarrassingly foolish. Public safety institutions don’t cut a monthly check for welfare benefits. They don’t hand out SNAP cards. Her tweet is indicative of a leftist that operates on pure emotion and ignores facts, definitions, and reality.

Silverman stated that education and healthcare for all must be available through social programs. We already know the problem with those two entities. The public school system has turned into daycare for lazy, disconnected children producers -- I don’t even want to call them parents – that indoctrinates kids into political partisans, not educated children. Moreover, socialized healthcare is an abject disaster, look at Canada and the United Kingdom. When health patients are picked through for treatment, liberals have lost all ability to claim it is moral for a government to make sure everyone has access to doctors.

Just because social programs are “available to all” doesn’t make them good. It doesn’t matter that everyone can get a government service for “free” if that service is subpar, and categorizes the ill as salvageable, expendable, or too costly.

If Silverman cared so much about children, she wouldn’t support government-funded programs for kids. There are plenty of non-profit charities, and churches that carry out programs to assist children. They often have volunteers. Volunteers working for a program that was created to do good is more effective than a bloated bureaucratic government agency ever could be.

Silverman attacked Bongino because she knows that socialism is a failure, but won’t admit it. How can anyone ignore Venezuela? The facts are on the news every day. They can ignore the results of large government control, but that doesn’t deny the truth.

Ultimately, the left protects socialism because it is the political philosophy of the governmental Santa Claus, giving away money, phones, and food. The left depends on votes from those who rely on handouts. Socialism is the ultimate hand out. If they continue to rob voters of their dignity to self-sustainability and self-reliance, Democrats will stay in office. Pointing out socialism’s failures endangers their political standing.

Until liberty becomes innate – which it never will because it is indeed a virtue -- the left will always steal self-value from citizens through forcing social programs on the masses.