His mother, Priscilla, raised John on her own after his birth father walked out on them both shortly after John's birth. She taught in the public schools while they lived on Chicago's tough south side in a small apartment.

John's mother later remarried, and his stepfather, Thomas Cox, was a lifelong postal employee. Both parents often spoke of the waste and inefficiency in the public school system and in the post office - both government-run monopolies.

He attended the University of Illinois at Chicago, graduating with honors and a degree in Accounting and Political Science. While attending night school at ITT/Chicago Kent College of Law, John landed his first job with the prestigious accounting firm of Coopers and Lybrand.

After graduating with high honors in 1980, he worked as an associate at a prestigious law firm before starting his own practice.

He opened a law and accounting firm in 1981. An investment advisory firm, real estate management company and a venture capital firm soon followed.

In the 1990's, John led the investment group that purchased Jays Foods, a major regional potato chip manufacturer, saving over 600 local jobs. He recruited and led a team of professional managers who turned a $17 million loss into a $3 million profit in less than a year.

He is a long-time Republican activist. He has served as president of the Cook County Republican Party and was on the state steering committee for former Housing Secretary Jack Kemp's presidential run in 1988.

John himself ran for the GOP nomination in the 10th Congressional District in Illinois in 2000; the GOP nomination for U.S. Senate in 2002; and, while acting as the President of the Cook County Republican Party demonstrated his commitment to the turnaround effort of that beleaguered organization by serving as the GOP nominee for Cook County Recorder of Deeds in 2004, winning newspaper endorsements for his plan to get rid of the office once elected.

He has served on a local school board, a zoning board and on the boards of charities such as the American Cancer Society, Boy's Hope/Girls Hope and United Charities.

John created a chapter of Rebuilding Together, a nationwide charitable organization that is dedicated to renovating homes for low-income, elderly, disabled, and families with children. Seeing the need for the program in his community, John recruited a board and formed the Christmas in April - North Suburban Chicago Chapter.

John currently sits on the board of the USO and FireWorks for Kids Foundation.

John is the father of four daughters; Sarah, Stephanie, Shannon and Julianne, John has been deeply involved in their education and other activities, serving as a soccer and basketball coach and tutoring at school and many other activities.

He and his wife, the former Sarah Hall, reside in Chicago.

He is the author of three publications, "Campaign for Prosperity and Renewal", "A Blueprint for the Renewal and Rebirth of the Illinois Republican Party" and he has just completed his new book on changing American politics by bringing back statesmanship: Politic$, Inc. 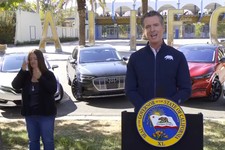 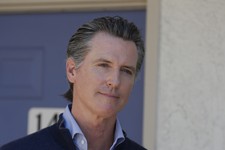