How Are Republicans and Democrats Different?

John C. Goodman
|
Posted: Jan 30, 2016 12:01 AM
Share   Tweet
The opinions expressed by columnists are their own and do not necessarily represent the views of Townhall.com. 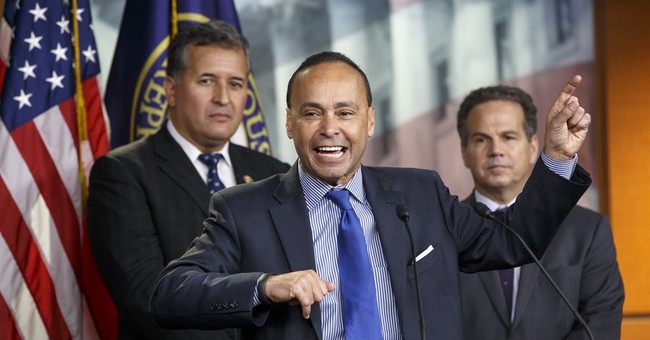 Have you ever wondered why Republicans and Democrats differ in the way they think about government? I’m not talking about the difference between conservatives and liberals. Those differences are pretty apparent. But most Democrats are not all that liberal and ideology is not what drives them to the voting booth.

Let’s drill down a bit on what that really means. Ezra Klein describes an interesting journalistic experiment. MSNBC asked Benjy Sarlin, its reporter on the Republican race, and Alex Seitz-Wald, its reporter on the Democratic race, to flip jobs for a week and write up what they learned. I‘ll skip the full conversation and zero in on what Klein found most revealing -- a statement by Sarlin:

I was caught off guard by how specific and personal Democratic voters’ issues tended to be. One woman told me she had lost a job because she had to take care of a sick relative and wanted paid family leave. Another woman told me her insurance stopped covering a certain medication that had grown too expensive and she liked how Clinton and Sanders talked about lowering drug prices. One man told me his wages were stagnant at his hotel job and he was looking for policies to increase them.

"We’re talking about bread-and-butter issues," Phyllis Thede, an Iowa state representative backing Clinton, told me when I asked about her constituents’ top concerns.

By contrast, Republican voters tend to be excited by more abstract issues: One of the most common answers I get from Cruz voters when I ask about their leading concern is "the Constitution." There are fewer "I have a specific problem in my own life, and I’d like the government to do x about it" responses.

These findings are consistent with my own anecdotal experience. For many years I was an attentive viewer of C-Span’s morning show – where callers could call in on a “Democratic” or “Republican” line. What I found striking was how rarely anyone on the Democratic line talked the way Bernie Sanders talks. I don’t recall a single caller saying we should all (including the caller) pay higher taxes so that we can have paid family leave or free college tuition or universal pre-school or universal long term care.

Instead I heard teachers arguing for more pay for teachers, seniors wanting more out of Social Security and Medicare, union members wanting trade protection, etc. In other words, what I heard a lot of was selfishness. The Democratic line attracted a lot of people who want government to intervene for their benefit at everyone else’s expense.

In column after column, New York Times writer Paul Krugman repeats the canard that the Republican Party is the party of selfishness and greed and the Democratic Party is the party of altruism and charity. This, by the way, is how most of the intellectual elite thinks. Yet if we look at the personal behavior of Republicans and Democrats, the reverse seems to be true.

The modern Democratic Party descended from the Roosevelt coalition. And that coalition was solidly based on economic self-interest. At Franklin Roosevelt’s behest, Congress passed the National Industrial Recovery Act (NIRA), which attempted to regulate the entire economy, based on the Italian fascist model. In each industry, management and labor were allowed to collude to set prices, wages, output, etc. Every industry or trade was allowed to conspire to pursue its own interests at the expense of the public. The Supreme Court put an end to the NIRA, but it didn’t put an end to the ideas behind it.