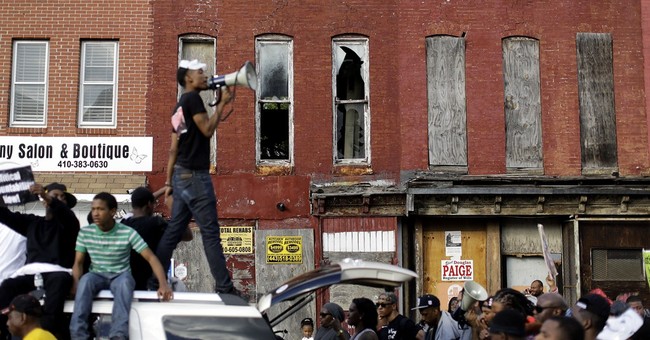 Last time I looked, Gates was producing products that bring joy to the life of kids who live everywhere. And he is giving away almost all his wealth to help the poorest people in the world. And Rowling? All she does is write books that youngsters like to read and help make movies people of all ages flock to see. What I know about the riots in Baltimore is mainly what I have seen on my TV screen. But I don’t recall any signs that read “Down with Gates” or “We Hate Rowling.”

That doesn’t stop New York Times writer Paul Krugman, who is up to the task of turning almost any tragedy into an opportunity to peddle snake oil. When he is not covering up his abysmal record economic prediction, Krugman’s columns tend to have three themes: (1) people are poor because they can’t find jobs, (2) nonetheless we should do everything we can to close off job opportunities, by encouraging labor union monopolies, raising the minimum wage and voting against any political candidate who has the courage to oppose the teacher unions and try to improve the schools and (3) then blame the tragedy that unfolds on the “top tenth of the top 1 percent.”

Let’s get rid of one left wing myth right away. Krugman and other liberal commentators are asserting that Baltimore’s poor minority community is suffering from “neglect.” True? Hardly.

Among the top 100 school districts in the country, Baltimore spending per student ranks number two – trailing only New York. According to George Mason University economist Alex Tabarrok, Baltimore spends $17,196 per student – an amount that would pay the tuition at some of the nation’s most exclusive private schools. Further, according to Terence Jeffrey, the Baltimore school system has about 10,165 teachers and other staff on the payroll in the 2012-2013 school year — or about 1 for every 8.3 students.

Yet the school system there has all the characteristics of a classic bureaucracy. Despite an 8 to 1 student-to-adult ratio, class sizes are often 40 students per teacher. And despite a huge budget that would be the envy of most inner city schools, according the Baltimore Sun only $5,190 per student finds its way into the classroom. Perhaps that’s why we are hearing that students are using 20-year-old books.

In some neighborhoods, half the students don’t show up for class on any given day. One reason may be the deplorable conditions of the school buildings. Baltimore businessman Jay Steinmetz writes in the Wall Street Journal:

My two children attend a public elementary school where …. Bathroom stall doors and toilet-seat lids are missing. The heat goes out in the winter and the air-conditioning goes out in hot weather. It’s hard to explain the importance of developing science and math skills to students wearing winter coats in the classroom.

Maybe that is why the results are so bad. Marc A. Thiessen reports in the Washington Post:

[A]ccording to the 2013 National Assessment of Educational Progress (NAEP), 55 percent of Baltimore fourth graders scored “below basic” in reading while just 14 percent scored at the proficient or advanced level. Meanwhile 54 percent of eighth graders scored “below basic” in math, while just 13 percent were proficient or advanced.

As for the role of government, Baltimore has the highest income and real estate taxes in the state of Maryland. And it hasn’t hesitated on the regulatory front either. As Steinmetz explains:

State and city regulations overlap in a number of areas, most notably employment and hiring practices, where litigious employees can game the system and easily find an attorney to represent them in court. Building-permit requirements, sales-tax collection procedures for our multistate clients, workers’ compensation and unemployment trust-fund hearings add to the expensive distractions that impede hiring.

As for inequality, that is actually becoming much less of a problem. According to the Internal Revenue Service, $125 million in taxable annual income in Baltimore vanished between 2009 and 2010. As people who create jobs leave the city, those who remain are more equal than before.