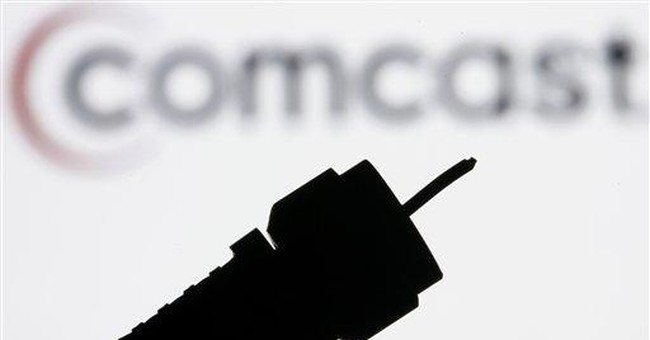 The internet is safe for the moment from the clutches of federal regulators thanks to a court decision that may be a harbinger for legal challenges to ObamaCare.

The United States Court of Appeals for the D.C. Circuit struck down on April 6 an effort by the FCC to regulate internet policies of a private company. The basis of this unanimous decision in Comcast v. Federal Communications Commission may bode well for the multiple cases pending that claim that the just-passed Health Care Act is unconstitutional.

The FCC had adopted a ruling which required Comcast to drop a restraint it had placed on use of its services by one of its broadband customers. The FCC acknowledged that it did not have direct, statutory authority to regulate activities on the internet. It argued that the following clause did justify its actions:

"Section 4(i) of the Communications Act of 1934 says that the FCC is entitled 'to perform any and all acts, make such rules and regulations, and issue such orders, not inconsistent with this chapter, as may be necessary in the exercise of its functions.'"

Various "public interest" lawyers had filed an FCC complaint against Comcast, arguing that its restriction of certain broadband users violated an Internet Policy Statement of the FCC that says "customers are entitled to access...the Internet content of their choice." The court recognized that this was a bootstrap argument, because a policy statement of the FCC cannot be binding without statutory authority from Congress.

In 2008, the FCC issued the sanction against Comcast for violating the agency's "net neutrality" guidelines by slowing traffic to the BitTorrent file-sharing site, which Comcast argued was generating "excessive" traffic. Comcast appealed the sanction, saying that the agency had exceeded its authority.

The Commission defended its actions based on certain Supreme Court cases. As the D.C. Circuit noted, however, the latest Supreme Court decision on point did not justify the current reach of the FCC: Unless the FCC action was directly connected to broadcasting in some way, "the Commission's ancillary jurisdiction would be unbounded."

The broader importance of this case is its possible application to the current cases challenging the Health Care "Reform" Act. This legal debate is not new, but ancient, going back to the writing of the Constitution. Article I, Section 8, Clause 18 gives Congress the power "[t]o make all Laws which shall be necessary and proper for carrying into Execution the foregoing powers." The anti-Federalists, who sought to defeat the Constitution, argued that this clause gave Congress unlimited power. Madison, Jay, and Hamilton argued that this was not a new or separate grant of power, but only the right to carry out the specific powers granted in Article I.

For instance, the power to collect excise taxes included the power to build offices and hire officials. It did not include the power to collect other forms of taxes, such as on income. Congress did pass an income tax law during the Civil War. That was declared unconstitutional and not revived until the Constitution was amended in accord with Article V, by the people through Congress and the states, in 1913.

The Preamble to the Constitution, which the Supreme Court has ruled is not part of its legal language as "the Supreme law," refers to "promot[ing] the general welfare." Anyone who combines that clause with the Necessary and Proper Clause could conclude that Congress, and the president's administration, have the power to do anything they choose, as long as they claim to be promoting the "general welfare." This would give the federal government unlimited powers and make the Constitution a dead letter.

The FCC in this case was relying on its own "necessary and proper clause" to justify doing whatever a majority of the Commission was willing to vote for. Until and unless Congress grants authority to an administrative agency, it lacks power to act.

A similar restriction applies to Congress itself. Until and unless the Constitution grants power to Congress to take a particular action, Congress has no such power. The same goes for executive orders by the President. The same, for that matter, also applies to the Supreme Court itself.

Under the separation of powers and the checks and balances between the three branches of the federal government, each branch has an independent obligation to preserve and protect the Constitution. And when any one or two branches of the government choose to violate that obligation, it is the duty of the remaining branch to bring the other two branches back into line with the Constitution.

The Comcast decision is the handwriting on the wall.