Are Ohio Dems Trying to Rig the Census? 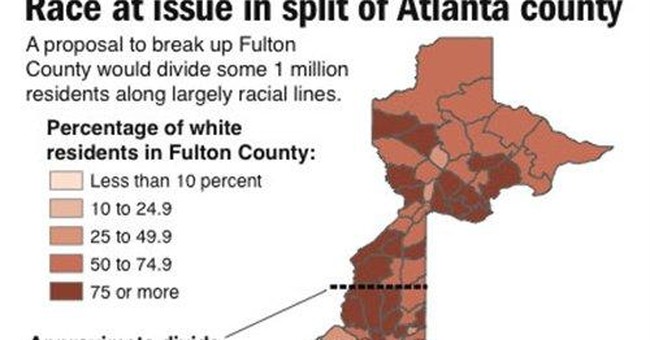 In the crucial bellwether state of Ohio, the Democratic governor has created a heavily partisan committee that may be able to tip the scales on the upcoming 2010 census.

What makes this situation particularly worrisome is that the man tapped to run the committee is current state Treasurer Kevin Boyce, who has an alarming history of playing fast and loose with ethics, from giving large donors lucrative state contracts to burning through taxpayer money for self-promotion.  And that’s just in the one year since he took office.

Given that Ohio is a classic swing state, the implications in an evenly divided nation could be huge.  If census counts are over-inflated in strongly Democratic areas, then a rigged census could result in Ohio losing one fewer Congressional seat—as well as tipping as many as three or four other swing seats from the GOP to the Democratic column, using the doctored census figures to boost the power of gerrymandering.

Of course, if the Obama Administration is strictly non-partisan and actively combats any attempts from state and local Democratic officials in over-counting the number of residents in Democratic strongholds, then there is no risk of funny business.

But with so much on the line and the presence of a number of cutthroat Obama advisors, that’s a big “if.”

In order to ensure that all Americans are counted in the 2010 census, every state was encouraged to form a “complete count committee.”  The idea is simple enough, with a stated goal of maximizing the response rate for census forms, which would minimize the need for home visits by census workers and theoretically achieve a more accurate count.

Census forms, however, operate largely on the honor system.  Whatever number of residents a head of household writes down, in other words, becomes the number entered into the massive census database.  Absurd numbers would likely raise red flags for follow-ups, but what happens if even, say, 10% of homes in a particular neighborhood tell the government that the household has one or two residents above the actual figure?

Despite assurances from U.S. Census Bureau spokesperson Michael Cook that there are “checks and balances” to thwart any fraud, none of those measures was detailed or explained, per bureau policies.  With only undefined safeguards, the integrity of the system itself is crucial for a national headcount that can be trusted.

That’s why Ohio is so troubling.

Ohio’s Complete Count Committee—which the Census Bureau spokesperson described as a “full partner”—is headed by the Democratic state treasurer, Kevin Boyce, who has a disturbing history of ethical lapses.  His transgressions range from traditional cronyism to reckless handling of taxpayer money.

This is the man spearheading the state of Ohio’s “full partnership” with the U.S. Census Bureau.  Boyce’s committee is also, in the words of the Census Bureau spokesperson, “encouraged to come up with creative approaches to increasing response rates.”

But “creativity” is the last thing we should want from someone with Boyce’s shady track record.

The potential for mischief is certainly greater than zero—especially with so much on the line.  Hundreds of millions of dollars are at stake, and the skewing of the Congressional redistricting could even tip control of the U.S. House if the two parties are nearly tied in the other 49 states.  That’s called incentive.

As for opportunity, Boyce’s committee will be given thousands of blank census forms to place at unmanned booths in “high-traffic” locations across the state.  These “Be Counted Sites” will allow any passerby to grab a form, fill it out, and send it in.

From the handling of the forms by the committee to the completion of them by ordinary Ohioans, it’s all on the honor system.  Census Bureau spokesperson Lisa Cochran wrote in an e-mail, “Be Counted Forms will be checked against mail-in questionnaires to ensure that they are not duplicates of forms already received, and that they belong to verifiable addresses.”

That said, there’s little the Census can do for verification if someone claims to have been transient or homeless, or if a household resident count is slightly inflated.

As “full partners” in the 2010 census, Boyce and his cronies presumably would have the knowledge of how best to game the system—and his lapses show that he doesn’t allow ethics to stand in his way.